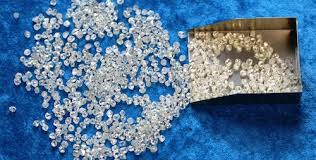 Diamcor Mining Inc. (TSX-V:DMI) (OTCQX:DMIFF) reports that, further to its news release of March 12, 2014 announcing the closing of its brokered private placement of 2,147,858 units at a price of $1.40 per Unit for gross proceeds of $3,007,001.20 and its intention to consider additional subscriptions having the same terms as the Offering and which are received within the applicable price reservation period, the Company has now received subscriptions for an additional 338,700 Units.

The 2nd Offering closed on March 21, 2014, resulting in aggregate gross proceeds to the Company of $474,180 and the issuance of 338,700 Class A common shares and 169,350 share purchase warrants whereby each Warrant is exercisable until March 21, 2017 to purchase an additional Share at a price of $1.80 per Share.  The Shares and the Warrants will be subject to a hold period expiring on July 22, 2017.  As the 2nd Offering was completed on a non-brokered basis, no commission or broker warrants were issued to any agent.

The Company received conditional approval to the 2nd Offering by the TSX Venture Exchange on March 4, 2014.  Proceeds from the Offering will be used to support the advancement of the Company’s Krone-Endora at Venetia Project, and for general corporate and administrative purposes.

Diamcor Mining Inc. is a fully reporting publically traded junior diamond mining company which is listed on the TSX Venture Exchange under the symbol V.DMI, and on the OTC QX International under the symbol DMIFF.  The Company has a well-established prior operational and production history in South Africa, extensive prior experience supplying rough diamonds to the world market, and has established a long-term strategic alliance with world famous Tiffany & Co.  Rather than exposing itself to the high risks and costs associated with traditional exploration, the Company’s focus is on the identification, acquisition, and operation of unique diamond projects with near-term production potential such as the Krone-Endora at Venetia Project.