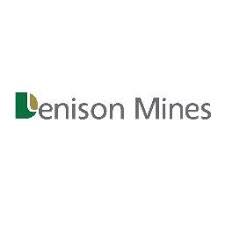 Denison Mines Corp. (TSX:DML) (NYSE MKT:DNN) (NYSE American:DNN) is pleased to report the discovery of high-grade uranium mineralization 600 metres and 1 kilometre to the northeast of the Gryphon uranium deposit, on the Company’s 63.3% owned Wheeler River project, in northern Saskatchewan. The winter drilling program is now complete, resulting in a total of 21,153 metres drilled in 29 diamond drill holes.  The program was focused on step-out drilling along strike of the Gryphon deposit and reconnaissance level regional exploration along the K-North and K-West trend.  The winter 2018 drilling results reported in this release are preliminary, equivalent uranium (“eU3O8”) results derived from a calibrated downhole probe. Drill core samples have been collected and submitted for chemical assay, results of which will be reported when available.

High-grade intercepts were obtained at the sub-Athabasca unconformity along the K-North trend, to the northeast of Gryphon, from reconnaissance drill fences spaced 200 metres apart, including:

The results indicate a continuation of the Gryphon mineralizing system to the northeast, and highlight the potential for the discovery of an additional high-grade uranium deposit within the basement or at the unconformity along strike of Gryphon.

In addition, wide-spaced reconnaissance drilling along the K-West trend, approximately 500 metres west and northwest of the Gryphon deposit, has identified the hallmarks of a significant fertile trend with the potential to host high-grade uranium – including a large re-activated graphite-bearing fault zone, hydrothermal alteration and elevated radioactivity.

Further details of the winter 2018 drilling program and the results are provided below, including comprehensive drilling tables of preliminary eU3O8 results.

Dale Verran, Vice President Exploration of Denison commented, “The last time Denison undertook any significant regional exploration on Wheeler was in 2014, which resulted in the discovery of Gryphon. The initiation of regional exploration once again in 2018 has been met with positive results delivering high-grade intercepts along the K-North trend and identifying K-West as a significant fertile trend. Furthermore, the initial step-outs from Gryphon confirm potential to continue to expand the mineral resource. We look forward to the summer drilling program to continue to test regional targets across the Wheeler River property and commence follow-up activities where warranted.”

A total of eight reconnaissance holes were completed along the K-North trend to the northeast of the Gryphon deposit. Drilling was completed along four drill fences located approximately 200 metres apart with two drill holes per fence. On each fence, the drill holes were designed to test the G-Fault (principle mineralized structure at Gryphon); (1) at the sub-Athabasca unconformity, and (2) within the basement, approximately 100 metres below the unconformity, respectively.  Preliminary eU3O8 drilling results are provided in Table 1 and drill hole locations are shown in Figure 2.

The K-West trend is parallel to, and located approximately 500 metres west of, the K-North trend and shares many geological similarities. During summer 2016, weak basement-hosted mineralization and extensive clay alteration was intersected in drill hole WR-663 at K-West (see Denison’s press release dated August 4, 2016).  Follow-up drilling commenced along strike of WR-663 as part of the winter 2018 program, with 100 metre step-out holes in both directions, and two reconnaissance drill holes completed further along strike to the northeast (located at 400 and 750 metres from WR-663, respectively). Preliminary eU3O8 drilling results are provided in Table 1 and drill hole locations are shown in Figure 2.

The Gryphon deposit remains open in the down-plunge area to the northeast and five holes were completed in this direction during the winter 2018 drill program. Preliminary eU3O8 drilling results are provided in Table 2 and drill hole locations are shown in Figure 2.

Four step-out drill holes were completed on a 50 metre spacing to test for D series lens mineralization along strike to the southwest of the D series lenses included in the current Gryphon mineral resource estimate. Preliminary eU3O8 drilling results are provided in Table 2 and drill hole locations are shown in Figure 2.

A location map of Wheeler River and the Phoenix and Gryphon deposits is provided in Figure 1. The winter 2018 drill hole locations are provided in Figure 2. Drill traces, mineralized pierce points and Gryphon mineralized wireframes are projected to the interpreted basement geology at the sub-Athabasca unconformity. The interpreted basement geology map has not yet been updated to include the geology intersected in the winter 2018 program; however, the revised G-Fault location is shown to illustrate the optimal ‘target horizon’ at the unconformity.

Dale Verran, MSc, P.Geo, Pr.Sci.Nat., Denison’s Vice President, Exploration, who is a Qualified Person in accordance with the requirements of NI 43-101 has reviewed and approved the technical information contained in this release.

A Pre-Feasibility Study was initiated for the Wheeler River project in Q3’2016 and is expected to be completed during 2018. Prior to initiation of the PFS, a Preliminary Economic Assessment was completed in Q2’2016, which considered the potential economic merit of co-developing the high-grade Gryphon and Phoenix deposits as a single underground mining operation. The PEA returned a base case pre-tax Internal Rate of Return of 20.4% based on the then current long term contract price of uranium (US$44.00 per pound U3O8), and Denison’s share of estimated initial capital expenditures of CAD$336M (CAD$560M on 100% basis).

In January, 2017, Denison entered into an agreement with its Wheeler River Joint Venture partners, Cameco and JCU, to fund 75% of Joint Venture expenses in 2017 and 2018 (ordinarily 60%) in exchange for an increase in Denison’s interest in the project to up to approximately 66%. Under the terms of the agreement, Cameco will fund 50% of its ordinary 30% share in 2017 and 2018, and JCU is expected to continue to fund its 10% interest in the project. Pursuant to the agreement, as at December 31, 2017, Denison had increased its interest in the Wheeler River project from 60% to 63.3%.

Denison is a uranium exploration and development company with interests focused in the Athabasca Basin region of northern Saskatchewan, Canada. In addition to its 63.3% owned Wheeler River project, which ranks as the largest undeveloped high-grade uranium project in the infrastructure rich eastern portion of the Athabasca Basin region, Denison’s Athabasca Basin exploration portfolio consists of numerous projects covering approximately 353,000 hectares. Denison’s interests in Athabasca Basin also include a 22.5% ownership interest in the McClean Lake joint venture which includes several uranium deposits and the McClean Lake uranium mill, which is currently processing ore from the Cigar Lake mine under a toll milling agreement, plus a 25.17% interest in the Midwest and Midwest A deposits, and a 64.22% interest in the J Zone deposit and Huskie discovery on the Waterbury Lake property. Each of Midwest, Midwest A, J Zone and Huskie are located within 20 kilometres of the McClean Lake mill.

Denison is also engaged in mine decommissioning and environmental services through its Denison Environmental Services division and is the manager of Uranium Participation Corp., a publicly traded company which invests in uranium oxide and uranium hexafluoride.