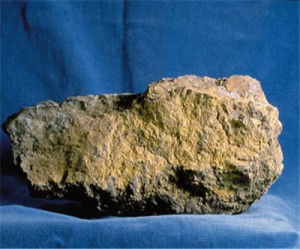 Denison Mines Corp. (TSX:DML) (NYSE MKT:DNN) is pleased to report the closing on June 6, 2014 of a previously announced transaction with International Enexco Ltd. whereby Denison acquired all of the issued and outstanding common shares of IEC. As a result of the transaction, Denison has acquired IEC’s uranium exploration assets in the Eastern Athabasca Basin of Saskatchewan, consisting of a 30% interest in the Mann Lake property and an additional 20% interest in Denison’s Bachman Lake property.
Mann Lake is a joint venture with Cameco Corp. (52.5%) and AREVA Resources Canada (17.5%) and is the site of a new high grade, unconformity related uranium discovery announced in March of this year in the prolific McArthur River – Key Lake corridor. Cameco Corp. is the operator.
The Transaction
The acquisition of IEC was completed by way of plan of arrangement under the Business Corporations Act (British Columbia). As a result of the Arrangement, Denison acquired all of the issued and outstanding IEC Shares that it did not already own, while certain non-Canadian assets were spun out to a former subsidiary of IEC.
Under the Arrangement, each IEC Share was exchanged for 0.26 of a Denison common share, one common share of Spinco, and one-half of a warrant to acquire an additional Spinco share at a price of $5.00 for six months. Any outstanding warrants and options of IEC were automatically exchanged for options and warrants of Denison and Spinco. All options and warrants of Denison have been adjusted by reference to the exchange ratio of 0.26. The Denison options issued in the exchange will expire in 90 days, and the Denison warrants issued in the exchange will expire in accordance with the expiry dates of the original IEC warrants.
Spinco now holds 100% of the Contact Copper Project and all other US mineral properties formerly owned by IEC. Former IEC shareholders now own approximately 2.1% of Denison.
Denison is advised that, in accordance with exchange requirements, trading of IEC Shares was halted at IEC’s request at the close of market on the TSX Venture Exchange on June 6, 2014 and are expected to remain halted until IEC is delisted on June 10, 2014. Any IEC Shares traded prior to the trading halt that have not yet settled represent only an entitlement to receive the consideration under the Arrangement, as described above. IEC will apply to cease to be a reporting issuer under the securities laws of British Columbia and Alberta as soon as possible.
IEC shareholders who have not yet done so are encouraged to tender any remaining IEC shares by contacting Computershare Investor Services Inc. toll free at 1-800-564-6253 or by email at corporateactions@computershare.com.
Mann Lake
The Mann Lake property is located in the Athabasca Basin, approximately 25 kilometres southwest of the McArthur River mine, and is on trend between McArthur River and Denison’s 60% owned Wheeler River property. Mann Lake is considered to be highly prospective for unconformity related uranium deposits due to its location, geology, alteration, geochemistry and mineralization.
In March of this year, drill hole MN-060 targeted the extension of weak mineralization encountered 300 metres along strike to the north in drill hole MN-047. IEC reported that MN-060 intersected high grade uranium mineralization consisting of 2.31% eU3O8 over 5.1 metres at the sub-Athabasca unconformity. This was followed by drill hole MN-065, which intersected 3.73% eU3O8 over 1.2 metres half-way between MN-060 and MN-047. IEC has reported that known mineralization now extends 300 metres and is open along strike in both directions.
Bachman Lake
The Bachman Lake property is also located in the Eastern Athabasca Basin and continues to be a high priority exploration project for Denison due to the presence of strong conductors, graphitic basement and sandstone alteration. Drilling is scheduled to continue on the Bachman Lake property this summer.
About Denison
Denison is a uranium exploration and development company with interests in exploration and development projects in Canada, Zambia, Namibia, and Mongolia. Including the high grade Phoenix deposits, located on its 60% owned Wheeler project, Denison’s exploration project portfolio includes 42 projects and totals approximately 483,000 hectares in the Eastern Athabasca Basin region of Saskatchewan. Denison’s interests in Saskatchewan also include a 22.5% ownership interest in the McClean Lake joint venture, which includes several uranium deposits and the McClean Lake uranium mill, one of the world’s largest uranium processing facilities, plus a 25.17% interest in the Midwest deposit and a 60% interest in the J-Zone deposit on the Waterbury property. Both the Midwest and J Zone deposits are located within 20 kilometres of the McClean Lake mill. Internationally, Denison owns 100% of the conventional heap leach Mutanga project in Zambia, 100% of the uranium/copper/silver Falea project in Mali, a 90% interest in the Dome project in Namibia, and an 85% interest in the in-situ recovery projects held by the Gurvan Saihan joint venture in Mongolia.
Denison is engaged in mine decommissioning and environmental services through its DES division and is the manager of Uranium Participation Corporation, a publicly traded company which invests in uranium oxide and uranium hexafluoride.