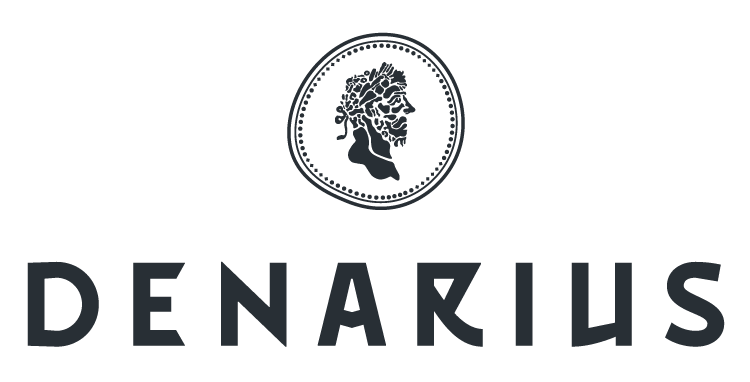 Denarius Metals Corp. (TSX-V: DSLV) (OTCQB: DNRSF) announced an initial Mineral Resource estimate, prepared in accordance with CIM guidelines and disclosure requirements of NI 43-101, on its 100% owned Lomero-Poyatos Project in southern Spain. Lomero is a polymetallic deposit located on the Spanish side of the prolific copper rich Iberian Pyrite Belt, one of the largest districts of pyrite-rich massive sulfide deposits in the world.

The initial MRE has been prepared at the conclusion of the Phase 1 surface drilling program carried out by the Company between October 2021 and July 2022. The initial MRE reflects the early-stage results from this validation and infill drilling program coupled with resource expansion drilling below the historical drilling. This program has enabled the Company to confirm the presence of the expected polymetallic mineralization at Lomero and to increase its geological knowledge to a sufficient level to declare this initial Mineral Resource for Lomero. The Company plans further exploration drilling at Lomero as it continues to validate certain historical drilling, which has been excluded from the current estimates, together with further infill and step out drilling around the Mineral Resources presented herein.

The Company’s initial MRE for Lomero has determined that Lomero is amendable to open pit and underground options or a combination of both. The initial MRE has been reported based on cut-off grades of 0.4% Copper Equivalent for open pit resources and 0.6% CuEq for underground resources, which comprises:

Serafino Iacono, Executive Chairman and CEO of Denarius, commented, “Lomero has a historic Inferred Mineral Resource of 20.93 Mt at 0.9% Cu, 0.85% Pb, 3.05% Zn, 62.38 g/t Ag and 3.08 g/t Au. Our recently completed Phase 1 drilling program has resulted in an initial MRE for Lomero, a measuring stick of our exploration success and progress to date and gives us confidence in the potential for expansion in the size of the deposit, as evidenced by the historic MRE, through further validation drilling. Ultimately, we are focused on the goal of advancing the project towards an economic study after we complete Phase 2 of our exploration work which will commence in October 2022. This initial MRE confirms the significant high gold grade potential of this project as it remains open for further expansion down-dip and along its 1.5-kilometre-long extension to the east. We strongly believe that additional drilling along strike and at depth will continue to expand the initial MRE, as all the surface drilling so far has been very successful. We are confident that our exploration campaign at Lomero will continue to be a key value driver for Denarius as we move forward.”

The Mineral Resource for Lomero with an effective date of July 19, 2022 is shown in Table 1 below. The mineral resource evaluation work was completed by Mr. Benjamin Parsons, MAusIMM (CP#222568), Principal Consultant (Resource Geology) with SRK Consulting (US) Inc. (“SRK”), who is an independent QP of Denarius. In order to meet “reasonable prospects for eventual economic extraction” requirement, Lomero has been deemed amenable to both open pit and underground mining (for the remaining material which has displayed continuity above the defined cut-off grades), with cut-off grades established for each scenario using benchmarked costs taken from similar deposits within the IPB and results and assumed recoveries. The Mineral Resources have been reported based on CuEq with the key assumptions included in the table.

(1) Mineral resources are not ore reserves and do not have demonstrated economic viability. All ﬁgures rounded to reﬂect the relative accuracy of the estimates. Gold, silver, copper, lead and zinc assays were capped where appropriate. It is assumed based on regional benchmarking all the elements included in the Copper Equivalent (CuEq) calculation have a reasonable potential to be recovered and sold. Mineral resources have been depleted to reflect historical mining.
(2) The Copper Equivalent calculation has been defined using the following formula:
CuEq =((Au*19.65)+(Ag*0.37)+(Cu*67.36)+(Pb*14.76)+(Zn*22.45)/96.23)/ Cu Recovery
(3) Mineral resources are reported using an assumed CuEq cut-off grades based on metal price assumptions*, variable metallurgical recovery assumptions**, mining costs, processing costs, general and administrative (G&A) costs, and variable NSR factors***. Mining, processing, and G&A costs total US$30/t for Open Pit Mining and US$45/t for Underground Mining which includes assumptions for prices, recoveries and payabilities. The CuEq cut-off grade 0.4% CuEq (OP) and 0.6% CuEq (UG) is calculated by dividing the costs by the Cu Factor and recoveries.
(*) Metal price assumptions considered for the calculation of NSR grades are: Gold (US$/oz 1,850.00), Silver (US$/oz 24.0), Copper (US$/lb 4.50), Lead (US$/lb 1.15) and Zinc (US$/lb 1.50)
(**) Cut-off grade calculations assume variable metallurgical recoveries as a function of grade and relative metal distribution. Average metallurgical recoveries are: Gold (35%), Silver (50%), Copper (70%), Lead (60%) and Zinc (70%).
(***) Cut-off grade calculations and metal equivalencies assume variable NSR factors as a function of smelting and transportation costs.
(3) Open pit mineral resources are constrained within NPV optimized pits, which SRK based on assumed mining costs defined
(4) Underground Mining resources represent all material below the proposed limiting pit shell which have been confirmed visually to form contiguous units and constrained using a stope optimizer limit
(5) The mineral resources were estimated by Benjamin Parsons, BSc, MSc Geology, MAusIMM (CP) #222568 of SRK, a Qualified Person under the terms of CIM guidelines.

The Mineral Resource presented represents validation of the exploration work completed during Phase 1 and the increase in the geological knowledge gained through the first year of exploration. Historically, a total of 98 surface holes and 61 underground holes have been completed on the Project by the previous owners for a subtotal of 23,471.8 m. Denarius began drilling at Lomero in October 2021 with approximately 26,000 m completed in 83 diamond drill holes by the end of July 2022 and assays received until July 19, 2022. This is considered the Phase 1 program.

All drilling has been completed using diamond hole drilling methods which are drilled from north to south at varying dips, which were designed to intersect the shear zone at favorable intersection angles. The drilling focused on three main tasks:

An approximately 1,000 m long by 400 m deep mineralized deposit was tested by drilling with the results confirming the presence of the polymetallic mineralization, which remains open laterally toward the east and down-dip. Drilling has only been completed from surface to a drill spacing of approximately 50 by 50 m and targeted outside the areas of the previous mining.

The initial MRE prepared by SRK has excluded portions of the historical database completed by the previous explorers Indumetal/Billiton, and Petaquilla Minerals, during the data validation phase. These holes represented high-grade samples (all metals) within the upper portion of the deposit around the historical mining which have not been twinned as part of the Phase 1 surface drilling program. Validation of the PDH holes and twinning of selected PTQ holes, which were not previously assayed, is planned to be completed by the end of 2022. If the validation drilling is successful, introducing these datasets could result in an increase in both tonnage and grade in the next MRE update.

The Company is confident that this estimate highlights Lomero’s potential and is therefore planning to advance the project further with a number of future studies which will include a multi-pronged approach to further develop Lomero which includes:

This initial MRE incorporates a total of 83 diamond drill holes totaling approximately 26,000 m, which have been integrated into the current geological model. A subset of these holes has been used in the initial MRE based on the availability of assay information from the laboratory, which resulted in 71 holes for 21,505 meters of drilling. Additional information has been integrated into the model from geological mapping, and data capture of historical level maps and mining depletion.

SRK is the author of this initial MRE for Lomero. During the work program, SRK and the QP have used the available drilling information to complete the following key tasks:

Grade estimation has been based on block dimensions of 10 m by 10 m by 5 m, for the 2022 model. The block size reflects potential size variations for any underground or open-pit smallest mining units (SMU). SRK has utilized sub-blocking to accurately reflect the defined mineralization and lithological models, with a sub-block size of 2.5 m x 2.5 m x 1.25 m used to reflect the wireframes.

As the initial metallurgical testwork on Lomero is ongoing, for the purpose of this exercise, SRK has used benchmark recoveries typical of the Pyrite Belt deposits. SRK cautions changes in the metallurgical recovery will have a significant impact on the value of the project and notes that changes from historical work noted may result in changes to the MRE. Based on this uncertainty, SRK has limited the classification to Inferred for Denarius’ initial MRE for Lomero.

The evaluation and analysis of the geological and drill data collected to date has identified several other areas with potential for additional zones of mineralization at depth and/or along the extension of the main massive and semi-massive sulphide domains towards the east, coincident with geophysical anomalies that resulted from detailed helicopter-borne time-domain electromagnetic and ground-based gravimetric surveys conducted in 2022.

A second phase of drilling totaling 22,000 meters, which comprises in-fill and exploration drilling, is planned to commence in October 2022. This phase will include a series of in-fill drill holes designed to increase the confidence level in areas previously tested by the Phase 1 drilling, as well as an initial drill test of the geophysical anomalies. One of the main geophysical anomalies proved that the main conductor that is associated with the known massive sulphide body continues to depths well below the current drilling and is open down-dip.

During the review of the historical datasets, SRK noted in 2021 that an underground drilling program was completed in the 1980’s by Indumetal/Billiton using a series of short < 60 m horizontal holes from underground stations. This drilling is reported to have occurred post mining and targeted the existing pillars to test for remaining mineral resources. Limited detail on the holes exists and further verification work will be required to confirm the high grades reported within that drilling. The impact on the potential reporting of Mineral Resources for Lomero related to the use of these 61 underground drillholes in the estimation process could represent a significant upside if the high grades and width of the mineralization can be confirmed from these holes. Based on this sensitivity, the Company is planning seven initial directional drilling holes targeting this mineralization. SRK notes that the current model shows a strong correlation to the higher-grade portions of the PDH holes, which if confirmed could potentially increase the grades in the current model. The PDH holes also display a long “tail” of economic grades which is not represented in this initial MRE. If these grades can be confirmed, there is potential to increase the grades in the upper portion of the deposit.

Ben Parsons, Principal Consultant (Resource Geology) with SRK prepared the initial MRE for Lomero according to CIM Definition Standards and will be supported by a NI 43-101 independent report which will be published and filed on the Company’s website and SEDAR profile within 45 days. Mr. Parsons is a Qualified Person as defined by NI 43-101. The NI 43-101 independent report will include detailed information on the key assumptions, parameters and methods used to estimate the mineral resources.

The Lomero samples were prepared and assayed by AGQ Labs (ISO/IEC 17025) at their laboratory in Burguillos, Seville, Spain. Gold was assayed by 30 g fire assay with ICP-OES finish, while silver and base metals were analyzed in a multi-element package by aqua regia digestion and ICP-OES finish. Blank, standard and duplicate samples were routinely inserted and monitored for quality assurance and quality control.

Denarius is a Canadian junior company engaged in the acquisition, exploration, development and eventual operation of mining projects in high-grade districts, with its principal focus on the Lomero-Poyatos Project in Spain. The Company also owns the Zancudo and Guia Antigua Projects in Colombia.