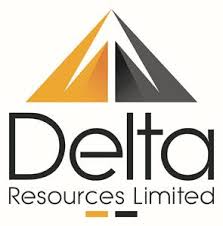 Delta Resources Limited (TSX-V:DLTA) is pleased to announce preliminary results from its first drilling program at the Delta-1 Property, 50 kilometres west of Thunder Bay, Ontario. Results are deemed preliminary as many intervals within the drill holes remain to be sampled in order to define the mineralized zones.

Delta completed a total of 1009 metres of drilling in 6 drill holes in late November 2019, testing the Eureka Gold Occurrence.

From north to south, drilling intersected clastic sediments, ultramafic flows and feldspar-phyric mafic flows with sediments and ultramafic flows crosscut by dikes of intermediate composition. All units are pervasively altered and mineralized the same way. Alteration consists of progressive ankeritization and silicification followed by at least two generations of breccias. The timing of gold mineralization is still unclear. Both alteration and mineralized zones are open in all directions. The true thickness of the mineralized zones can’t be established yet due to a lack of information.

Results to date show a very wide zone of low-grade gold mineralization intersected over 200 metres of strike length in drill holes DT1-19-02, 03 and 05.

Complete results are as follows: 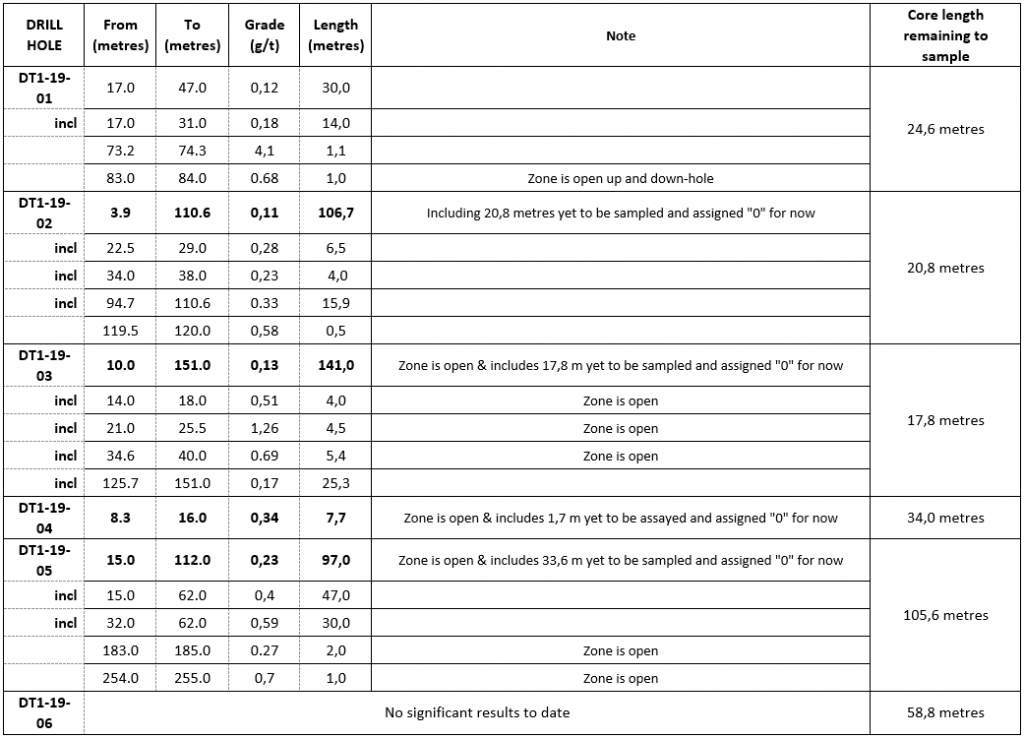 “We’re very pleased with these initial results at Eureka“, says André Tessier, president and CEO of Delta Resources. “The alteration is extensive and pervasive, and there’s a lot of gold in the system. Our focus now is to look for structural traps or the core of the mineralizing system where the higher-grade zones are hiding.”

The Delta exploration team is currently in the field, sampling the intervals yet to be sampled. Results will be released as soon as they are available with a more comprehensive interpretation of the mineralization.

The property is located in the Shebandowan Greenstone Belt and covers a 17 km strike extent of the Shebandowan Structural Zone which also hosts the low-grade – high-tonnage Moss Lake gold deposit (Wesdome; WDO:TSX), 50 km to the west.

Andre C. Tessier, P.Eng and P.Geo. President and CEO of Delta Resources Limited is a Qualified Persons as defined by NI-43-101 and is responsible for the technical information presented in this press release. Mr. Tessier has reviewed the drill core and the analytical results described herein.

Delta Resources Limited is a Canadian mineral exploration company focused on growing shareholder value through the acquisition of high-potential gold and base-metal projects in Canada, exploring these projects with state-of-the-art methods, and potentially developing these projects into mines.

The company’s focus is currently to build a strong portfolio of mineral exploration properties with a high potential for economic discoveries in Canada while evaluating the long-term potential of its 100% owned Bellechasse-Timmins gold deposit in southeastern Quebec.