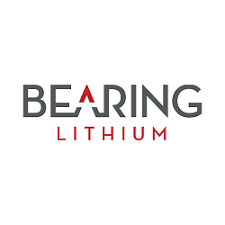 Bearing Lithium Corp. (TSX-V:BRZ) (OTCQB:BLILF) is pleased to release the results of its updated Definitive Feasibility Study for the Stage One Maricunga Lithium Brine project. The Maricunga project is managed by Minera Salar Blanco (MSB), which is owned by Lithium Power InternationaI Limited (51.55%), Borda Group in Chile (31.31%) and Bearing Lithium Corp. (17.14%).

Bearing Lithium Corp through its Joint Venture Company, Minera Salar Blanco S.A. is pleased to provide details of the updated Definitive Feasibility Study for its Maricunga Stage One lithium brine project in northern Chile. The study confirms that Maricunga Stage One could be one of the world’s lowest-cost producers of lithium carbonate, with a solid ESG strategy to support a sustainable future.

Summary of key economic parameters of the Stage One project

Access to the full DFS report prepared by Worley, is available on the Bearing Lithium website https://www.bearinglithium.com/ and www.SEDAR.com

“We are extremely pleased with the results of the updated DFS for the Maricunga Stage One lithium brine project. The strong economics, as well as the exceptional sustainability profile, confirms the high standard and attractiveness of the project.

The priority for 2022 is to finalise project finance for the Stage One project. We are actively working with both international and Chilean financial institutions on different structures for debt financing, as well as with potential strategic partners for equity investments. Update of the EPC proposals will soon commence, with the expectation of a Final Investment Decision by the end of the year. Construction should start immediately after the FID.

We are continuing to work on the development of a subsequent Stage Two at Maricunga, considering the current significant forecast growth in lithium demand and Stage One being in its final phase of pre-production. This will also benefit from the maturation of new production technologies in the lithium industry, realising the significant value of all our assets.”

The following information is drawn from the executive summary of the DFS of the Maricunga “Stage One Project”. More detail is provided in that NI 43-101 report on the DFS for the project by consultants Worley and Atacama Water

The Stage One Project (herein the “Project”) is owned and operated by Minera Salar Blanco S.A. (“Minera Salar Blanco or MSB”). MSB is in turn owned by Lithium Power International (ASX:LPI) 51.55%; Minera Salar Blanco SpA (previously BBL) 31.31%; and Bearing Lithium Corp. (TSXV: BRZ) 17.14%. The associated report prepared by Worley and Atacama Water for MSB is to provide a National Instrument 43-101 compliant Definitive Feasibility Study of its “Stage One Project” located in Salar de Maricunga in the Atacama Region of northern Chile. The report provides an independent updated Mineral Reserve estimate and a technical appraisal of the economic viability of the production of an average of 15,200 t/a of battery grade lithium carbonate over a 20-year mine-life from the lithium contained on the ‘Old Code’ mining concessions (OCC) owned by MSB, based on additional exploration work carried out to 400 m depth during 2021. The OCC are constituted under the 1932 Chilean Mining Code and do not require a special license from the Chilean Government (Contrato Especial de Operación del Litio – CEOL) for the production and sale of lithium products. Resource estimates are for lithium and potassium contained in brine. The DFS report was prepared under the guidelines of NI 43-101 and in conformity with its standards.

All items related to geology, hydrogeology, mineral resources and reserves were prepared by Atacama Water. Peter Ehren was responsible for preparing all technical items related to brine chemistry and mineral processing. Capital and Operating expenditures mentioned in the associated NI 43-101 report were estimated by Worley, relying on quotations requested from equipment, chemicals and other suppliers, as well as from its project data base. Worley relied extensively on Minera Salar Blanco and its consultants, as cited in the text of the study and the references, for information on future prices of lithium carbonate, legislation and tax in Chile, as well as for general project data and information. The report was reviewed by Mr. Marek Dworzanowski, CEng., BSc (Hons), HonFSAIMM, FIMMM of Worley, Mr. Peter Ehren, MSc, MAusIMM and Mr. Frits Reidel, CPG. Mr. Marek Dworzanowski, Mr. Peter Ehren and Mr. Frits Reidel are “qualified persons” (QP) and are independent of MSB as such terms are defined by NI 43-101.

“Today’s announcement of the Maricunga Stage One 15,200 tonnes pa production Definitive Feasibility Study is a major step forward for the Bearing Lithium shareholders. Achieving this important milestone facilitates the financing required for the commencement of construction and paves the way for further development of Stage Two for longer term growth at Maricunga.“

Bearing Lithium Corp is a pure-play lithium company focused on the development of Chile’s next high-grade lithium mine. The Maricunga JV, in which LPI holds a 17% interest, is the highest quality pre-production lithium brine project in South America and has one of the world’s highest-grade lithium resources at 1,167 mg/l lithium and 8,500 mg/l potassium. The September 2021 NI 43-101 compliant resource estimate for the deposit totals 2.9 Mt LCE now all classified as Measured and Indicated. Over $US 67 million has been invested in the Maricunga Project to date.