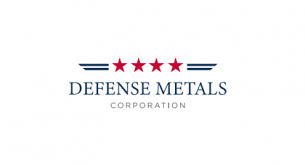 The proceeds raised from the sale of the FT Shares will be used for advancing the Company’s Wicheeda Rare Earth Element Project that qualify as “Canadian Exploration Expenditures” (within the meaning of the Act) and the net proceeds raised from the sale of Units will be used for the Wicheeda Project as well as for general corporate and working capital purposes.

In connection with the Private Placement, the Company paid aggregate cash finder’s fees of $258,047.55 and issued 1,017,476 non-transferable finder warrants to certain brokers, 366,882 of which are exercisable at a price of $0.22 per share and the remaining amount at a price of $0.32 per common share for a period of 24 months from closing.

All securities issued under the Private Placement are subject to a four month hold period in accordance with applicable securities laws.

The Company also announces the granting of incentive stock options to certain of its directors, officers and consultants to purchase up to an aggregate 5,400,000 common shares of the Company at a price of $0.22 per common share for a period of three years. 250,000 Options granted to Bluesky Corporate Communications Ltd. will vest in stages over a period of 12 months in equal portions every three months starting three months after the date of grant. The remaining Options vest on the date of grant.

About the Wicheeda REE Project

The 100% owned 4,244-hectare Wicheeda REE Project, located approximately 80 km northeast of the city of Prince George, British Columbia, is readily accessible by all-weather gravel roads and is near infrastructure, including power transmission lines, the CN railway, and major highways.

The scientific and technical information contained in this news release as it relates to the Wicheeda REE Project has been reviewed and approved by Kristopher J. Raffle, P.Geo. (BC) Principal and Consultant of APEX Geoscience Ltd. of Edmonton, AB, a director of Defense Metals and a “Qualified Person” as defined in NI 43-101.