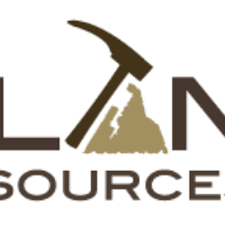 Declan Resources Inc. (CSE:LAN) announces that it has entered into an arm’s length share purchase agreement to purchase 100% of the shares of Tisova Pty Ltd., and TGER Pty Ltd.

Tisova and TGER are private companies which have been granted a 100% interest in and to certain mineral concessions located in the Czech Republic and Germany.

The Properties are comprised of two concession and four concession application parcels comprising 15,929 ha in both Germany and the Czech Republic.

Mining at Tisová was first recorded in the 13th Century and, by the 16th Century, there were over 2,000 workers at three underground mines producing 5% copper.

Production was smelted locally in several parts of the Tisová valley, marked now with abandoned slag piles. A local industry of copper and brass fabrication was also spawned by the Tisová mining activity. Musical instrument manufacturing has extended from the 16th Century to present day in the district.

Modern style mining commenced in 1899 with the founding of the Klingenthal-Graslitzer Copper Mining Company. Between 1900 and 1904, the “Erhard-August-shaft” was sunk to a depth of 100 meters and a 1813 m long cross-cut was driven.

After the First World War and the disintegration of Austria-Hungary, the Graslitz (“Kraslice” in Czech language) region ceded to the newly founded Czechoslovakia in 1918. The new political situation led to the closure of the mill on the Saxon side. The buildings and treatment plants of the Klingenthal-Graslitzer Copper Mining Company were demolished between 1923 and 1929.

Historic grab samples from waste dumps assayed as high as 0.69% Cobalt, 17.1% Copper, 3.7 g/t Gold and 178 g/t Silver.  Grab samples are possibly not indicative of the mineralization and additional sampling is required to evaluate the potential. Sulphide zones are illustrated as more than 100m true thickness with higher-grade copper horizons forming lenses up to 5m wide.

There has been no modern geophysics completed on the Properties.

Wayne Tisdale, CEO of Declan, commented, “We are excited to be acquiring such a vast concession which we feel has been underexplored for Cobalt. What initially attracted us to the project was the friendly mining jurisdiction and its close proximity to electric vehicle manufacturers within the EU. Upon further due diligence and multiple site visits, we are excited about the untapped potential of the project as evidenced by the high grade samples found in the waste dumps. We plan to undergo a systematic and aggressive exploration campaign immediately.”

Declan is immediately commencing a comprehensive program of 3D IP (contracted to Dias Geophysical of Toronto), detailed ground magnetics and structural and geochemical mapping (Paul McGuigan, Cambria Geoscience). This data will then be compiled into a 3D model to direct the selection of diamond drill holes.  Declan has committed to incur a minimum of $500,000 in exploration expenditures on the Properties to identify the diamond drill targets no later than October 31, 2018. The Company has 10 business days after drilling targets have been identified to close the transaction and issue stock, as set out below.

Mr. Garry Clark, P. Geo., of Clark Exploration Consulting, is the “qualified person” as defined in NI 43-101, who has reviewed and approved the technical content in this press release.

In addition, the Company announces that it plans to complete a non-brokered private placement of up to 8,000,000 units at a price of $0.25 per Unit for gross proceeds of up to $2,000,000.  The Offering is subject to a 20% over-allotment option, allowing the Company to issue up to issue an additional 1,600,000 Units. Each Unit will consist of one common share and one-half of one common share purchase warrant. Each whole warrant exercisable at a price of $0.45 for a period of one year from the date of closing. The Company intends to use the proceeds from the Offering to commence exploration work on the Properties and for general working capital.  The transactions outlined above are subject to the satisfaction of certain conditions, including receipt of regulatory approval.