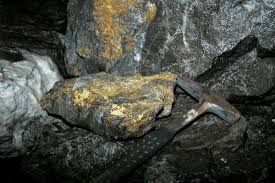 Cypress Development Corp. (TSX-V: CYP) (OTC Pink: CYDVF) (Frankfurt: C1Z) is pleased to announce that it has acquired a 100% interest in the approx. 1,800 acre South Bay project that includes the former Selco South Bay zinc-copper-silver mine. The South Bay property is located in the Dent, Mitchell, and Agnew Townships, 80 kilometres east-northeast of Red Lake, northwestern Ontario. Cypress has also acquired the remaining 20% interest in the 4,720 acre McKenzie Island gold property that the Company did not previously own. The McKenzie Island property is located immediately adjacent to the west of Goldcorp’s (TSX:G) (NYSE: GG) Cochenour / Bruce Channel Gold Deposit in Red Lake, northwestern Ontario.

Don Huston, President of Cypress, commented: “This relatively inexpensive transaction with Skyharbour gives Cypress two things, it adds a 2nd zinc project to supplement the Gunman zinc project in Nevada and gives the Company 100% exposure to its Red Lake gold property in Ontario.”

The former South Bay Mine, located on the Company’s 123498 claim block, produced approximately 1.6 million tons of 14.5% zinc, 2.3% copper and 3.5 oz/ton silver to a vertical depth of 410 metres between 1970 and 1982. The South Bay deposit is a classic Archean Volcanic associated Massive Sulfide (VMS) deposit that is hosted in an area known as the Confederation Belt. Note: The information regarding historic production statistics including but not limited to reports of tonnage, grade and recoveries was obtained from historic data and is not NI 43-101 compliant. Although Cypress has not verified this data, management believes it is from a credible source.

Cypress believes that with current geophysical survey methods allowing exploration to depths in excess of 1,000 metres, there is significant potential to identify new, highly prospective precious and base metal settings at the South Bay project.

Based on previous work by Skyharbour, Cypress’ management believes that the South Bay project has potential to host economic zinc, copper and silver mineralization. The South Bay project will compliment the Company’s 100% owned Gunman zinc-silver project in Nevada where an upcoming drill program followed by a NI 43-101 Resource Estimate was recently announced.

With the acquisition of the remaining 20% interest in the McKenzie Island gold property ,Cypress will now hold a 100% interest in this project. The McKenzie gold property is strategically located immediately adjacent to the west of Goldcorp’s Cochenour / Bruce Channel Deposit and to the west of Goldcorp’s / Premier Gold’s Rahill Bonanza Joint Venture. The property is ideally located to test for the potential extension of gold mineralization from the new mine horizon currently being developed by Goldcorp.

Cypress has acquired the 100% interest in the South Bay project and the 20% interest in the McKenzie Island property from Skyharbour Resources Ltd. (TSX-V:SYH) in exchange for a payment to Skyharbour of $40,000 in cash and the issuance of 1 million common shares of Cypress. Note: Cypress and Skyharbour boards have common directors.

The closing of the acquisitions are subject to standard conditions, including regulatory and TSX Venture Exchange approval.