As Golden Arrow Resources (GRG.V, GARWF.US, G6A.FSE) was sidelined for most of last year due to COVID-19, their exploration programs were basically halted. The project that first got underway again was the Tierra Dorada Gold project in Paraguay. The story on this project is a testament to the strong network of Golden Arrow in Latin America. When CEO Joe Grosso talked to officials in Paraguay somewhere in 2019, they told him to take a look at some of their projects, and talk to local geologists. So he did, and these geologists identified numerous projects, ready for staking. In the end, 2 claim blocks totaling 64k hectares were staked.

Some of the projects weren’t standard, as they consisted of mineralized outcrops on farmland, with cattle grazing on it. According to VP Exploration Brian McEwen, this resulted in fencing their trenches and drill locations, as otherwise the cows might fall into holes that needed to be excavated around outcrops for example. 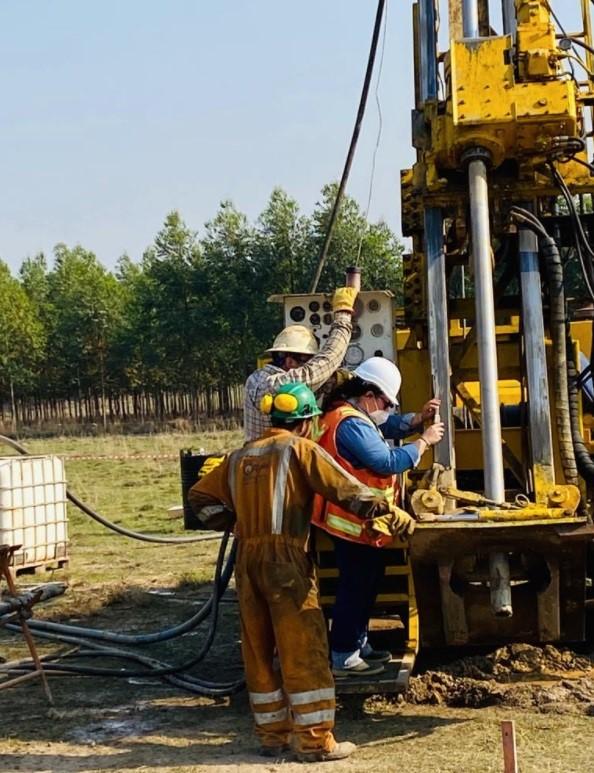 Commencing in August 2020, the company has completed a shallow diamond drill program and its first induced polarization (IP) geophysical program at this project in December 2020, at a priority target zone called Alvaro. 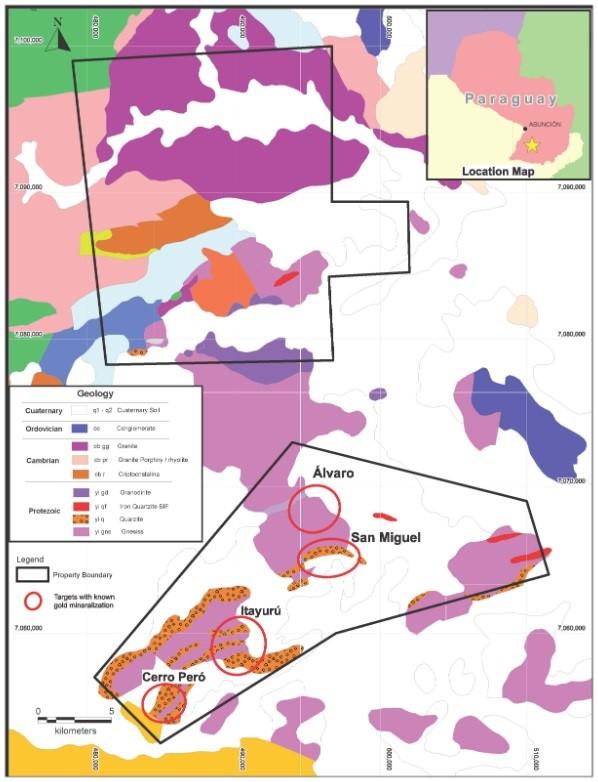 All properties are road accessible, and with good infrastructure, including power to the projects.. The company started working on Alvaro in 2019, and completed extensive sampling and trenching, returning positive results, up to 143g/t.

Golden Arrow Resources was able to start drilling and complete an IP and Resistivity  survey at Alvaro relatively quickly, as they had their exploration permit in hand, and brought all IP equipment over there from Argentina. The conditions to do so were very strict according to McEwen, only shallow holes were allowed as they were granted a prospective permit first that meant the maximum depth of drill holes could only be 20 metres.

This came in handy, as extensive soil and vegetation would have made prospecting and trenching more difficult, as it has done before in the recent past (2019). To be more specific, the current prospecting permit in the Alvaro area allows drill holes up to twenty metres in depth. The goal of this first program was to follow and characterize the high-grade mineralized quartz vein structures right below the surface and confirm potential continuity of mineralization in these veins. 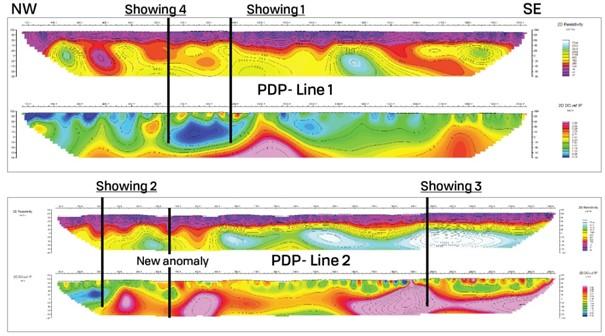 The geophysical surveys were designed to detect and delineate veins, hydrothermal alteration, faults and lithologic contacts below the 2 to 6 metres of soil and saprolite cover. As can be seen in the maps above and below, the chargeable highs and magnetic lows have a district scale profile. 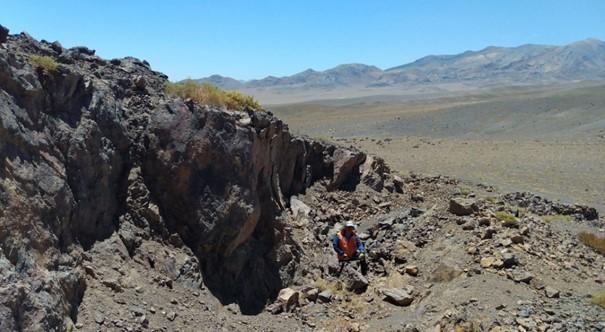 The drill program tested 4 IP survey showings, with 41 drill holes totaling 550m. Half the holes returned intercepts greater than 0.5g/t Au, which is very good for hit ratio. The average core recovery for the entire program was 74%, which is pretty low. According to McEwen, this was caused by the rock being extremely weathered. Highlights of this program were DHTD18 returning 0.5m @143.5g/t Au from 3m, and DHTD35 returning 3.16m @11.8g/t Au from 1.7m.

These shallow holes just scratched the surface of the IP chargeable trends, trends which continue below the 140m depth of the survey.

The company is now planning a second, more detailed, drilling program to both test the new geophysical anomalies and to step-out holes around the best intercepts reported in this news release. A minimum of 2,000 metres of drilling is expected to be started by the end of the first quarter of 2021. The company has applied for a full exploration permit to allow deeper drilling.  If those permits are in place, holes will have a planned depth of approximately 100 metres. If the permit is delayed, for any reason the company will likely continue with drill shallow holes up to 20 metres.

As Paraguay virtually is unknown for exploration in the mining industry, I asked McEwen why not much exploration took place in this country. According to him it is likely a result of government policy that didn’t support mining, lack of exposure of the geology and investors. in the past. But things have changed over there, and Golden Arrow Resources has met with minimum  resistance, and more cooperation.

Besides Paraguay, Golden Arrow Resources has projects in Chile and Argentina, and they are looking to JV projects in their portfolio, mostly in the high Andes. These projects are at high altitude which means slow progress, because of limited field seasons. These projects are typically costly and therefore management aims at the support of large companies. Brian McEwen is talking to major companies and getting a lot of interest, as the projects have strategic locations.

Based on solid sampling results (up to 5% Cu), the company applied for all of the surrounding concessions that are available. Golden Arrow has just commenced a Phase 1 exploration program that includes detailed mapping, sampling, and trenching, as well as ground magnetics and IP/resistivity geophysical surveys. For now, mapping and sampling is underway, and the environmental work for the full exploration permit for trenching and drilling has been submitted. McEwen assumes the permit could probably be granted in February, and trenching and geophysics will probably start very soon after this.

Drilling will likely start at the beginning of Q2. According to McEwen, there could be porphyries at depth, but for now they are looking at near surface stockwork concepts, as there are 50-60m thick bands of high grade mineralization, with oxidized copper. They are targeting a minimum of 50Mt @1%Cu for now, and they are already talking to groups that do processing, which seems to be a household concept in Chile.

The current exploration budget for Rosales is C$150k, and a drilling budget hasn’t been defined yet. Such a first drill program would be RC according to McEwen, and likely a small program. The drilling costs are reasonable, as they are estimated at C$200/m for diamond drilling.

With regards to the projects in Argentina, their  Flecha de Oro project is currently the most important one in Argentina, and the company has two other prospective properties in Rio Negro. As a reminder, the following numbers from Flecha de Oro came from trenching so far:

The current ongoing exploration program commenced on December 7, 2020, and is focusing on the Puzzle property, where gold mineralization has been identified in a large quartz vein and adjacent quartz stockwork zone within a corridor over 6.5 kilometres in length and more than 150 metres in width. The trenching program is planned to include approximately 18 trenches totaling 2,500 metres, excavated across the vein corridor along 6.2 kilometres of strike length, to delineate targets for a potential 2021 drilling program.  Drilling permits have been applied for,  according to McEwen this could take 1-2 months to be granted, hopefully not longer he said. Golden Arrow Resources has completed a ground magnetic survey on their priority Puzzle target, and the planned trenches are indicated on the map below:

The program will likely last until the end of January, and results are expected in February. The plan will then be to move this crew to the La Esperanza target and continue the trenching program there.

With three exploration projects ongoing in three different countries, a lot of news flow can be expected from Golden Arrow Resources. Having a pile of cash in the treasury, the company should be able to complete a lot of drilling, and hopefully they will find something substantial.

Golden Arrow has been sideranging since the summer of 2020, but recovered from the March 2020 COVID-19 crash, as can be seen here:

There are two distinct reasons for this: precious metals prices went up considerably during the summer of last year, and the 10% buy-back program which was initiated in March 2020 probably did its share as well. According to management, the buy-back program has been completed in Q3, and with a new logo and 3 different exploration programs ongoing, Golden Arrow Resources seems ready to add another successful exploration chapter for the Grosso Group.

It has been all about COVID-19 in 2020, and Golden Arrow Resources is relieved to see the imposed restrictions loosening up in Latin America. Their exploration programs were ramped up again as soon as the regulators allowed it at the end of last year, and fortunately their program in Paraguay could start even earlier, producing nice results with near surface diamond drilling. As management was happy with the outcome, they decided to plan a drill program that goes to a depth of about 100m, and submitted the necessary paperwork for the drill permits. These are expected in February/March, and drilling will commence shortly afterwards. The same situation goes for their Puzzle target on their Flecha de Oro gold project in Argentina and on their Rosales copper project in Chile. With the significant treasury, there is no need to go to the markets anytime soon. For a junior that is trading at 78% of its cash value, it seems investors have an interesting opportunity to invest in a pretty derisked, undervalued and experienced explorer with 3 chances for success. 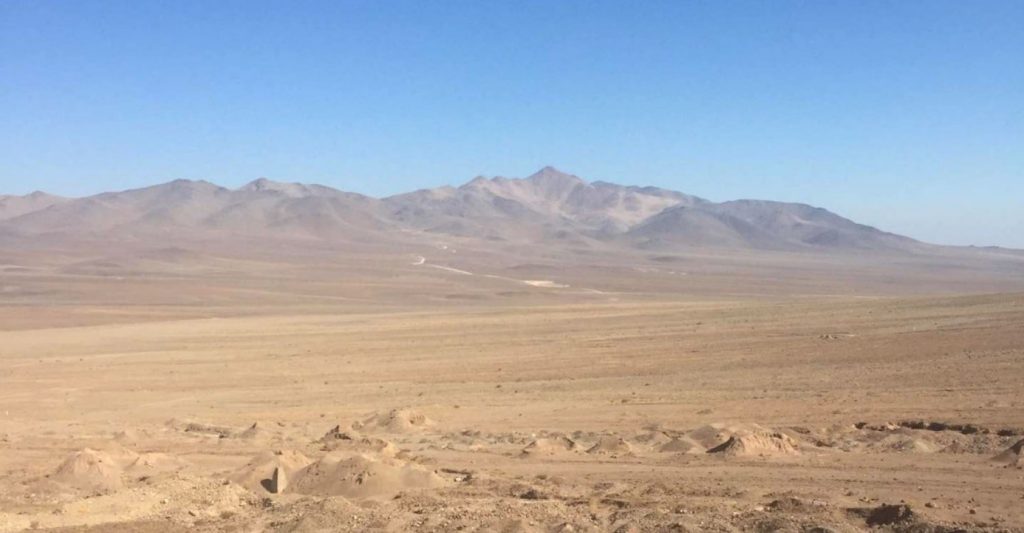