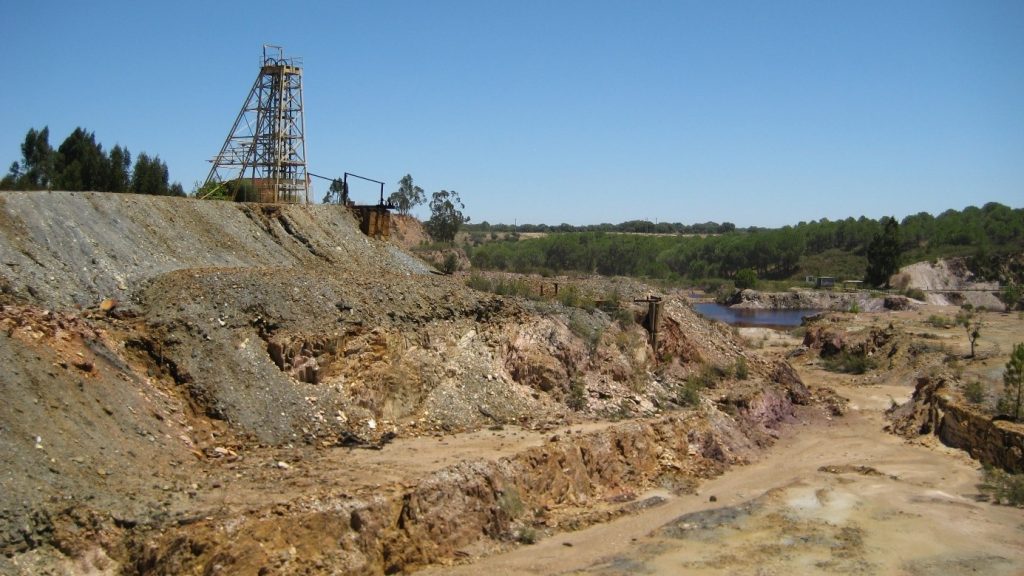 Despite being a hybrid prospect generator, meaning self-funding projects and also being funded by JV partners, Avrupa Minerals (AVU:TSXV) (US OTC:AVPMF) (FRANKFURT:8AM) has been trying for a long time, and finally succeeded in signing a non-binding Letter of Intent (LOI) on October 1, 2019 for a nice JV deal over their Alvalade project in Portugal, with a Spanish private mining company called MATSA, owned in joint venturebetween juggernauts Mubadala and Trafigura. This is an important development, as Avrupa wasn’t exactly in the position to raise enough cash to drill out Alvalade themselves, as management estimated the costs of a decent program on all targets at about C$10M. The new JV doesn’t provide this amount of financial budget either, but the initial C$2.4M is enough for a solid start, and prevents a lot of dilution for Avrupa, which market cap has gone down to a very tiny C$3.3M. A financing of that size would have added 73% dilution.

After a decent start of 2019 with encouraging drilcl results, the company has had to wait for a new exploration permit which is taking longer than expected, and general base metal sentiment went down as the US-China trade war intensified and the global economy started lagging, making things difficult for Avrupa on the financing front. However, with this latest deal, if finalized, and the permit hopefully being granted soon, they can continue at full speed, at least for 2020. Let’s look into this JV in some more detail.

Avrupa Minerals has signed a LOI with Minas de Aguas Teñidas, S.A.U. (MATSA) to form an earn-in exploration and exploitation joint venture on its Alvalade copper-zinc massive sulfide Project in the Iberian Pyrite Belt of southern Portugal. MATSA isn’t just your average Spanish company, as it is a 50:50 joint venture company of powerhouses Mubadala Investment Company, a very large Abu Dhabi based global investment company with US400B in assets, and Trafigura, one of the world’s leading independent and privately owned commodity trading and logistics houses, with an annual turnover of US$180B. MATSA owns and operates three mines in the province of Huelva (Andalusia, Spain), and holds 1,000 km2 of exploration licenses in the Iberian Pyrite Belt.

Management told me they have known MATSA for at least 5 years, having them coming over as early as in 2014 to check out projects for a potential JV at the time, to no avail. After the Sesmarias drill results came out earlier this year, they contacted Kuhn in April and showed new interest. Completion of technical and financial due diligence resulted in the latest announcement.

At the moment, according to management, the companies are working together to complete a definitive agreement in the next few weeks, along with the formation of a new JV entity Newco, and the accompanying shareholder’s agreement for Newco. Most important highlights of the JV are:

As recent drilling at the Sesmarias copper-zinc project, being part of Alvalade, demonstrated potential robustness of massive sulfide mineralization, the JV is focusing on this area before considering other potential targets around the license. 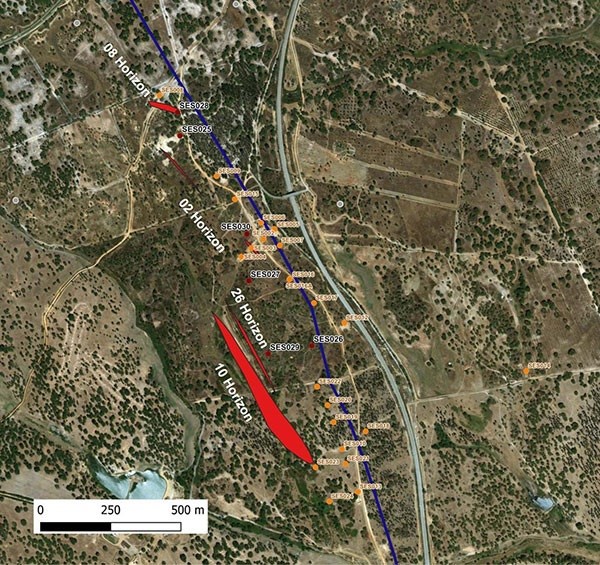 As a reminder, a very interesting hole SES026 indicated ongoing mineralization along strike for the important 10 Lens (called 10 Horizon in the picture):

The 10 Lens is now at 600 meters x 300 meters x 25 meters. These dimensions generate 4.5M cubic meters, which in turn result into 18Mt, when using a conservative gravity of 4t/cubic meter (m3). Average gravity is estimated by management to be ranging from 4 to 4.4t/m3. Using a midpoint would render 18.9Mt, which is closing in on the minimum target of 25Mt.

For MATSA, the aim of the first stage of the joint venture is to delineate a deposit at Sesmarias and/or at any one of a number of other mineralized targets located within the boundaries of the Alvalade License, including at the past-producing Lousal Mine, at Monte da Bela Vista, and at the past-producing Caveira Mine.  In addition to these mineral zones, Avrupa has defined a number of other drill-ready targets within the license boundaries. As all-in drilling costs are estimated by management at 300 euro/m (C$430/m), 2M euros would be sufficient to fund 6,700m. This should be enough to get enough data in order to be able to prepare a maiden NI43-101 resource on Sesmarias. It will be clear that all other targets will require additional funding from MATSA.

According to the news release, the LOI includes the following terms:

The initial C$580k cash payment should be enough for Avrupa to keep the lights on for at least 18 months, as they have low G&A and also receive a C$145k operator’s fee. The C$1.74M should be sufficient to do 4,000m of drilling during the first year. Management feels that he upcoming definitive agreement with MATSA will probably be very helpful with the granting of the EEL or exploration license. Avrupa will form a technical committee with MATSA in order to design and monitor the upcoming drill program, and Avrupa will be the operator. The terms continue:

This is a very interesting paragraph, as a decent BFS for such a project including the resource estimate could easily cost C$25-30M, but it wouldn’t cost Avrupa a single dollar. Additional but much cheaper studies like a PEA (appr.C$0.3-0.5M) and a PFS (appr. C$1-2M), and for example a maiden resource estimate (appr. C$0.2-0.4M) are also planned and will be funded by MATSA as well. Regarding the last item, the terms with Antofagasta are as follows, according to the June 19, 2017 news release:

“Avrupa has agreed to forgive approximately 160,000 euros in debts, assume a deposit on the project of 75,000 euros, and make the following payments to the initial partner on the project in return for increasing its interest in the project from 40% back to 100%:

These terms account for another US$4.25M (C$5.67M) being paid by JV partner MATSA, so this is another burden removed from Avrupa’s back when taking Sesmarias all the way into production.

For construction and production the JV envisions the following terms:

The only thing that seemed to be missing is a royalty on the project, as minority partners usually end up with this. Management countered a question I had about this with the following, and in my view, convincing answer: “There is already a steep 4-5% NSR to the government in Portugal.  Putting another NSR on top of that makes a project look less palatable, so we decided on cash as a more desirable alternative at the 85-15 decision point.  We should know at that time whether we can fund our own way or just step back with a significant cash deposit.”

Fair enough. On a final note, according to the news release, completion of the earn-in and joint venture arrangement remains subject to a number of conditions, including finalization of the definitive agreement, issuance of the exploitation permit (advanced stage), and receipt of any required board and/or regulatory approvals. They were pretty happy with proceedings, as Paul Kuhn, President and CEO of Avrupa Minerals, stated, “We are extremely pleased about the forthcoming joint venture at Alvalade. MATSA already mines copper and zinc at three locations in the Iberian Pyrite Belt of Spain, and we look forward to working with them on our Pyrite Belt Project in Portugal. Advancing the Alvalade Project with the strong experience of MATSA will not only allow us to work towards a potential mining solution at Sesmarias, but will also allow us to return to our real strength of project generation in Europe.”

Of course prospect generation is the core strength of Avrupa Minerals, but the trajectory set out in this JV could result in quite a bit of share price appreciation in the long run, as a minimum 25Mt scenario already could generate back of the envelope hypothetical NPVs to the tune of hundreds of millions of US dollars at current metal prices. Management and most likely MATSA with super giants Mubadala and Trafigura on board is aiming at even bigger prizes, as a combination of Sesmarias, Lousal and other targets could easily result in 50Mt+ operations, and potentially even much larger as much of the area hasn’t been explored with up to date methods.

For example old, outdated methods caused Sesmarias to go unnoticed, until Kuhn and his team figured out the difficult geological puzzle. 15% of such a prize would still be a very significant amount for a tiny junior like Avrupa Minerals, as for example a modest NPV8 of US$200M would result in a C$40M share for the company, being a 12 fold from current levels. Of course, this will not be generated overnight, but it gives an indication of potential here. Let’s see what the company can accomplish here, after the JV is finalized and drills are turning again, I’m certainly intrigued.

I hope you will find this article interesting and useful, and will have further interest in my upcoming articles on mining. To never miss a thing, please subscribe to my free newsletter on my website www.criticalinvestor.eu, and follow me on Seekingalpha.com, in order to get an email notice of my new articles soon after they are published.

The author is not a registered investment advisor, and currently has a long position in this stock. Avrupa Minerals is a sponsoring company. All facts are to be checked by the reader. For more information go to www.avrupaminerals.com and read the company’s profile and official documents on www.sedar.com, also for important risk disclosures. This article is provided for information purposes only, and is not intended to be investment advice of any kind, and all readers are encouraged to do their own due diligence, and talk to their own licensed investment advisors prior to making any investment decisions. 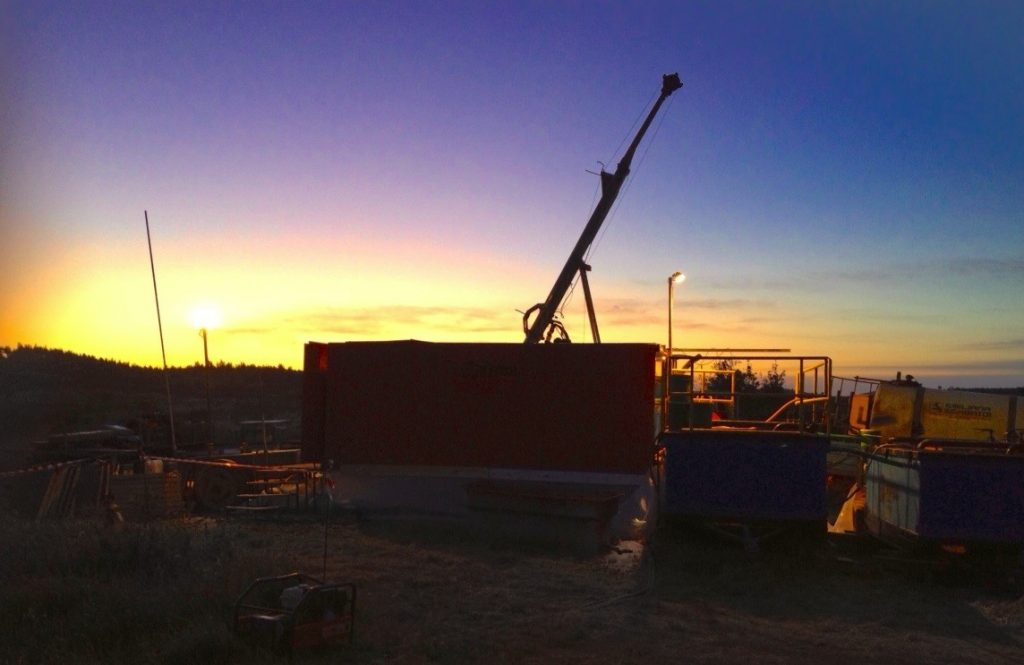