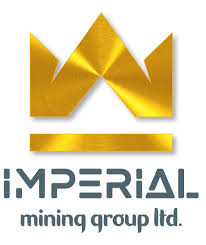 “We are very encouraged by our summer exploration results, as they confirm the strong scandium and rare earth potential of the TG and STG mineralized zones,” said Peter Cashin, Imperial’s President & Chief Executive Officer. “In addition, new detailed magnetic survey results over the STG and TG areas significantly improved our understanding of the geometry of the known areas and identified two new, high-priority targets 280 east of and to the south of, the STG Zone. The evident increase in scandium grades with depth is also very encouraging, however more work needs to be done to fully quantify the scandium and REE resource potential on the property, particularly over the TG area. The summer results will be used to plan a winter definition drilling program on the TG Zone that will allow Imperial to report a NI 43-101-compliant resource in H1 2021.”

A program of magnetic geophysical surveys, surface geological mapping and prospecting was undertaken over previously little-explored areas on the property. The work was followed up by a small test diamond drilling program to evaluate the Sc-REE potential of these new targets as well as to undertake step-out drilling of the known TG Zone (see Imperial Press Release: May 22, 2019). In total, four drillholes totaling 676 m were completed (Figure 2).

In late July 2020, a detailed GPS-positioned ground magnetic survey at 50-m line spacings, covering 130 line-km, was completed on the western half the property (Figure 2). The survey was performed by Abitibi Geophysique of Val d’Or, QC and completed on August 7th, 2020. Scandium and rare earth mineralization is associated with a strongly magnetic rock unit called ferrosyenite.

This work provided better definition of the scandium-bearing ferrosyenite rock units and radial fault structures controlling the concentration of scandium mineralization on the property. New parallel, strongly magnetic bodies were defined east and south of the STG Target. The survey also identified a continuous magnetic lineament extending between the TGZ and STG Targets, potentially identifying new scandium targets. Some of these new targets will be tested in future drilling programs.

A prospecting and mapping program over unexplored parts of the property involving 38.2 km of reconnaissance traverses was also completed. Rock (grab) samples collected along with 304 historical core samples and 17 new channel samples will be used for detailed mineralogical and geochemical study work at McGill University in Montreal, Quebec. This 5-week program was conducted by Imperial and Exploration Sans Frontière of Sept-Iles, QC crews between July 30th to September 2nd, 2020.

Strongly magnetic, iron-rich boulders of ferrosyenite were found at the Hilltop Target area and 300 m northeast of the STG Target, east of the outcropping scandium-mineralized ferrosyenite at the STG. Analytical results from the boulder sampling are pending.

A four-hole, 676 m diamond drilling program was undertaken between August 14th and August 31st, 2020. This drilling tested the scandium potential of high-intensity magnetic anomalies at the STG, TGZ and Northern Target areas (Figure 2, Table 2). The contractor for this work was Avataa Rouillier Drilling Inc. of Amos, Quebec.

Hole CL20036: tested a strong magnetic anomaly parallel and west of the STG target (previously returned surface channel grades up to 7.04 m grading 289 ppm Sc2O3 and 0.364% REE). The drillhole intersected a 90-m core interval of amphibole-rich ferrosyenite that explained the magnetic anomaly but did not contain any significant Sc or REE mineralization.

Hole CL20037: was drilled on Section 450N to test the lateral continuity of the TG mineralized zone and intersected two, broad olivine ferrosyenite sections of approximately 65m and 40m in core length. The total mineralized package was observed to have a true width of 110 m. Best scandium and rare earth intervals from this hole are presented in Table 1. The mineralized intervals show excellent lateral and vertical continuity of the favourable TG Zone target horizon (Figure 3).

Hole CL20038: was drilled on Section 100N approximately 90m east and behind the previously drilled borehole CL19034 to test a parallel ferrosyenite unit intersected parallel and east of the main TG mineralized zone. The hole intersected multiple, narrow scandium-bearing ferrosyenite intervals grading up to 244 g/t Sc2O3 and 0.71% TREO+Y over 2.6 m and 192 g/t Sc2O3 and 0.50% TREO+Y over 3.6 m.

Hole CL20039: was drilled to test one of multiple magnetic anomalies over the Northern Target. The hole tested a 350m long by 100m wide highly magnetic feature. Coarse grained syenite with small concentrations of pyroxene and amphibole were the cause of the anomalous geophysics. No significant scandium or REE assays were returned from this hole.

Imperial’s exploration team successfully tested the remaining targets identified from previous work on the property and developed a better understanding of the controls on the concentration and distribution of scandium mineralization on the property.

To date, the TG Zone target shows the highest potential to host an economic scandium deposit. Going forward, Imperial plans to undertake a definition drilling program over the TGZ Target with the goal of preparing an initial NI43-101 compliant resource estimate and a Preliminary Economic Assessment (PEA) in 2021.

Scandium acts as a grain-refiner and hardener of aluminum alloys. Aluminum-scandium alloys combine high strength, ductility, weldability, improved corrosion resistance and a lower density. The combination of all these properties makes aluminum-scandium alloys well-suited for the aerospace, automotive and defense industries. Scandium-modified aluminum alloys is highly valued as an important lightweighting material as it is one-third the weight of steel and is 60 % of the weight of titanium alloys.

As new technologies motivate manufacturers to identify new sources for scandium, the element could be widely adopted by major industries in the years to come. Likely early adopters of scandium-modified aluminum alloys will be the automotive manufacturers seeking to lighten electric vehicle (EV) and combustion-engine cars and trucks to extend battery range and improve fuel efficiency, respectively. Recent data from Nemak, S.A.B. de C.V. (2019), one of the world’s largest automotive OEM, shows that high strength aluminum components is an $11 billion target market by 2025 for them. Estimates show that as much as 0.17 kg of scandium could be required for high-strength and high-temperature applications in new EVs. If 30 to 43 million EVs are produced by 2030 (Bloomberg, 2018), this could equate to demand of 5,100 to 7,300 tonnes of Sc2O3 for this platform alone.

In addition, Imperial is actively monitoring the impact of the current trade war between the US & China and recent veiled threats by China of cutting off Rare Earth and Technology material products to US defense contractors and US allies.  China now controls over 70% of the global rare earth supply chain and provides 80% of the US rare earth demand. With the risk of limiting critical metal supplies to the US, major consumers of rare earths have just been reminded of the need to establish domestic critical materials supply chains. Crater Lake is the only known significant primary bedrock resource of scandium in North America with the potential for supporting a new domestic scandium and rare earth supply chains.

Strict QA/QC protocols have been implemented for the Crater Lake Project, including the insertion of certified reference materials (standards) and blanks at regular intervals throughout the sequence of samples.

A total of 343 core samples and 7 grab samples, including 17 QA-QC samples, were sent for chemical analyses. All sample preparation and analytical work was carried out by Activation Laboratories at their facilities in Ancaster, Ontario. Several analytical techniques were used to characterize the samples, which are combined at Actlabs into the analytical package “8-REE”. This package includes whole-rock and trace element analytic techniques. Whole Rock analyses are done via a lithium metaborate/tetraborate fusion inductively coupled plasma (ICP) finish. Trace elements were analyzed by fusion ICP/MS methods.

The technical content in this press release was prepared, reviewed and certified by Pierre Guay, P. Geo., Imperial’s Vice-President, Exploration, a Geologist and Qualified Person as defined by NI43-101.

Imperial is a Canadian mineral exploration and development company focussed on the advancement of its copper-zinc, gold and technology metals properties in Québec. Imperial is publicly listed on the TSX Venture Exchange as “IPG” and is led by an experienced team of mineral exploration and development professionals with a strong track record of mineral deposit discovery in numerous metal commodities.