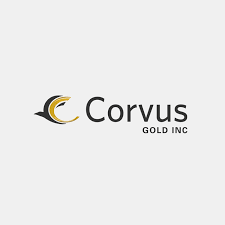 Corvus Gold Inc. (TSX: KOR) (OTCQX: CORVF) announces it has received positive results from the final eight western stepout holes from the Phase II drill program at Mother Lode Project, Nevada.  All drill results to date, including 172 historical holes for a total of 250 drill holes, will be included in the maiden mineral resource estimate scheduled for release later this month (Figure 1 & Table 1). The expansion potential of the Western Zone, and notably the Western Feeder Zone at depth (Figure 2), is highlighted by drill holes ML18-074 (25.9m @ 2.34 g/t Au) and ML18-077 (50.3m @ 2.67 g/t Au).   Mother Lode’s Phase III drill program is already underway and is expected to continue to further expand the project to the West, North and at depth as outlined over the past year.

Corvus Gold has now defined a broad western extension of the Mother Lode deposit, which remains open and will be addressed in the Phase III program.  In addition, the Phase III program will also address expansion potential on the northern and eastern extension of the deposit as well as new internal “deep feeder” targets that have emerged from the resource modeling process.

Jeff Pontius, President and CEO of Corvus states “Our new western drill hole results have provided our exploration team with a clear target for expanding the deposit to the west.  In addition, the broad high-grade Western Feeder Zone is now defined and a target developed for additional exploration at depth, which will be drilled with core holes.  Furthermore, deep feeder type potential is also emerging to the east from our modeling work and is scheduled to be addressed during the Phase III drill program.   Our ongoing drilling continues to unlock potential for this new Nevada gold deposit which we believe will be a catalyst to Corvus Gold and its shareholders.”