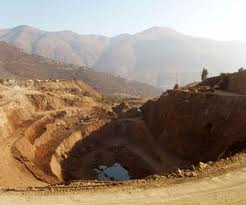 Coro Mining Corp. (TSX:COP) is pleased to announce that it has closed the second and final tranche of its previously announced non-brokered private placement of up to 22,500,000 units at a price of $0.10 per Unit to raise gross proceeds of up to $2,250,000.

The Company is also pleased to announce that diamond drilling is currently underway at El Desesperado using two rigs together with backhoe trenching program. This exploration is being undertaken in the area where previously reported reverse circulation drill hole CED-R-4 intercepted 204m @ 0.55% CuT from surface. Assay results will be released in due course.

The Company was founded with the goal of building a mining company focused on medium-sized base and precious metals deposits in Latin America. The Company intends to achieve this through the exploration for, and acquisition of, projects that can be developed and placed into production. Coro’s properties include the advanced Berta copper leach project and the Payen, El Desesperado, Llancahue, and Celeste copper exploration properties, all located in Chile, and the advanced San Jorge copper-gold project, located in Argentina.