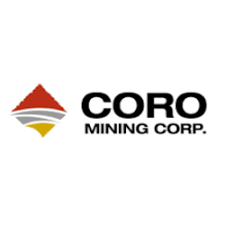 Coro Mining Corp. (TSX: COP) is pleased to announce today the successful closing of its rights offering following the expiry of the issued rights on September 20, 2018.  The Company issued a total of 671,591,957 common shares in the rights offering for gross proceeds of approximately C$33.6 million. Combined with the non-brokered premium placement for C$13.2 million announced in August, the Company has raised a total of C$46.8 million.

Commenting on the announcement, Luis Tondo, President and CEO said: “I am delighted that the financings have been successfully completed. Even in some challenging market conditions, we have raised money at a premium with our private placement and saw encouraging participation by our shareholders in the rights offering; I believe that this is testament to the potential we have ahead of us.  I wish to thank all shareholders that participated and for their confidence in a strengthened Coro as we move forward.  With the Company now properly financed and our debt burden alleviated, I am excited about the prospects for Marimaca as we now have the financial resources to embark on an exploration program that will determine the scale and potential of the resource there.  In the coming weeks we expect to detail our exploration plans to shareholders, and how we believe that these will add value at Marimaca and for Coro as a whole.”

The proceeds from the rights offering will be used as set out in the Company’s Rights Offering Circular, including but not limited to the repayment of loans from Greenstone, exploration and development at the Marimaca Project and other Marimaca district claims.