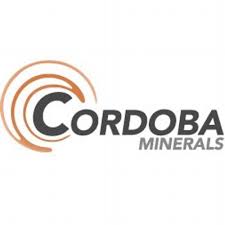 “We have improved our understanding of the Alacran Deposit through the 2017 drill program, leading to updated modelling parameters and improved geological confidence in our resource estimate. We have been successful in significantly increasing tonnage and have classified a significant portion as Indicated Resources,” commented Mario Stifano, President and CEO of Cordoba Minerals. “However, there is still more to learn about the Alacran Deposit, leaving the potential for further high-grade discoveries. Alacran remains open down-dip and along-strike to the northwest. We will continue to explore the Alacran Deposit in 2018 and will work towards completing a preliminary economic assessment in the second half of 2018. Additionally, our geologists have identified a number of high priority targets within the San Matias district that we will continue to explore, as we look to complement the Alacran Deposit.

CBM veins intersected by drilling and associated with very high-grade gold mineralization were excluded from the current geological model, but the sample values were retained and capped in the resource calculation, due to the low resolution of the drill hole spacing relative to the narrow veins. Further investigation into these features may allow for better local prediction of gold grades within the deposit.

The Alacran north-south structural corridor has been mapped over 3 kilometres south of Alacran with similar host stratigraphy and new copper mineralization identified.

There is evidence of many structural offsets of marker horizons from minor to significant on a deposit scale. Three faults were identified and modelled for the updated resource estimate. The most dominant structure is the Faul3_NEE fault which marks the boundary between the north and south areas of the Alacran Deposit. The north area was previously referred to as Mina Norte and the south as Mina Sur in earlier reports.

Rock Quality Designation measurements were collected from drill core during logging, but a detailed geotechnical analysis has not been completed to support the current pit slope assumptions.

The updated Mineral Resource estimate for the Alacran Deposit has been prepared by Amec Foster Wheeler Americas Limited. The updated Mineral Resource estimate is based on geology and assay data from 136 diamond drill holes totalling 35,900 metres completed by Cordoba and previous operators between 2012 and 2017. Assay data is available for 130 of the completed holes. The cut-off date for drill hole information was December 15, 2017.

A 5x10x5 metre block size was chosen for the resource block model to reflect mining selectivity for a potential 12,750 tonne per day mining scenario. The resource block model was sub-blocked to 2.5×5.0x2.5 metre blocks to maintain geological resolution. The block grade model was flagged for lithological and structural domains from wireframes from the geological model.

For a detailed discussion of the Mineral Resource estimation methodology refer to the National Instrument 43-101 compliant technical report expected to be filed on www.sedar.com within 45 days.

Indicated and Inferred Mineral Resources have been calculated at various copper equivalent cut-off grades to demonstrate the sensitivity of tonnage and grades. The reporting base case of 0.28% CuEq is highlighted.

Cordoba has resumed district-scale exploration for additional porphyry and iron oxide copper-gold (IOCG) systems in the San Matias district and along its potential extensions. Current exploration targets include combinations of geochemical and geophysical anomalies in favourable structural-lithological settings.

In addition to the Company’s 20,000-hectare land-package at San Matias, Cordoba holds an additional 34,342 hectares of mining concessions and exploration licenses covering the outcropping portion of the Cretaceous-age magmatic arc to the west, east and south of the San Matias district. Only a small portion of this prospective regional geology has been mapped and/or covered by geochemical and geophysical surveys. The Company believes the geological potential of these areas is high.

On January 23, 2018, Cordoba entered into an Amendment Agreement to the Option Agreement between Cordoba Minerals, Minerales Cordoba S.A.S., Sociedad Ordinaria de Minas Omni, Compañia Minera El Alacran S.A.S., CMH Colombia S.A.S., Cobre Minerales, and Exploradora Cordoba S.A.S. dated February 27, 2016, to extend the exploration period pursuant to the Option Agreement by two years in order to file a larger mine plan with a capacity of more than 2.0 million tons per year with the National Mining Agency of Colombia. In accordance with the Amendment Agreement, Cordoba will file the request for the requisite approvals to conduct activities of construction and commercial production at El Alacran on or before June 30, 2020.

Subject to regulatory approval, Cordoba has arranged for a short term loan of $1 million from HPX bearing interest of 10% per annum, which will be used to make an option payment to OMNI and for general working capital purposes.

With the conclusion of the 2017 exploration program at Alacran and the completion of the updated Mineral Resource estimate, Eugenio Espada, Vice President, Exploration will be stepping down from his position with the Company. Mr. Espada will continue to advise Cordoba Minerals as a consultant and will assist during the transition period of his replacement.

The Mineral Resources in this estimate were independently prepared by Peter Oshust, P.Geo of AMEC. Greg Kulla, P.Geo, also an employee of AMEC, verified the drill hole database supporting the Mineral Resource estimation. Verification included a site visit to inspect drilling, logging, density measurement, and sampling procedures, and a review of the control sample results used to assess laboratory assay quality. In addition, a random selection of the drill hole database results was compared with original records.

The technical information in this release has been reviewed and verified by Dale A. Sketchley, M.Sc., P.Geo., a Qualified Person for the purpose of National Instrument 43-101. Mr. Sketchley is a consultant to Cordoba Minerals and is considered independent under National Instrument 43-101. Mr. Sketchley is a geologist with over 40 years in the mineral exploration, mining, and consulting industry. He is a Member of the Association of Professional Engineers and Geoscientists of British Columbia (APEGBC) and the Canadian Institute of Mining and Metallurgy (CIMM).

The Alacran copper-gold system is located on a topographic high in gently rolling countryside, optimal for potential open-pit mining. Site access and infrastructure are considered to be favourable.

The copper-gold mineralization at Alacran is associated with stratabound replacement of a faulted calcareous marine volcano-sedimentary sequence. The deposit comprises moderately- to steeply-dipping stratigraphy that is mineralized as a series of sub-parallel replacement-style zones and associated disseminations. The mineralization comprises multiple overprinting hydrothermal events, and the main mineralizing phase comprises chalcopyrite-pyrrhotite-pyrite that appears to overprint an early magnetite metasomatic event.

Cordoba Minerals Corp. is a Toronto-based mineral exploration company focused on the exploration and acquisition of copper and gold projects in Colombia. Cordoba is currently focused on its 100%-owned San Matias Copper-Gold Project, which includes the advanced-stage Alacran Deposit located in the Department of Cordoba.