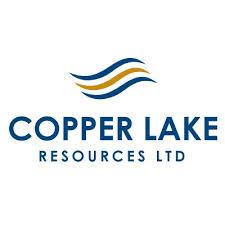 The focus of the current 3,000 metre drilling program is a large, strong untested Induced Polarization anomaly (“deep IP target”), situated adjacent to and below the Billiton copper-zinc-silver VMS deposit, with a secondary focus on other base-metal occurrences on the property that have seen little or no historical drilling. Drilling progress has been slow and the deep IP target has yet to be tested; however the current drill hole is providing positive indications that it may be related to a sizeable VMS deposit. Diamond drilling is set to resume this week.

Highlighting the most recent drilling is the intersection of two well-mineralized alteration zones in hole Mar-21-03. Both zones contain appreciable blebby, stringer and heavily disseminated to semi-massive pyrite, chalcopyrite and sphalerite, hosted within felsic volcaniclastic rocks characterized by intense biotite, chlorite, actinolite and silicic alteration. Such mineralization and alteration are typical of stringer or footwall zones, seen proximal or below massive sulphide deposits (photos of the drill core from hole Mar-21-03 are posted on the Copper Lake website at www.copperlakeresources.com.)

The target for Mar-21-03 is an untested VTEM airborne conductor, modelled to be at a depth of 150 metres down-the-hole. The presence of the two well-mineralized alteration zones situated at shallower depth in the hole (64.20 to 66.87 metres and 72.33 to 76.07 metres respectively) is very encouraging and suggests the possibility of encountering massive sulphides at the VTEM target depth of 150 metres, as well as in the underlying deep IP target (see Figures 1A & 1B). Hole Mar-21-03 was at a depth of 112 metres when drilling recessed for the Christmas break and will be a priority for completion when drilling resumes.

Drill hole Mar-21-01 targeted the projected down-plunge extension of the Billiton deposit, intersecting it over a core length of 8.25 metres. It comprises mostly disseminated pyrite with narrow zones of semi-massive pyrite and pyrrhotite, with lesser chalcopyrite and sphalerite, within chloritized, biotitic and sericitized volcanic rocks.

Hole Mar-21-02 was collared at the same site as Mar-21-03 but was abandoned at a depth of 12 metres, due to the presence of several large boulders in the overburden.

Drill core for all mineralization obtained to date has been submitted to a laboratory for assay; drill results will be released as they become available.

Upon completion of Mar-21-03, drill holes Mar-22-01 and Mar-22-02 will test the heart of the deep IP target, characterized by high conductivity/low resistivity and high chargeability, at a vertical depth of approximately 350 metres. Both holes are intended to intersect the deep IP target where the highest conductivity and chargeability overlap within this large untested anomaly with dimensions of 800 x 300 x 300 metres (see Figures 1A and 1B). The anomaly is situated between 150 to 450 metres below surface and represents a new target area, never previously tested by diamond drilling. The deep IP target appears to be situated down-plunge from the Billiton copper-zinc-silver massive sulphide deposit (historical resource of 2.2 MT at 1.3% copper, 4.2% zinc and 2.5 opt silver1) in a fold hinge, a favourable structural location for finding large massive sulphide deposits.

An orientation gravity survey will be completed over the deep IP target in early January to provide further data on the size and geometry of the sulphide mineralized zone and to assist with the targeting of future drill holes. A more widespread gravity survey will also be considered to help identify other deep drill targets within this large high-priority area.

Additionally, borehole electromagnetic (BHEM) surveys will be completed on all drill holes undertaken by the Company on all targets. BHEM surveys are important tools when exploring for VMS deposits as they assist in vectoring towards conductive sulphide bodies.

The Marshall Lake Belt clearly has potential for discovery of multiple VMS deposits – there are several attractive targets that have seen little or no drilling. The Deeds Island area is one such target, comprising an 800-metre long zinc bedrock geochemical anomaly (up to 1,000 ppm zinc), closely associated with a strong extensive garnet-actinolite alteration zone and coincident airborne EM conductors. It is situated 6 km to the east of the Billiton deposit in younger rocks and represents another prospective VMS target on the Property that has seen no historic drilling (see Figure 2).

A gravity survey will be completed over the Deeds Island area to help prioritize drill targets over this large, prospective anomaly. Line cutting has been completed in preparation for the gravity survey, anticipated to commence in the first week of January. Follow-up drilling will occur shortly thereafter, while freeze-up conditions are in effect in this area.

1The resource described above is considered historic under NI-43-101 guidelines and have not been verified by an Independent Qualified Person and therefore should not be relied upon. The Company is not treating the historic resource as a current Mineral Resource

The Marshall Lake high-grade VMS copper, zinc, silver and gold project, comprises an area of approximately 104 square km located 120 km north of Geraldton, Ontario and is accessible by all-season road from the Trans-Canada Highway and just 22 km north of the main CNR rail line. Copper Lake has a 75% interest in the joint ventured property, which consists of 233 claims and 52 mining leases. The project also includes 148 claim cells staked in 2018 and 2020 that are 100% owned and not subject to any royalties, which add approximately 30 square km to the original property.

Copper Lake also has a 71.41% joint venture interest in the Norton Lake nickel, copper, cobalt, and palladium PGM project, located in the southern Ring of Fire area, which is approximately 100 km north of the Marshall Lake Property. The Norton Lake project has a NI 43-101 compliant Measured and Indicated resource of 2.26 million tonnes @ 0.67% Ni, 0.61% Cu, 0.03% Co and 0.46 g/t Pd.   The Norton Lake property is located in the traditional territories of the Eabametoong and Neskantaga First Nations.