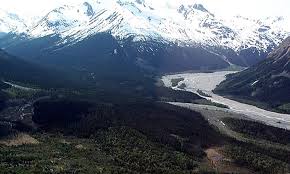 Copper Fox Metals Inc. (TSX-V:CUU) is pleased to announce it has received a cash refund of $3,627,858.50 from the British Columbia Mineral Exploration Tax Credit. The Company in its audited financial statements included a BCMETC refund of $4.4 million. The difference between the booked amount of the BCMETC in the audited financial statements and that received is due to the disallowance of certain expenditures by Canada Revenue Agency. Copper Fox has reserved the right to challenge the CRA assessment of expenditures and is currently assessing its legal options.

Elmer B. Stewart, President and CEO of Copper Fox stated, “This cash refund provides Copper Fox the funds necessary to cover its general and administrative costs as well as complete its planned 2015 activities on the Van Dyke and Sombrero Butte copper projects in Arizona and to either maintain or increase its equity interest in Carmax Mining Corporation. Going forward, the Company will continue to focus on conserving cash while at the same time advancing its assets on a technical and value added basis.”

Copper Fox is a Canadian based resource company listed on the TSX-Venture Exchange with offices in Calgary, Alberta and Miami, Arizona. Copper Fox holds a 25% interest in a joint venture with Teck Resources Limited on the Schaft Creek copper/gold/molybdenum/silver project located in northwestern British Columbia. On January 23, 2013, a National Instrument 43-101 Technical Report was prepared by Tetra Tech under the direction of Copper Fox comprising a feasibility study of a 130,000 tonne per day-open pit mine with a Proven and Probable Reserve of 940.8 million tonnes grading 0.27% copper, 0.19 g/t gold, 0,018% molybdenum and 1.72 g/t silver; (recoverable CuEq 0.40 over a 21 year mine life with contained metal of 5,611.7 million pounds of copper, 5.8 million ounces of gold, 363.5 million pounds of molybdenum and 51.7 million ounces of silver.

In addition to Copper Fox’s 25% interest in the Schaft Creek Joint Venture, Copper Fox holds through Desert Fox Copper Inc. and its wholly-owned subsidiaries, 100% interest in the Sombrero Butte copper project in the Bunker Hill Mining District, Arizona and the Van Dyke oxide copper project in the Globe-Miami Mining District, Arizona. Desert Fox has an operations office in Miami, Arizona with the objective of completing a Preliminary Economic Assessment on the Van Dyke copper project. Copper Fox holds through Northern Copper Fox Inc. a 42.09% equity interest in Carmax Mining Corp. who in turn, owns 100% of the Eaglehead copper/gold/molybdenum project located in northwestern British Columbia.