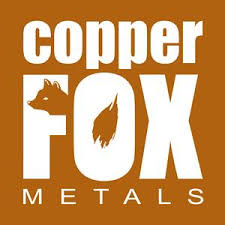 Copper Fox Metals Inc. (TSX-V:CUU) (OTC:CPFXF) is pleased to announce that it has closed its previously announced non-brokered private placement, raising aggregate gross proceeds of $1,200,000 through the sale of 12,000,000 units at a price of $0.10 per Unit.  Each Unit consisted of one common share in the capital of the Company  and one-half common share purchase warrant.  Each Warrant entitles the holder to purchase one Common Share for an exercise price of $0.12 during the first 12 month period after the closing of the Offering, and $0.15 during the second 12 month period after the closing of the Offering.  In the event that the 20-day volume weighted average price of the common shares listed on the TSX Venture Exchange is above $0.20, the expiry date of the Warrants will be accelerated to a date that is 30 days after the first date such threshold is met.

In accordance with applicable securities legislation, securities issued pursuant to the Offering are subject to a hold period of four months plus one day from the date of the completion of the Offering.

The net proceeds raised from the Offering will be used for ongoing activities and general corporate purposes of the Company.

Finders’ fees on a portion of the gross proceeds received by the Company from the sale of Units sold pursuant to the Offering shall include cash of $12,500.

The Offering included subscriptions by four insiders of the Company. Mr. Ernesto Echavarria, a director, insider and a control person of the Company (as defined by the policies of the TSX Venture Exchange) purchased 7,200,000 Units.

Subscriptions completed by insiders in the Offering, including the subscription by Mr. Echavarria, constituted a “Related Party Transaction” under Policy 5.9 of the TSX Venture Exchange, which adopts Multilateral Instrument 61-101 as a policy of the TSX Venture Exchange.  In completing such transactions, Copper Fox relied on the applicable exemptions from the valuation requirement and minority security holder approval requirements available under Sections 5.5(a) and 5.7(a) of MI 61-101, respectively, on the basis that the participation in the private placement by insiders did not exceed 25% of the Company’s market capitalization.

The closing of the Offering remains subject to the final approval of the TSX Venture Exchange.

Copper Fox is a Tier 1 Canadian resource company listed on the TSX Venture Exchange focused on copper exploration and development in Canada and the United States.  The principal assets of Copper Fox and its wholly owned Canadian and United States subsidiaries, being Northern Fox Copper Inc. and Desert Fox Copper Inc., are the 25% interest in the Schaft Creek Joint Venture with Teck Resources Limited on the Schaft Creek copper-gold-molybdenum-silver project located in northwestern British Columbia and a 100% ownership of the Van Dyke oxide copper project located in Miami, Arizona.