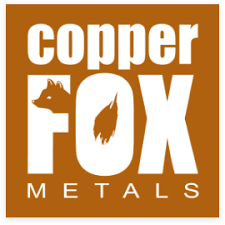 The aggregate consideration to be paid by Northern Fox for the Eaglehead Property is CAD$1.412 million, which will consist of CAD$1.2 million cash payable to District Copper in installments over a three year period, and the assumption by Northern Fox of the reclamation bond for the Eaglehead Property in the amount of CAD$212,000. Under the terms of the agreement, Northern Fox has paid a non-refundable deposit of $50,000 on signing. An additional $150,000 will be paid at Closing and the balance of the purchase price in the amount of $1,000,000 will be payable in three annual installments of $340,000, $330,000 and $330,000 respectively on each anniversary following Closing.

At Closing, District Copper will have received cash payment of $200,000 from Northern Fox and the refund of the CAD$212,000 reclamation bond that District Copper currently has on deposit with the British Columbia Ministry of Energy, Mines and Petroleum Resources.

The Agreement also grants District Copper a 0.5% net smelter return royalty over the Eaglehead Property, half of which can be purchased by Northern Fox for $1,000,000 at any time up until the second anniversary of commercial production on the Eaglehead Property. Northern Fox has retained the right to accelerate the installment payments to District Copper in its sole discretion.

The closing of the transaction contemplated by the Agreement remains subject to the approval of the TSX Venture Exchange. The transaction is a Non-Arm’s Length transaction pursuant to TSX Venture Exchange policies and a related party transaction pursuant to Multilateral Instrument 61-101, Protection of Minority Security Holders in Special Transactions. Copper Fox is exempt from the valuation and minority approval requirements in MI 61-101 as the fair market value of the Eaglehead Property, as well as the value of the cash to be paid as consideration, does not exceed 25% of Copper Fox’s market capitalization.

Elmer B. Stewart, President and CEO of Copper Fox, stated, “The proposed acquisition of the Eaglehead copper project advances Copper Fox’s business strategy of the acquisition and exploration and development of potentially large porphyry copper projects in North America while at the same time providing non-dilutive funding to District Copper to continue exploration of its two gold projects in Canada”.

The Project is at an early to intermediate stage of exploration that hosts a calc-alkalic porphyry copper-molybdenum-gold-silver system. The Project is located in the Liard Mining Division in northern British Columbia. Since discovery of the Camp zone in 1963, various exploration activities have been completed by numerous exploration companies including grid-base soil geochemical sampling, modern ground-based and airborne geophysical surveys, 126 diamond drillholes and preliminary metallurgical test work.

Exploration has identified five zones of porphyry style copper-molybdenum-gold-silver mineralization that could be part of the same porphyry copper system and further exploration including diamond drilling would be required to evaluate the porphyry potential of the Project.

Elmer B. Stewart, MSc. P. Geol., President and CEO of Copper Fox, is the Company’s non-independent, nominated Qualified Person pursuant to National Instrument 43-101, Standards for Disclosure for Mineral Projects, and has reviewed and approves the scientific and technical information disclosed in this news release.

Copper Fox is a Tier 1 Canadian resource company listed on the TSX Venture Exchange focused on copper exploration and development in Canada and the United States. The principal assets of Copper Fox and its wholly owned Canadian and United States subsidiaries, being Northern Fox Copper Inc. and Desert Fox Copper Inc., are the 25% interest in the Schaft Creek Joint Venture with Teck Resources Limited on the Schaft Creek copper-gold-molybdenum-silver project located in northwestern British Columbia and a 100% ownership of the Van Dyke oxide copper project located in Miami, Arizona.