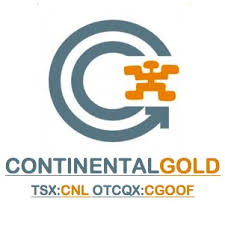 Continental Gold Inc. (TSX:CNL) (OTCQX:CGOOF) is pleased to announce that an affiliate of Zijin Mining Group Co., Ltd. has agreed to provide up to an additional US$50 million unsecured loan to the Company. The proceeds of the Loan will be advanced in up to three tranches, with the first US$25 million expected to be funded in the near term, prior to closing of the previously-announced plan of arrangement involving the Company, Zijin and 2727957 Ontario Inc. a wholly-owned subsidiary of Zijin, and used to advance the construction and commissioning of the Buriticá Project. The second advance of up to US$25 million will be funded immediately prior to closing of the Transaction and used to pay closing costs. Any amount not advanced as part of the first or second advance will be advanced to the Company in a third and final tranche. Each advance is subject to certain conditions precedent.

The Loan is unsecured, repayable on the fifth anniversary date of closing and bears interest at 10% per annum with quarterly interest payments. The Loan’s maturity date will be accelerated in certain circumstances, including in the event the Company’s senior secured facility is terminated. The Loan is also subject to an early repayment fee of 2.5% and, following an event of default, will incur interest at an additional 5% per annum.

As previously disclosed, the Transaction provides for the acquisition by the Purchaser of the issued and outstanding common shares of the Company (“Common Shares”) by way of a statutory plan of arrangement under the Business Corporations Act (Ontario). Each Continental shareholder will receive cash consideration of C$5.50 for each Common Share held.

The Transaction remains on track for closing in the first quarter of 2020 subject to obtaining the Canadian Investment Act approval and the Chinese State Administration of Foreign Exchange (SAFE) registration, and satisfying certain other closing conditions. Following closing of the Transaction, the Common Shares will be de‑listed from the Toronto Stock Exchange and will not be available for trading on the Toronto Stock Exchange or the OTCQX International.

Continental Gold is the leading large-scale gold mining company in Colombia and is presently developing its 100%-owned Buriticá project in Antioquia. Buriticá is one of the largest and highest-grade gold projects in the world and is being advanced utilizing best practices for mine construction, environmental care and community inclusion. Led by an international management team with a successful record of discovering, financing and developing large high-grade gold deposits in Latin America, the Buriticá project is on schedule with mechanical completion anticipated during the first quarter of 2020.