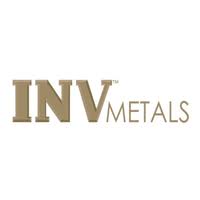 The Company is committed to the responsible development of Loma Larga and is currently working with the Ministry of Environment and Water and the Ministry of Energy and Non-renewable Resources to review the Environmental Impact Study to advance Loma Larga through the permit process. The Company looks forward to continuing its dedication to open, honest and transparent communication through its consultation efforts with the local communities and the Canton of Cuenca.

Previously, the Constitutional Court reviewed the issue of holding referendums related to the cancellation of valid and legally granted mineral rights which would by extension impact the historical and future investment of concession holders in mining, development and exploration projects. The Constitutional Court ruled previously that substantively local referendums that would have retroactive effects on legally granted mining rights violate the rights of mining concessionaires.

The Constitutional Court confirmed the right to legal certainty in its decision today, stating, “In this regard, the Agency has already ruled that legal certainty is a cross-cutting right that radiates throughout the legal order and to all the actions of the public authorities, so that persons must have a predictable, clear, determined, stable and coherent legal order which allows them to have a reasonable notion of the rules of the game that will be applied to them. Thus, this right must be strictly observed by the powers to provide certainty to the individual and society that their legal status will only be modified by regular procedures established prior to them and by competent authority to avoid arbitrariness.”

The Constitutional Court also approved the application by the Cuenca City Council to hold a referendum on large-scale and medium-scale mining activities within the five water sources of the city, citing the right of citizens to participation. The Constitution expressly stated, “The effects of this popular consultation, in the face of an affirmative pronouncement of the electorate, will be only towards the future.”, clarifying that currently granted concessions, such as Loma Larga, will not be affected.

The decision of the Constitutional Court sets the precedent that if any further future referendum requests which meet the criteria previously set by the Constitutional Court are allowed to proceed, it is expected that the potential impact will only be related to future mineral rights not yet granted and may not be retroactively applied to previously granted concessions based on legally valid laws, rules and regulations.