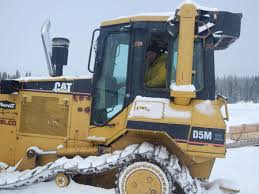 Commerce Resources Corp. (TSX-V:CCE) (FSE:D7H) is pleased to provide an update on its Infrastructure Development Plan, as part of the ongoing Pre-feasibility Study underway for the Ashram Rare Earth Deposit located in northern Quebec.

The Preliminary Economic Assessment ‎assumed the mineral processing, as well as all downstream hydrometallurgical processing through to a mixed rare earth concentrate, would occur at the mine-site. However, trade-off analyses completed as part of the ongoing PFS have concluded that the hydrometallurgical processing would be more cost-effective if located closer to existing infrastructure, with the St Lawrence Seaway and Maritime regions targeted. Therefore, for the purposes of the PFS analysis, the Ashram Project is now divided into “North” and “South” project areas. The major project infrastructure components considered in each include:

All the remaining on-site data collection (geochemical, geotechnical, geomechanical, hydrogeological, and hydrological) for the open-pit mine and immediate area, as required to support the PFS, are anticipated to be completed by the end of the summer, with final engineering to PFS level to be completed shortly thereafter.

Favourable options for the location of either “dry stack” or “conventional” tailings management facilities have been identified within close proximity to the deposit and haul road. The option to select either dry stacking or conventional tailings management lends the project enhanced versatility through cost-benefit evaluation and contrasting of the technical merits of each design.

The details of the‎ mine-site airstrip and haul road route north to the coast were first discussed in the news release dated June 19, 2013. Subsequently, a significant amount of data has now been collected from an on-site weather station, allowing for a final evaluation of the nine potential airstrip sites previously identified. An economic trade-off study is currently underway to evaluate the haul road route options (i.e. north to coast, or south to existing infrastructure).

Of the sites evaluated in the South Project Area, four have been identified as priority candidates for final selection. Community consultation and further evaluation, both from technical and economic as well as environmental and social standpoints, are underway.

The Ashram Project’s Preliminary Economic Assessment (PEA) (effective date of July 5, 2015; revised January 7, 2015) is preliminary in nature, and includes inferred mineral resources that are considered too speculative geologically to have the economic considerations applied to them that would enable them to be categorized as mineral reserves, and there is no certainty that the PEA will be realized. With respect to the ongoing Pre-feasibility Study (PFS), the results of the studies described in this news release, which support the Infrastructure Development Plan to be developed as part of the PFS, will be incorporated along with other necessary technical data, including geological and engineering studies, into the PFS with costs and benefits to be described in more detail therein.

Commerce Resources Corp. is an exploration and development company with a particular focus on deposits of rare metals and rare earth elements. The Company is focused on the development of its Ashram Rare Earth Element Deposit in Quebec and the Upper Fir Tantalum and Niobium Deposit in British Columbia.