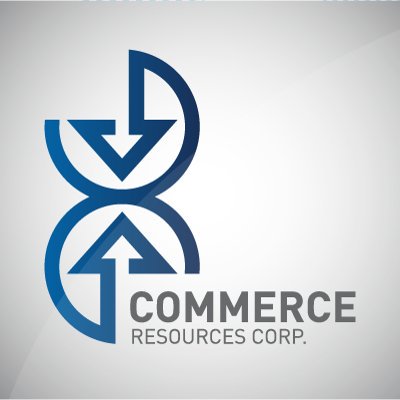 Commerce Resources Corp. (TSX-V: CCE) (FSE: D7H0) is pleased to announce that it has completed its previously announced non-brokered private placement, as described in its News Release dated April 21, 2021, pursuant to which it has issued an aggregate of 7,836,657 units at a price of $0.33 per Unit for gross proceeds of $2,586,097. The Offering was oversubscribed by $586,097. Each Unit consists of one common share in the capital of the Company and one common share purchase warrant. Each Warrant is exercisable into one additional Share at a price of $0.44 per Share for a period of five years from the closing date.

The Company paid cash finder’s fees of $85,661.40 and issued 255,920 finder’s warrants to certain finders in connection with the Offering. The Finder’s Warrants have the same terms and conditions as the Warrants.

The aggregate gross proceeds from the sale of the Offering will be used to advance the developments of the Ashram REE/ Fluorspar Deposit and for general working capital.

The securities issued under the Offering, and the shares that may be issuable on exercise of the Warrants and the Finder’s Warrants, are subject to a statutory hold period expiring four months and one day from the date of closing.

None of the securities sold in connection with the Offering will be registered under the United States Securities Act of 1933, as amended, and no such securities may be offered or sold in the United States absent registration or an applicable exemption from the registration requirements. This news release shall not constitute an offer to sell or the solicitation of an offer to buy nor shall there be any sale of the securities in any jurisdiction in which such offer, solicitation or sale would be unlawful.

Commerce Resources Corp. is a junior mineral resource company focused on the development of the Ashram Rare Earth and Fluorspar Deposit located in Quebec, Canada. The Company is positioning to be one of the lowest cost rare earth producers globally, with a specific focus on being a long-term supplier of mixed rare earth carbonate and/or NdPr oxide to the global market. The Ashram Deposit is characterized by simple rare earth (monazite, bastnaesite, xenotime) and gangue (carbonates) mineralogy, a large tonnage resource at favourable grade, and has demonstrated the production of high-grade (>45% REO) mineral concentrates at high recovery (>70%) in line with active global producers. In addition to being one of the largest rare earth deposits globally, Ashram is also one of the largest fluorspar deposits globally and has the potential to be a long-term supplier to the met-spar and acid-spar markets. Commerce Resources also owns the Blue River Tantalum & Niobium project in British Columbia, with the Upper Fir Deposit, which has a significant defined resource and a positive PEA released in 2011.