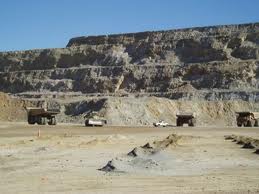 “Given our prominent gold project portfolio and established base of shareholders in the United States, trading on the OTCQX was a natural evolution for Columbus Gold. We anticipate an increase in our profile with the augmented market visibility and unique trading platform that the OTCQX marketplace will provide,” commented Robert Giustra, Chairman and CEO of Columbus Gold.

Robert Giustra commented further, “Adding liquidity and building investor awareness are ongoing objectives and to that extent we are also aiming to become DTC-eligible in the United States and to graduate to the Toronto Stock Exchange from the TSX Venture Exchange in the coming months; milestones that would also significantly improve access to capital.”

Scarsdale Equities LLC will serve as Columbus Gold’s Principal American Liaison (“PAL”) on the OTCQX, and provide guidance to Columbus on OTCQX requirements.

Columbus Gold is a gold exploration and development company operating in French Guiana and Nevada. At its 100% owned Paul Isnard Project in French Guiana, Columbus is developing the Montagne d’Or gold deposit, which hosts a current NI 43-101 compliant inferred resource of 4.3 million ounces (140.1 million tonnes @ 1.0 gpt gold at a 0.4 gpt cut-off).Columbus Gold has entered into an agreement with major gold producer Nord Gold N.V. under which Nordgold has been granted the right to earn a 50.01% interest the Montagne d’Or deposit and certain licences at the Paul Isnard Gold Project. Please refer to Columbus Gold’s news release of June 30, 2014 for further information.

In the United States, Columbus Gold is a prolific project generator focused on advancing projects either through joint-venture with industry partners or on its own where exploration risk is minimized and potential is particularly promising. Columbus is currently developing its 100% owned Eastside gold project in Nevada.