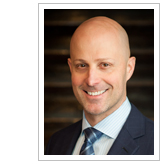 Columbus Gold Corp. (TSX VENTURE:CGT) is pleased to announce that it has completed the sale of a 1% net smelter returns royalty on production from its 100%-owned Paul Isnard gold project in French Guiana. The transaction has been completed with a royalty company for proceeds of US$5 million cash, which has been received by Columbus Gold.

Robert Giustra, CEO of Columbus Gold, commented: “Despite the prevailing inhospitable market conditions characterizing the mining sector, we have not only generated significant capital; we have done so without issuing any shares. This transaction clearly demonstrates our continued dedication to protecting our shareholders from dilution.” Mr. Giustra further added: “With the proceeds of the royalty sale, Columbus Gold now has some $8.5 million in treasury, placing us in a favorable position respecting the advancement of our Paul Isnard gold project.”

With the addition of the above-noted royalty and upon Columbus Gold exercising its option to reduce the existing royalty held by Euro Ressources SA (a company in which IAMGOLD holds a majority 86% interest), the Paul Isnard Project will have an aggregate NSR royalty of 2.8% on the first 2 million ounces produced, 1.9% on the next 3 million ounces produced, and 1% thereafter.