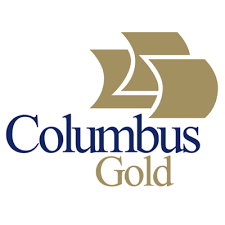 Columbus Gold Corp. (CGT: TSX) (CGTFF: OTCQX) is pleased to announce that it has entered into an agreement with IAMGOLD Corporation (IMG: TSX) to acquire up to a 70% interest in the Maripa gold project, located in French Guiana, France.

“With mine permitting well underway at the Montagne d’Or gold deposit, the timing was right for this deal on Maripa,” said Robert Giustra, Chairman of Columbus Gold. “This low-cost, high-potential acquisition solidifies Columbus Gold’s position as the leading gold exploration and development company in French Guiana.”

Maripa is located in eastern French Guiana, 50 kilometres south of the capital city of Cayenne, and is comprised of up to five contiguous exploration permits (PER) that cover an area of approximately 120 square kilometres. Gold has been mined in the area for over a century; the past producing Changement mine, located within the Maripa project area, recorded gold production of some 40,000 ounces of gold from 1985 to 1996. Past drilling by previous operators between 2002 and 2006 returned the following near-surface drill intercepts:

Additional drill results can be found in the table below.

Maripa has the potential to host a significant gold deposit, and unlike many other gold projects in the Guiana Shield, it is located in an area of excellent access with national highway RN2 running through most of the project.

A Maripa project Location Map can be found at the following link:

A Maripa project Claim Map can be found at the following link:

Maripa is situated along the southern border of a regional deformation zone known as the Northern Guiana Trough (NTG), which can be traced across northern French Guiana into neighboring Suriname. The NTG is recognized as a highly favorable geological setting for gold mineralization; IAMGOLD’s Rosebel mine (13.1 Moz gold) in Suriname is located on the NTG. The geological setting of Maripa is similar to Rosebel, highlighted by a faulted contact between volcanic assemblages of the Paramaca Formation and younger pull-apart basin sediments of the Upper Detrital Unit (UDU, or the Orapu Formation). The presence of thick sections of UDU sediments in the Maripa area attest to an extensional structural regime favorable to hydrothermal activity and associated gold mineralization.

Past Exploration Work at Maripa

Maripa has been subject to several phases of exploration, beginning with the Bureau Minier Guyanais (BMG), from 1958-59, and ending with IAMGOLD, from 2000 to 2006. Exploration consisted of ground and airborne geophysical surveying, soil and auger grid sampling, geological mapping and rock sampling, trenching, and core drilling. To date, a total of 134 shallow core holes have been drilled (average core length 67 metres), totaling 9,000 metres. Past exploration was successful in delineating several wide zones/shears of gold mineralization along the Paramaca-UDU contact, in the Paramaca volcanics to south of the contact, and within granitic stocks that intrude the Paramaca volcanics. Gold mineralization is associated with quartz and quartz-pyrite veining.

Most of the drilling was conducted by IAMGOLD (106 of the 134 holes) and was focused on five large gold geochemical anomalies, the Changement, Filon Dron, Maripa Sud‑Est, Rhyodacite and Filon Scieur targets. Although first pass drilling of these targets was limited to shallow depths within the oxidized saprolite layer, all five targets returned drill intersections of economic interest with demonstrated potential for expansion and mineral resource delineation. Additionally, several large gold geochemical anomalies remain untested.

Past exploration work conducted at Maripa provides Columbus with an excellent base of geological, geochemical and geophysical data to advance Maripa to the drill definition stage in 2019.

Two-stage option to earn up to a 70% interest in the Maripa Project:

Columbus is a leading gold exploration and development company operating in French Guiana, France. Columbus holds a major interest in the world-class Montagne d’Or gold deposit in French Guiana. A Feasibility Study for Montagne d’Or was completed in May 2017, and the permitting process is currently underway.