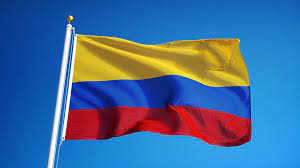 At the closing of Colombia’s National Mining Congress and having as a witness Marianick Tremblay, Ambassador of Canada in Colombia, and Ivan Duque Marquez, the President of the Republic, the Asociación Colombiana de Minería (ACM) announced the adoption of Towards Sustainable Mining (TSM), a performance system developed by the Mining Association of Canada (MAC) that improves environmental and social practices in the mining sector.

As a result, ACM and its affiliated companies, producers of coal, gold, nickel, emeralds, copper, drag materials, cement, limestone, brick-making and industrial minerals in the country, will adopt a set of indicators that will allow them to measure and publicly report on the quality of its management systems.

“To meet the global demand for minerals and metals that we need to build the greener world we dream of, today the Colombian mining industry takes another big step in terms of sustainability. We have been pioneers in good practices worldwide. This standard will allow companies to measure and demonstrate their positive impact models in social and environmental matters,” said Juan Camilo Nariño, President of the ACM.

The ACM joins eight other mining associations around the world, the third in South America together with Brazil and Argentina, in adopting the standard. With MAC’s support, the ACM will tailor TSM’s performance areas to reflect the unique aspects of its mining industry and commits to implementation in the next five years.

TSM is a globally recognized sustainability program that supports mining companies in managing key environmental and social risks. TSM was the first mining sustainability standard in the world to require site-level assessments and is mandatory for all companies that are members of implementing associations. Through TSM, eight critical aspects of social and environmental performance are evaluated, independently validated, and publicly reported against 30 distinct performance indicators.

“The most interesting thing about the TSM standard is that communities and other interest groups have the opportunity to participate actively so that they can learn about the commitments and progress during the implementation process of each participating company,” added Nariño.

“We feel privileged that Colombia has chosen TSM to drive environmental and social performance in its mining sector and are very proud of TSM’s increasingly global reach,” said Pierre Gratton, MAC’s President and CEO. “The past five years have witnessed TSM’s adoption by other mining associations around the world and the program is now in the process of being implemented in Norway, Finland, Spain, Botswana, Brazil, Argentina, the Philippines and Australia, allowing us to say that TSM is a truly global standard.”

Performance in TSM is evaluated across a set of detailed environmental and social performance standards, including climate change, tailings management, water stewardship, Indigenous and community relationships, safety and health, biodiversity conservation, crisis management and preventing child and forced labour. TSM helps drive performance improvement where it counts — at the site level — and contributes to securing support for mining activities from the communities where it operates.

“Exporting Canada’s expertise in environmental and social stewardship is one important way that we can contribute to responsible mining practices around the world,” said Gratton. “As a constantly evolving standard, TSM is particularly attractive globally due to its focus on climate change, effective tailings management and good practice in respectful engagement and collaboration with Indigenous communities, three focal points in our industry. Countries that adopt the program are openly committing to going beyond the word of the law when it comes to sustainable practices.”

To ensure TSM reflects the expectations of civil society and industry stakeholders, it was designed and continues to be shaped by an independent, multi-interest advisory panel. As part of its implementation, the ACM will implement a similar advisory body to provide this valuable oversight function.

The ACM is the association that represents explorers, producers and providers of goods and services related to the mining sector present in the country, dedicated to the generation of responsible and sustainable mining.

The Mining Association of Canada is the national organization for the Canadian mining industry. Its members account for most of Canada’s production of base and precious metals, uranium, diamonds, metallurgical coal, and mined oil sands, and are actively engaged in mineral exploration, mining, smelting, refining and semi-fabrication.

The Towards Sustainable Mining initiative is the sustainability standard developed by the Mining Association of Canada. Mining companies are expected to report regularly on the implementation of each protocol. In addition, their activities will be evaluated by an external auditor every three years.


Mosaic Acquires 100% Interest in the Gaboury and 113 North Projects