Collective Mining Drills its Highest-Grade Interval to Date Returning 237.70 Metres at 2.88 g/t Gold Equivalent and Expands the Dimensions of the Main Breccia Discovery at Apollo

Collective Mining Drills its Highest-Grade Interval to Date Returning 237.70 Metres at 2.88 g/t Gold Equivalent and Expands the Dimensions of the Main Breccia Discovery at Apollo 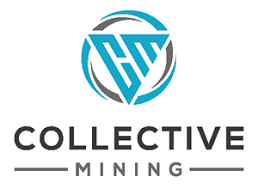 “The Main Breccia discovery at the Apollo target continues to deliver robust results demonstrating remarkable continuity and grade over significant drilling widths.  Drill-hole APC-14 is a very important hole as it not only confirmed that the Main Breccia comes directly to surface in the southern portion of the system but also extended the size (width) of the system to the south and to the north. Subsequent step out drill holes either recently completed or currently underway appear to have intersected significant extensions to the size of the system in the north. Once logging has been completed and interpreted by our team, a further update will be provided in the near term on this exciting development,” commented Ari Sussman, Executive Chairman.

Eleven diamond drill holes with accompanying assay results have now been announced at Apollo and based on results, the Main Breccia at Apollo continues to grow and now measures up to 385 metres along strike by 190 metres in width by 500 metres vertical. The target remains open in all directions and continues to develop into a significant bulk tonnage mineralized system.

Assay results have been received for four new sequential drill holes APC-11 through APC-14. Drill holes APC-12 and APC-14 intersected the Main Breccia and were drilled in different directions from two separate drill pads. APC-14 was drilled to the north from Pad 3 to a final depth of 407.5 metres and APC-12 was drilled eastwards to a final depth of 474.4 metres from the newly constructed Pad 4, which is located 300 metres to the north of Pad 3. Drill holes APC-11 and 13 were collared from Pad 2 and were drilled to the south and east to final depths of 243.75 metres and 313.20 metres respectively.

Assay results and related details are listed below:

Collective Mining is an exploration and development company focused on identifying and exploring prospective mineral projects in South America. Founded by the team that developed and sold Continental Gold Inc. to Zijin Mining for approximately $2 billion in enterprise value, the mission of the Company is to repeat its past success in Colombia by making significant new mineral discoveries and advance the projects to production. Management, insiders and close family and friends own nearly 45% of the outstanding shares of the Company and as a result, are fully aligned with shareholders.

The Company currently holds an option to earn up to a 100% interest in two projects located in Colombia. As a result of an aggressive exploration program at both the Guayabales and San Antonio projects, a total of seven major targets have been defined at Guayabales as well as another three at San Antonio. The Company has made a total of five significant grassroot discoveries at both projects with near-surface discovery holes at the Guayabales project yielding 301.9 metres at 1.11 g/t AuEq at the Olympus target, 163 metres at 1.33 g/t AuEq at the Donut target, 207.15 metres at 2.68 g/t AuEq, 180.6 metres at 2.43 g/t AuEg and 87.8 metres at 2.49 g/t AuEg at the Apollo target and most recently, 102.2m @ 1.53 g/t AuEq at the Trap target. At the San Antonio project, the Company intersected, from surface, 710 metres at 0.53 AuEq. (See related press releases on our website for AuEq calculations)

David J Reading is the designated Qualified Person for this news release within the meaning of National Instrument 43-101 and has reviewed and verified that the technical information contained herein is accurate and approves of the written disclosure of same. Mr. Reading has an MSc in Economic Geology and is a Fellow of the Institute of Materials, Minerals and Mining and of the Society of Economic Geology (SEG). 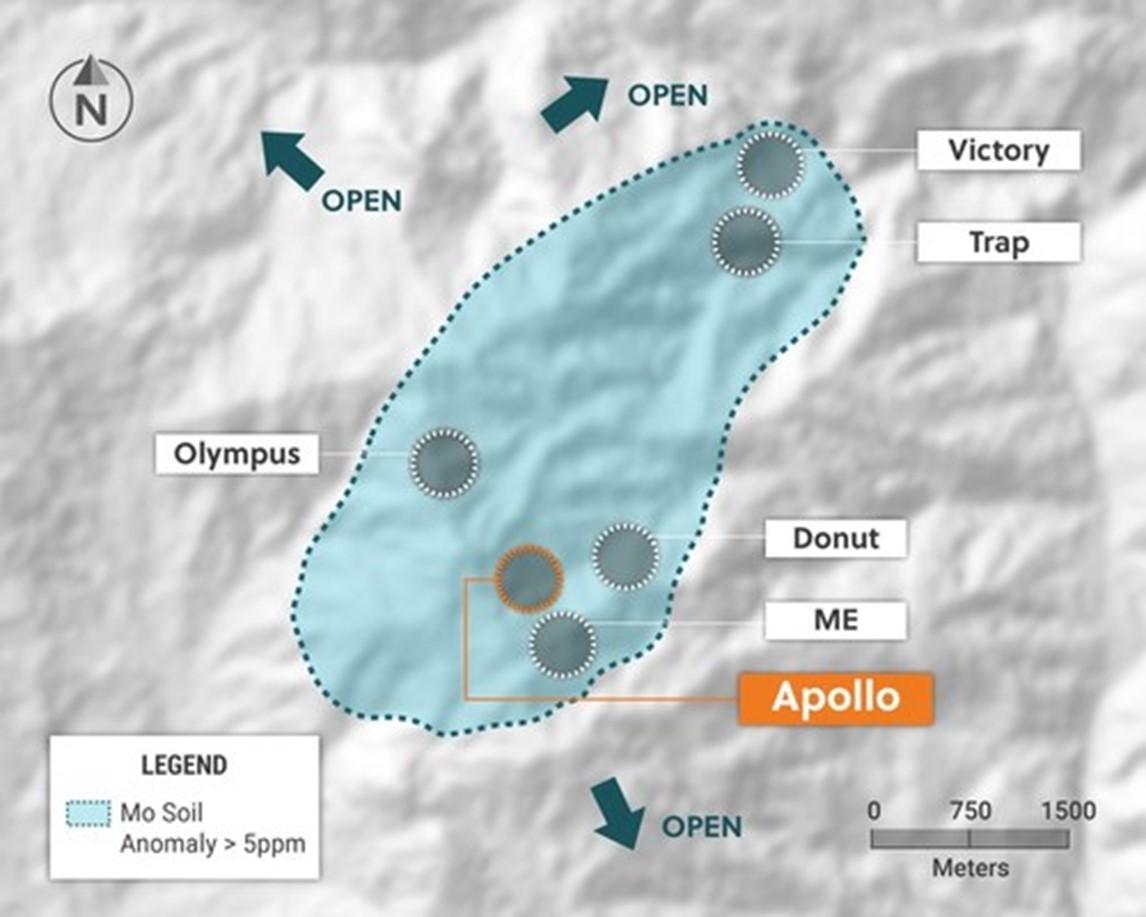 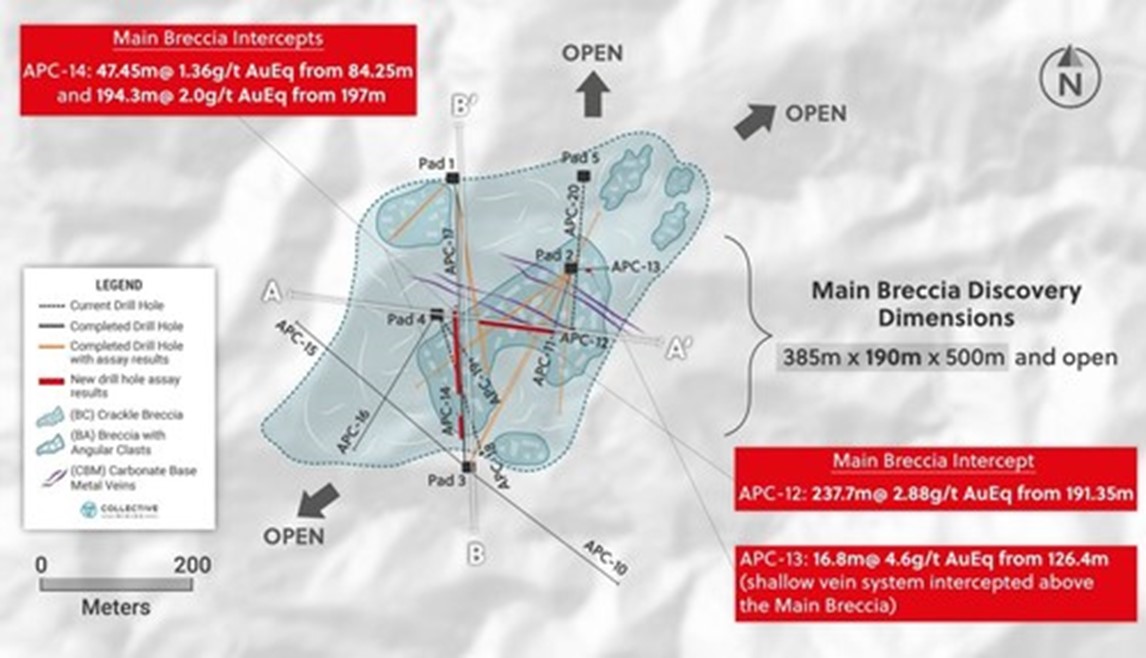 Figure 2: Plan View with Traces of Drill Holes Completed to Date in the Main Breccia Discovery at Apollo with Assay Results for Holes APC-12 to APC-14 in Red (CNW Group/Collective Mining Ltd.) 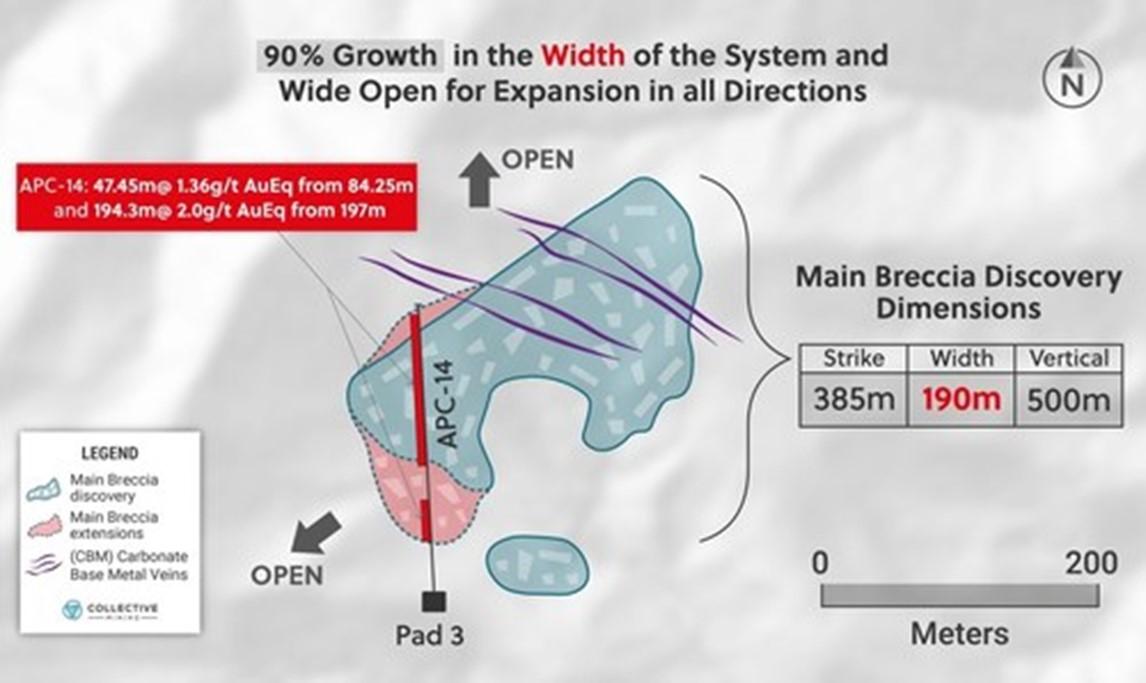 Figure 3: Zoomed in Plan View of the Main Breccia Discovery at Apollo Highlighting the Increase in the Width of the System in the South and North Due to Hole APC-14 (CNW Group/Collective Mining Ltd.) 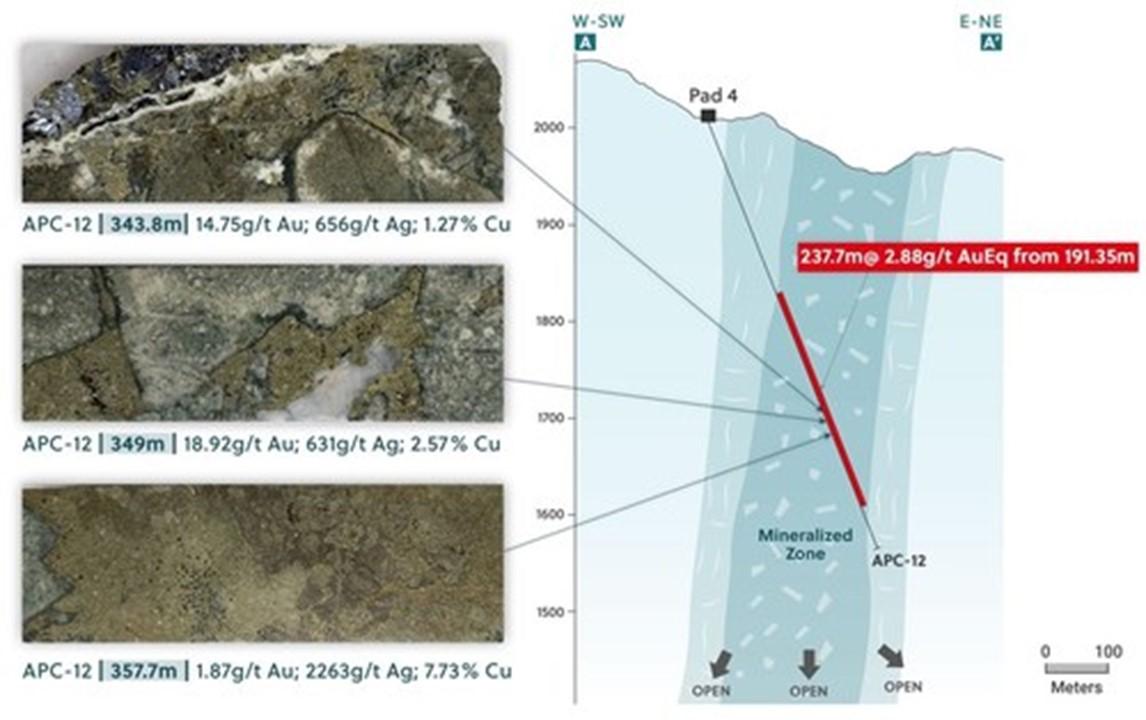 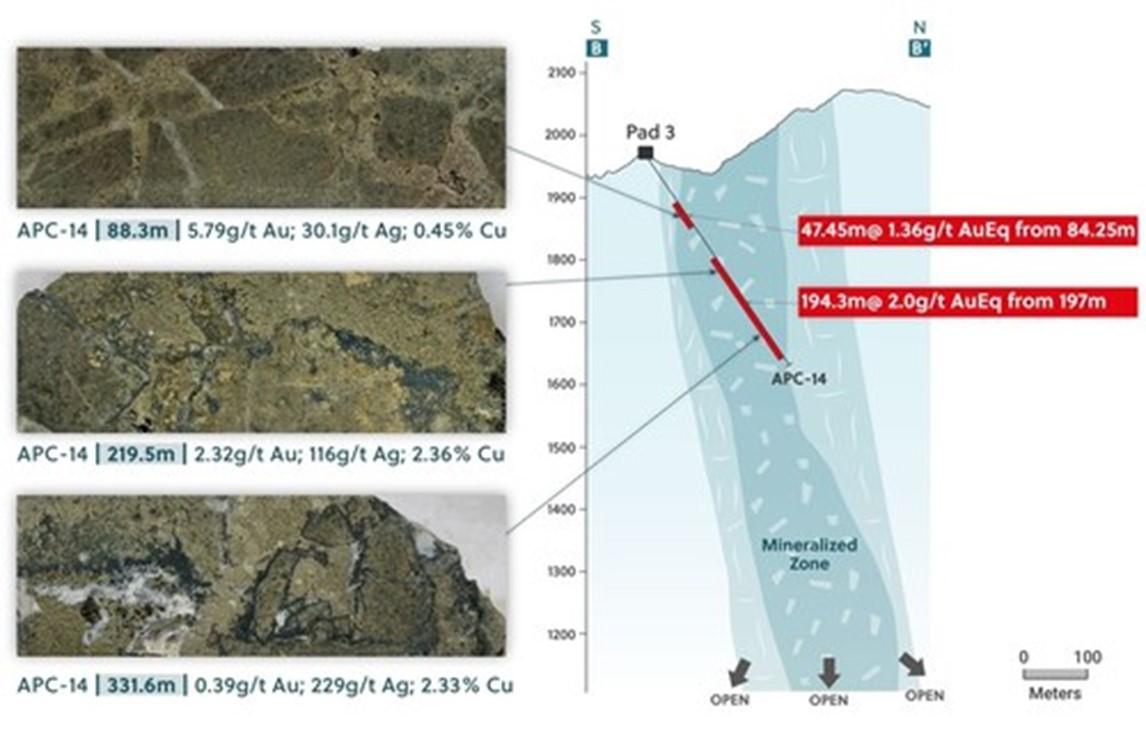