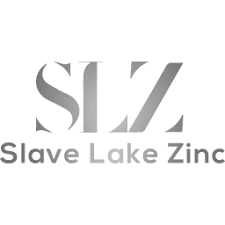 Slave Lake Zinc (CSE: SLZ) is pleased to report that the Company has concluded a Collaboration Agreement with the Northwest Territory Métis Nation to advance the O’Connor Lake Project located in the South Slave Region of Canada’s North West Territories.

Our Collaboration Agreement will allow Slave Lake Zinc to dramatically advance the potential of the O’Connor Lake Project to the mutual benefit of all parties. With future exploration success at O’Connor Lake, this agreement will set the stage for SLZ and the NWTMN to work toward an Impact Benefits agreement as the project further develops.

Historic development work in the early 1950’s included construction of a 45-mile winter access road from the town of Rocher River, drilling 55 core holes and sinking a three-compartment shaft to 180 feet depth with lateral drifting. A test bulk sample of 35 tons was sent for metallurgical testing. The prospect then remained dormant until acquired by Slave Lake Zinc.

During 2019, the Company has undertaken prospecting, mapping and grid-controlled geophysical surveys which have now established an initial mineralized structure exceeding 1100 meters in length extending 700 meters south from the headframe area developed earlier. This continuous zone has been traced by coincident Magnetic and EM anomalies along a structure interpreted from air photo analysis. Samples taken by the Company from trenches 500-600 meters along the trend from the shaft zone returned assays of 20% plus combined zinc plus lead. These results (as reported on October 22, 2019) are consistent with earlier Shaft Zone results. The mineralized corridor remains open along strike and to depth.

This Agreement will open the door for SLZ to look more closely at several historic areas of interest that will be potentially explored with modern geological techniques for the first time by Slave Lake Zinc and our contractors; including areas that have not been explored or have sat idle for over 50 years.

Slave Lake Zinc had recognized for some time that the expanded area of the current lease not only has substantial potential, but was “worth” the time and effort that has resulted in a close relationship with the communities of the South Slave and specifically the Northwest Territory Métis Nation. The Company is very excited with the opportunity to work with the communities and exponentially expand the possibility for success of the O’Connor Lake Project.

Mr. Wigham commented: “It has been a pleasure to work with the members of the Northwest Territory Métis Nation who provided their input in a professional and businesslike manner to complete these agreements.

“Our agreement ensures that with the collaboration and amicable relationship between SLZ and the NWTMN, we can advance our project to its full potential for the benefit of both the shareholders of SLZ and the NWTMN as well as the broader communities of the South Slave Region of the NWT. We (SLZ) look forward to further interaction with the Indigenous communities of the South Slave and to working jointly to enhance the prospects and aspirations of the community members that we can rely on to help SLZ advance the O’Conner Lake project for the benefit of all concerned.”