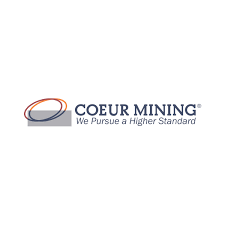 Coeur Mining, Inc. (NYSE: CDE) announced that it has entered into an agreement with Cormark Securities Inc. to sell 5,000,000 common shares of Victoria Gold Corp. (TSX:VGCX) at a price of C$10.90 per share to qualified purchasers, for gross proceeds of approximately C$54.5 million.

The sale transaction is scheduled to close on or about June 30, 2022, or such other date as agreed between the Company and the Dealer.

Coeur will file an early warning report under National Instrument 62-103 in connection with the closing of the sale transaction. A copy of the early warning report filed by the Company will be available under Victoria’s profile on SEDAR at www.sedar.com. Victoria’s head office is located at Suite 204 – 80 Richmond Street, Toronto, Ontario, Canada M5H 2A4.

Coeur Mining, Inc. is a U.S.-based, well-diversified, growing precious metals producer with four wholly-owned operations: the Palmarejo gold-silver complex in Mexico, the Rochester silver-gold mine in Nevada, the Kensington gold mine in Alaska and the Wharf gold mine in South Dakota. In addition, the Company wholly-owns the Silvertip silver-zinc-lead development project in British Columbia and has interests in several precious metals exploration projects throughout North America.