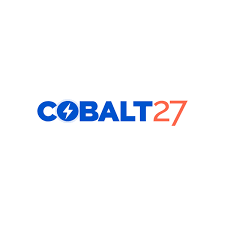 Cobalt 27 Capital Corp. (TSX-V: KBLT)(FRA: 27O) is pleased to announce it has closed its previously announced bought deal offering, pursuant to which a total of 30,800,000 common shares of the Company were sold at a price of $9.75 per Common Share for aggregate gross proceeds of approximately C$300 million.  The Offering was underwritten by a syndicate of underwriters led by TD Securities Inc., Credit Suisse (Canada), Inc., BMO Capital Markets and Scotiabank as bookrunners, National Bank Financial Inc. as co-lead underwriter, and including RBC Capital Markets, Haywood Securities Inc., Canaccord Genuity Corp., Cormark Securities Inc. and Eight Capital.

Cobalt 27 has also granted the Underwriters an over-allotment option, exercisable in whole or in part, at any time up to 30 days following June 27, 2018, to purchase up to an additional 4,620,000 Common Shares at the Issue Price.

The net proceeds of the Offering will be used, along with the Company’s cash on hand, to fund the acquisition by the Company of a US$300 million cobalt stream from a subsidiary of Vale S.A.  On June 11, 2018, the Company announced it had entered into an agreement with Vale to acquire an amount of finished cobalt equal to 32.6% of the cobalt production from Vale’s Voisey’s Bay Mine, including from the proposed Voisey’s Bay Mine Expansion, commencing January 1, 2021, for upfront cash consideration of US$300 million. The upfront cash consideration will represent a prepayment of a portion of the purchase price for the sale of cobalt to Cobalt 27.  As at March 31, 2018, the Company had approximately C$195 million of cash on hand.

The Common Shares issued under the Offering were issued pursuant to a short form prospectus dated June 21, 2018 that was filed with securities regulatory authorities in all provinces and territories of Canada, and also offered by way of private placement into the United States pursuant to Rule 144A and other jurisdictions where exempt from any prospectus, registration or other similar requirements.

The Common Shares have not been registered under the U.S. Securities Act of 1933, as amended, and may not be offered or sold in the United States absent registration or an applicable exemption from the registration requirements. This news release shall not constitute an offer to sell or the solicitation of an offer to buy, nor shall there be any offer, solicitation or sale of the securities in any province, state or jurisdiction in which such offer, solicitation or sale would be unlawful.

Cobalt 27 Capital Corp. is a leading electric metals investment vehicle offering exposure to metals integral to key technologies of the electric vehicle and battery energy storage markets. The Company owns 2,982 Mt of physical cobalt and is acquiring the world’s first producing cobalt nickel stream on the low-cost, long-life Ramu Nickel-Cobalt Mine and a cobalt stream on Vale’s world-class Voisey’s Bay mine‎ beginning in 2021, including the announced underground expansion.  The Company also manages a portfolio of ten royalties and intends to continue to invest in a cobalt-focused portfolio of streams, royalties and direct interests in mineral properties containing cobalt, while potentially adding to its cobalt physical holdings when opportunities arise.