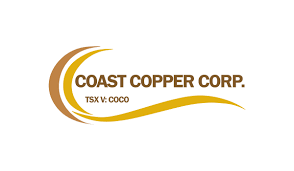 Each FT Unit consists of one common share, on a FT eligible basis, in the capital of Coast Copper and one-half of one non-transferable common share purchase warrant, with each whole warrant entitling the holder to acquire an additional common share of the Company at an exercise price of $0.15 per share with an expiry date of May 25, 2023. If, at any time after completion, the volume weighted average trading price of Coast Copper’s common shares on the TSX Venture Exchange, or other principal exchange on which the common shares are listed, is greater than $0.225 for 10 consecutive trading days, the Company may, at its option, deliver a notice to the holders of the warrants accelerating the Expiry Date to the date that is 30 days following the date of such notice. Concurrent with the giving of such notice, the Company will also issue a press release disclosing the Accelerated Exercise Period. Any unexercised warrants shall automatically expire at the end of the Accelerated Exercise Period. Each NFT Unit consists of one common share in the capital of the Company and one-half of one non-transferable common share purchase warrant, with the warrants having the same terms as the warrants associated with the FT units.

Finders acting in connection with the Offering received aggregate cash fees of $60,960 and a total of 517,385 finders’ warrants, with the warrants having the same terms as those in the Offering. The Offering remains subject to the final approval of the Exchange. All securities issued in the Offering will be subject to a statutory hold period of four months and a day from the Offering’s closing date.

The gross proceeds raised from the issuance of FT Units will be used by Coast Copper to incur eligible Canadian exploration expenses that will qualify as FT mining expenditures as such terms are defined in the Income Tax Act (Canada) related to the Company’s projects in British Columbia. The Company will renounce such CEE with an effective date of no later than December 31, 2021, with CEE to be incurred prior to December 31, 2022. The net proceeds from the issuance of NFT Units will be used for working capital and general corporate purposes.

One director and one officer of the Company participated in the Offering for an aggregate of 314,961 FT Units. The participation by insiders in the private placement is considered to be a related-party transaction as defined under Multilateral Instrument 61-101. The transaction is exempt from the formal valuation and minority shareholder approval requirements of MI 61-101, as neither the fair market value of the securities being issued nor the consideration being paid exceeds 25% of the Company’s market capitalization.

The Company also wishes to announce that it has received a cash payment of $25,000 from Goldplay Mining Inc. and 365,817 common shares of Goldplay. The receipt of cash and shares, together with Goldplay having completed its first-year work program commitment of $200,000, satisfies Goldplay’s first year commitment pursuant to a farm-out agreement on the Company’s  Scottie West property, whereby Goldplay has an option to acquire up to a 70% interest in the property (see news release dated November 23, 2020).

Adam Travis, Company CEO and Directors comments: “we are very grateful for the continued support of many existing shareholders that participated in the financing and welcome several new shareholders. I’m very excited for the advancement of the Coast Copper project portfolio and putting these funds to work. We also would like to wish Goldplay continued success on the Scottie West property. The Company is entering a busy and very exciting time, and we are looking forward to it”

Coast Copper’s exploration focus is the optioned Empire Mine Property, located on Northern Vancouver Island, B.C., which covers three historical open pit mines and two past-producing underground mines that yielded iron, copper, gold and silver. Coast Copper’s other properties include its 100% owned Eldorado, Gin and Bonanza properties located in the Golden Triangle of northern B.C. which are adjacent to the Red Chris Mine, the Knob Hill NW Property located on northern Vancouver Island and the 100% owned Sterling, Sandy and Home Brew properties which are located in central B.C. Coast Copper’s management continues to review precious and base metals opportunities in western North America.