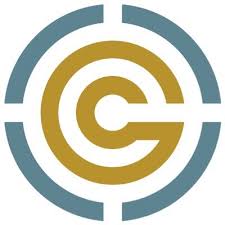 Clarity Gold Corp. (CSE: CLAR) (OTC: CLGCF) (FSE: 27G) is pleased to announce results from the deepest hole to date on the Destiny project, one of 27 holes of the recently completed 10,826 m diamond drilling program at the Destiny Project in the Abitibi Greenstone Belt.

The results in this press release are from one hole completed on the central portion of the DAC Zone that was designed to confirm the mineralized structure at depth. The results of this drilling will play an important role in the continued exploration of the Destiny Project.

“The company is thrilled to have intersected the deepest gold mineralization to date on our flagship project,” stated CEO, James Rogers. “This hole was designed to test the mineralized structure at depths not previously drilled and has identified elevated gold mineralization at a drill depth of nearly 900 meters, which is more than three times the average historic drilling depth of the Destiny Project. This undoubtedly opens up great additional exploration opportunities for the project in a gold camp in which the deepest mines are currently operating at depths up to 2,300 m.”

*Assay results are reported in core length. True width is estimated to be between 75% and 85%. Average recovery for this hole is 99.29%

About the Recently Completed Drilling Program

To date, the Company has released 8 holes comprising approximately 3597 m of 10,826 m from 27 recently completed holes. The Company looks forward to updating further as additional results are received and as we continue to interpret these results as we evaluate bulk tonnage and high-grade models for the Destiny Project.

With the exception of DES21-158, which was abandoned and restarted as DES21-159, all drilling on the project, so far in 2021, has intercepted anomalous gold and confirmed the presence of the quartz carbonate altered and mineralized shear zone. Gold occurs as free gold and in association with pyrite and chalcopyrite as observed in thin section and in drill core.

Table 2 Highlights from the first batch of assay results previously released on June 16, 2021.

*Assay results are reported in core length. True width is estimated to be between 80% and 97%. Average recovery for these holes is 98.99%

Figure 1 – Plan map of drilling in DAC Zone on the Destiny Project showing historic collars and released holes from 2021 program.

Drill core is transported to a facility in Val d’Or where it is logged, photographed, and sampled. Once logging is complete, samples of half core are sawed, prepared and securely shipped to Bureau Veritas Laboratories in Timmins for processing and analysis, an independent, ISO 17025 certified facility. Samples were crushed to 70% passing 2mm and a 250g subsample was pulverized to 85% passing 75μm. The subsample was analyzed by a combination of fire assay with atomic absorption finish for gold and aqua regia digestion with an ICP-ES finish for a suite of 33 elements. Samples containing visible gold or which returned over 2.0 g/t Au were analyzed by metallic screen fire assay. The Company has established a QA/QC program consisting of inserting quality control (QC) samples at regular intervals in the sample stream, including blanks, duplicates, and reference materials.

About the Company’s Flagship Destiny Project

Clarity Gold also anticipates additional results from their continued exploration efforts on the flagship Destiny Project. The company recently completed a 10,826 m drill campaign, with samples currently being processed by Bureau Veritas and are anticipated shortly.

The Destiny Project is located in the prolific Abitibi Greenstone Belt where more than 190 million ounces of gold have been produced historically along major structural breaks within the assemblage of Archean-age volcanic, sedimentary and intrusive rocks. The Destiny Project lies along the approximately 400 km long Chicobi Deformation Zone, a major structural break which is largely underexplored in the Abitibi Greenstone Belt.

The 5,013 ha project includes the DAC Zone, one of several gold zones along an approximately 6 km long segment of the Despinassy Shear Zone within the Chicobi Deformation Zone. Approximately 2.5 km east along strike of the DAC Zone is the Darla Zone. In between the Darla and DAC is the coarsely drilled GAP zone where 2012 drilling intercepted anomalous gold in all 12 holes which were spaced 100 m apart.

Previous work on the property can be summarized as follows:

Clarity Gold Corp. is a Canadian mineral exploration company focused on the acquisition, exploration and development of gold projects in Canada. The Company has entered into an option agreement to purchase 100% of the Destiny Project, Clarity’s flagship asset, a gold-focused project in the mineral rich Abitibi region in Quebec. The Company is based in Vancouver, British Columbia, and is listed on the CSE.