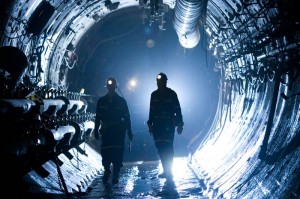 Cameco (TSX:CCO)(NYSE:CCJ) announced that the CNSC has granted a uranium mining licence authorizing construction and operation of the Cigar Lake project. The licence will be valid from July 1, 2013 to June 30, 2021.

“We are pleased with this decision,” said Tim Gitzel, Cameco’s president and CEO. “This licence will allow Cameco to advance the Cigar Lake project into production and shows Canada’s nuclear regulator has confidence in our team.”

As planned, we expect to begin jet boring in ore this summer, with the first packaged pounds expected in the fourth quarter of this year.

Cameco, with its head office in Saskatoon, Saskatchewan, is one of the world’s largest uranium producers. The company’s uranium products are used to generate electricity in nuclear energy plants around the world, providing one of the cleanest sources of energy available today. Cameco’s shares trade on the Toronto and New York stock exchanges.