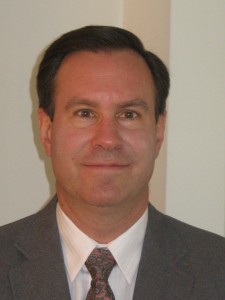 After many, many weeks of seemingly not doing so, most of the world’s financial markets seem to be paying a bit more attention to the growing possibility of greater warfare–especially in two distinct places. President Obama has, belatedly and with no choice any longer, ordered U.S. forces to bomb advancing ISIS positions in Iraq. Some say it will prove too little and too late; this especially as the president (either naïvely or disingenuously) insists he does not want America back in this area’s sectarian conflict because, in the end, they need to kiss and make up and “form an inclusive government.” At least where Obama’s order to provide similarly belated aid to the minority Christian population is concerned, there is uniform approval. 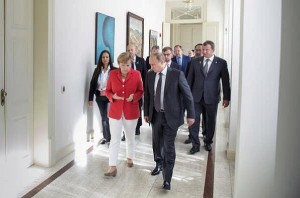 Whether Iraq ends up drawing us in deeper once more remains to be seen. That is of relatively little concern right now. The struggle involving Ukraine is of far greater importance; certainly where entire economies and the markets are concerned. As we saw this past week, the more acute fears that one or the other would become ever more violent hit global stock markets to one extent or  another, caused further plunges in interest rates as investors sought safety, added modestly to gold’s gains and firmed up crude oil, and the like. On Friday much of this reversed, however, based on  seemingly little more than wishful thinking that Russian President Vladimir Putin was somehow “backing away” from the border with Ukraine.

That he pretty much cannot do so owes itself to a number of factors; not the least of these is the fact that his once-reliable and constructive partner, German Chancellor Angela Merkel, has lately seemed more concerned with doing the bidding of America’s rulers than in looking to what is best for her own country and Europe more broadly. Merkel and the E.U. plutocracy have been under some fire from European businesses, as the increasing tit-for-tat sanctions war is starting to have some significant consequences. Many of the citizens of Europe’s lands are angry, having a hard time understanding why some of their leaders refuse to break away from following America’s orders some seven decades now after the end of World War II; something which is not going to do their households a hell of a lot of good if a renewed recession, soaring fuel costs and more are what they have to bear.

Naturally, there is no shortage of (usually) superficial and off point comparisons of the present situation to World War II. Depending on your perspective, both Mrs. Merkel and Mr. Putin have taken their turns in being labeled “the new Hitler.” Especially in the western half or so of Ukraine,

Merkel continues to be excoriated; I suppose it is because she is not quite as eager for a new war with Russia as are the neoconservatives, chicken hawks and bankers running America. The nearby graphic is one of several making the rounds these days on social media and otherwise in Ukraine. 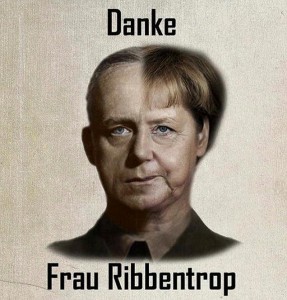 The comparison, of course, is to Adolf Hitler’s years-long Foreign Minister Joachim von Ribbentrop; he was arguably the “cover” used by Soviet leader Joseph Stalin for a time allowing Stalin to take part of Poland and control Ukraine before Hitler did an about-face and later attacked the Soviets.

Whether Merkel can be similarly categorized today is dubious, even if it does make for provocative cartoons. But there is, I believe, one very identifiable and–if not checked soon–equally deadly similarity to what is going on in Ukraine today, and what helped accelerate the onset of WorldWar II.

As the highly-regarded English journalist and historian A.J.P. Taylor dispassionately yet comprehensively chronicled in his 1961 book The Origins of the Second World War, the fact that Hitler invaded Poland in 1939 was not solely because he had a grand design to conquer all of Europe. Just as much perhaps–and, certainly, providing the “justification”–was that Poland had determined it had a free hand to treat ethnic Germans in the so-called Danzig corridor and elsewhere in any manner it pleased. And Poland felt this “tough” because they believed that France and Britain–with whom they had alliances and defense treaties–would always have their back. So when Hitler invaded, the new world war was on (though, as Taylor reminds us in his book, it was many months before Britain did much of anything, in part due to it realizing that it probably never should have been such an enabler for Poland.)

And what do we have in today’s headlines, in the form of the current government in Kiev under its new President Petro Poroshenko? Again, we have a “tough” leader of, in this case, a bankrupt country who–even as our own P.B.S. has reported over the last several days–has decided he has carte blanche to destroy the pro-Russian resistance in eastern Ukraine by indiscriminately destroying anyone and anything there. Huge numbers of civilians have been killed. Scores of thousands have fled; not toward the brute Poroshenko in the west, but into Russia. Numerous times of late, Putin–who, I imagine, would truly rather not send his army in to the rescue if it can be avoided–has tried to get the United Nations and other bodies, including the International Red Cross, to help.

But tragically, it seems that this eerie parallel to 1939 is almost desired by the “allies,” led by the U.S. If and when Putin no longer has any choice but to protect ethnic Russians from the U.S./E.U.- financed and enabled Poroshenko, it will be his “fault” for such an action which will lead only to more economic and–ultimately–military battles. And maybe that really is where we are heading. Even before that tragic incident of the Malaysian passenger jet being shot out of the sky, it was looking pretty clear—to some of us, at least–why things were going in this direction, as I wrote in “The Real Reasons for New Sanction Threats Against Russia” back at the end of June. 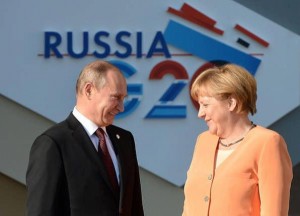 The one world leader who tomorrow could put a stop to this is Frau Merkel. She could determine tomorrow that it is for Europe (and for Germany as the continent’s most powerful country) to find a solution to the current struggle over Ukraine; one which was brought about by the largely American destabilization of the Yanukovich government to begin with.

Merkel–and other world leaders, including the thug Poroshenko–need to be adult and honest enough to admit that Ukraine’s borders are a political fiction to begin with. Indeed–even if most world leaders for various reasons can’t or won’t acknowledge this–Ukraine pretty much gives the “victorious allies” of World Wars I and II alike a perfect record in screwing up anyway. Consider the thankfully former Yugoslavia…the country of Israel…Iraq…now Ukraine. In each and every case, these are “nations” put together in defiance of cultural and other factors, and usually at somebody’s expense. The resulting conflicts bubbling up anew once again threaten world peace and stability.

Then again, they continue to further strengthen and enrich the military-industrial complex, its financiers and its various beneficiaries. Perhaps it’s no more complicated than understanding that.

We can only hope and pray that Merkel picks up the phone posthaste and makes three calls.

The first will be to Barack Obama, telling him his “help” and advice are no longer required. In any case, she can remind him, he has enough new trouble to worry about as he tries not to get fully re-engaged in Iraq. He needs to let her handle Europe…and Ukraine.

The second will be to Poroshenko, telling him his bankrupt country will no longer have the “western” backing for his brute force tactics in the eastern part of his country. She will no longer be his chief enabler; financially, or otherwise.

The third call will be to Putin, asking for a summit of sorts between just the two of them, at least initially. For the sake of Europe and Eurasia at least–and whether an increasingly shut out America likes it or not–they need to get back on track with the kind of mutually beneficial economic and security cooperation that they had been putting together for several years now.

What the solution will be for Ukraine must be worked out not in outdated Cold War terms and such, but based on present-day reality. Russia has already more than once in the past shown its good intentions by deferring the many billions of dollars Ukraine owes it for natural gas. Putin has also made clear that his security worries over Ukraine only started of late when the U.S.-led N.A.T.O. decided unilaterally to end the years-long position of allowing Ukraine to be an informal “buffer” between Russia and Europe, and started the process of making it a part of that alliance.

Rumors were also swirling that Merkel and Putin were trying to come to some kind of an agreement to make certain parts of the eastern Ukraine into a sort of de-militarized zone. I hope this is true and, if nothing else, demonstrates that Merkel at least has the good sense to remove the only legitimate excuse Putin would have for moving into the country. If she were the one making sure that Poroshenko’s terror war against eastern Ukrainians/Russians was over, perhaps a broader solution could be then put together piece by piece. Again, all we can do is hope and pray.

Unless the N.S.A. and/or others have Merkel so compromised that she thinks she has no choice but to do as she is told by them, Merkel will emerge as a champion throughout Europe if she is able to craft a solution to this. The majority of the citizens of all the European nations would probably want to make her a saint for standing up to the duplicitous U.S. establishment, which has shown its true nature by, among other things, spying on all of them. She will lead the way in bringing Putin back closer to being a key and full partner with Europe, rather than even more galvanizing the “BRICS” movement and putting Europe at risk for years of chronic energy shortages and higher costs, among other things.

We’re about to find out what Chancellor Merkel is really made of; and who she serves.