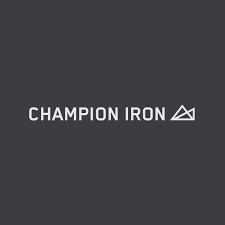 Champion Iron Limited (TSX: CIA) (ASX: CIA) is pleased to announce that the Supreme Court of Newfoundland and Labrador approved the acquisition by the Company and certain of its affiliates from Deloitte Restructuring Inc. as receiver for Alderon Iron Ore Corp. and certain of its affiliates, of the mining properties of the Kamistiatusset iron ore project (the “Kami Project”) located in the Labrador Trough geological belt in southwestern Newfoundland, near the Québec border, and certain related contracts, for a consideration consisting of $15 million in cash, the extinguishment of approximately $19.4 million in secured debt of Alderon and certain of its affiliates and an undertaking in favour of the Receiver to make a finite production payment on a fixed amount of future iron ore concentrate production from the Kami Project.

The Kami Project is a high-grade iron ore project near available infrastructure, situated only a few kilometres south east of the Company’s operating Bloom Lake mine. The Kami Project’s prior owner completed an updated feasibility study in September 2018. If the Acquisition is completed, the Company expects to revise the project’s scope and update its feasibility study in the near term as it diligently considers growth alternatives within its portfolio. As part of the Acquisition, Champion expects to secure an additional eight million tonnes per annum of port capacity, including a pre-payment of port related fees, at the multiuser berth of the port of Sept-Îles, currently being used by the Company to export iron ore concentrate from Bloom Lake. As such, the completion of the Acquisition is expected to strategically position the Company for growth opportunities.

Champion’s CEO, Mr. David Cataford, said “While our Company is rapidly gaining global recognition for its ability to deliver quality iron ore products, the Acquisition would further position our Company to service the rising demand for high-grade iron ore concentrate globally. With our proven ability to transform opportunities into valuable assets for our shareholders, the Acquisition would add to our portfolio a highly prospective project, which is near existing infrastructure. With our focus on respecting the land that we exploit, we look forward to evaluating the potential of this property and working with the local communities in our continued effort to positively contribute to this region.”

Closing of the Acquisition is subject to the consent of the Ministry of Industry, Energy and Technology of Newfoundland and Labrador, as well as other customary closing conditions. The Acquisition is expected to be completed in the fourth quarter of calendar 2020. The Toronto Stock Exchange has conditionally approved the listing of the Consideration Shares.

The Company, through its subsidiary Quebec Iron Ore Inc., owns and operates the Bloom Lake Mining Complex, located on the south end of the Labrador Trough, approximately 13 km north of Fermont, Québec, adjacent to established iron ore producers. Bloom Lake is an open-pit truck and shovel operation with a concentrator, and it ships iron ore concentrate from the site by rail, initially on the Bloom Lake Railway, to a ship loading port in Sept-Îles, Québec. The Bloom Lake Phase I plant has a nameplate capacity of 7.4M tpa and produces a high-grade 66.2% Fe iron ore concentrate with low contaminant levels, which has proven to attract a premium to the Platts IODEX 62% Fe iron ore benchmark. In addition to the partially completed Bloom Lake Phase II expansion project, Champion also controls a portfolio of exploration and development projects in the Labrador Trough, including the Fire Lake North iron ore project, located approximately 40 km south of Bloom Lake. The Company also owns 100% of the Gullbridge-Powderhorn property located in Northern Central Newfoundland. The Company sells its iron ore concentrate globally, including customers in China, Japan, the Middle East, Europe, South Korea and India.