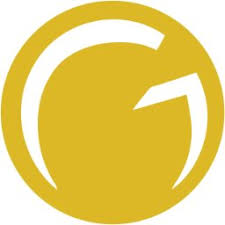 Ceylon Graphite Corp. (TSX-V: CYL) (OTC: CYLYF) (FSE: CCY) is pleased to announce that further to its press release of October 19, 2020, it has closed its first tranche of the private placement. An aggregate of 30,163,566 units at a price of $0.0875 per Unit for gross proceeds of $2,639,312. The second closing for the balance of the Offering is anticipated to occur on or about October 28th, 2020, or such other date as the Company may determine.

“We are very pleased to have attracted the interest of a new strategic and highly sophisticated investor group,” said Bharat Parashar, Chairman and Chief Executive Officer. “The challenge for small cap mining companies is the initial capital to see it through discovery to production. We are producing and have booked our first sales, making Ceylon Graphite a unique story in the graphite mining and energy storage space globally. Most junior companies raise money on the hopes of reaching production someday. We are already there and this new investment simply increases our market advantage.”

The Company intends to use the net proceeds of the offering to accelerate the commercial production initiated earlier this year at its K1 site, finish development and attain mining licensing approval for its M1 site, advance development of additional sites and for general corporate purposes. All securities issued are subject to a statutory hold period of four months and ‎one day.

Ceylon Graphite paid the Finders a cash commission $184,751.84. The Cash Commission was satisfied through the issuance of 2,111,450 Units. In addition, the Company issued to the Finders 2,111,450 non-transferable broker warrants. Each Broker Warrant entitles the Finders to purchase one unit of Ceylon Graphite at the price of $0.0875 per Compensation Unit at any time until October 22, 2023.

Ceylon Graphite is a public company listed on the TSX Venture Exchange, that is in the business of mining for graphite, plus the exploration for and development of graphite mines in Sri Lanka. The Government of Sri Lanka has granted the Company an IML Category A license for its K1 site and exploration rights in a land package of over 120km². These exploration grids (each one square kilometer in area) cover areas of historic graphite production from the early twentieth century and represent a majority of the known graphite occurrences in Sri Lanka. Graphite mined in Sri Lanka is known to be some of the purest in the world, and currently accounts for less than 1% of the world graphite production.