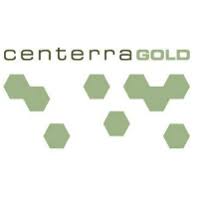 All figures are in United States dollars and all production figures are on a 100%-basis and continuing operations basis, unless otherwise stated. This news release contains forward-looking information regarding Centerra Gold’s business and operations. See “Caution Regarding Forward-Looking Information” in Centerra Gold’s Management’s Discussion & Analysis for the three months ended March 31, 2022 (“MD&A”) included in this press release. All references in this document denoted with NG indicate a “specified financial measure” within the meaning of National Instrument 52-112 Non-GAAP and Other Financial Measures Disclosure of the Canadian Securities Administrators. None of these specified measures is a standardized financial measure under International Financial Reporting Standards (“IFRS”) and these measures might not be comparable to similar financial measures disclosed by other issuers. See “Non-GAAP and Other Financial Measures” in the MD&A included in this press release for a discussion of the specified financial measures used in this document and a reconciliation to the most directly comparable IFRS measure.

Scott Perry, President and Chief Executive Officer of Centerra stated, “In the first quarter, we continued to demonstrate that safety remains Centerra’s top priority, as the Öksüt Mine once again achieved one million consecutive hours of work without a lost time injury. We continue with renewed focus on our safety journey at the Mount Milligan Mine.”

“In 2022, we continue to expect strong operational performance at the Mount Milligan Mine, with full-year guidance unchanged from the last update. The Öksüt Mine 2022 gold doré bar production guidance remains under review. While the ADR plant at the Öksüt Mine remains currently on a shutdown, mining, crushing, stacking, and leaching activities continue according to plan up to the stage of loading gold onto carbon. The Company continues to evaluate options to remediate the issue at the ADR plant while undertaking an analysis to determine alternative means of monetizing gold in carbon material which could provide a temporary solution until gold doré bar production is restarted at site or over the life of mine with minimal equipment required at the ADR plant.”

“Subsequent to quarter-end, we announced that we had entered into a global arrangement agreement with Kyrgyzaltyn and the Kyrgyz Republic, with the hopes to close the agreement in the coming months. This agreement allows Centerra to move forward with a renewed focus on our core operations. We continue to invest in greenfield and brownfield exploration, with increased drilling programs at the Mount Milligan and Öksüt Mines, where we have seen promising results. Following the closing of the Goldfield project’s acquisition, we initiated planning of drilling programs as well as permitting, community outreach, regulatory compliance and land management activities. We continue the work on the new Mount Milligan Mine technical report which is expected to be released in the second quarter of 2022.”

“Based on the Company’s continued strong financial position, operating results and cash flows, the Board approved a quarterly dividend of CAD$0.07 per share on May 3, 2022 to shareholders of record on May 18, 2022.”

“We expect 2022 to be a transformative year for Centerra and we expect to see continued strong performance from our operating mines, advancement of the Goldfield Project, and meaningful generation of cash provided by operating activities and free cash flowNG.”

Board and Management Changes

Centerra is pleased to announce the appointment of Wendy Kei to its Board of Directors. Ms. Kei is an accomplished finance executive with over 25 years of business experience in a variety of industries, including mining sector. She brings a strong focus on corporate governance, finance, risk management and significant expertise in executing complex mergers and acquisitions. Ms. Kei is a Chartered Professional Accountant and previously served as Chief Financial Officer of Dominion Diamond Corporation (formerly Harry Winston Diamond Corporation and Aber Diamond Corporation). Ms. Kei is a member of the Chartered Professional Accountants of Ontario, holds an ICD.D designation from the Institute of Corporate Directors and holds a Bachelor of Mathematics from the University of Waterloo. Ms. Kei was selected as a 2016 Diversity 50 Candidate by the Canadian Board Diversity Council.

Centerra also announces that Dan Desjardins has retired as the Company’s Vice President and Chief Operating Officer. The Company offers its sincere thanks and gratitude to Dan for his dedication, leadership and contributions to the strategic direction of Centerra during his many years of service since joining the Company in 2015. Under Mr. Desjardins’ leadership, first as President of Kumtor Gold Company and subsequently as Vice President and Chief Operating Officer, and through his enduring passion for continuous improvement, the Kumtor Mine was elevated to world-class status and the construction of the Öksüt Mine was delivered on time and under budget and has since fully repaid its upfront investment within its first two years of commercial production. The Company thanks Mr. Desjardins for his contributions to Centerra over the many years and wishes Dan all the best in his retirement.

Exploration activities in the first quarter of 2022 included drilling, surface sampling, geological mapping and geophysical surveying at the Company’s various projects and earn-in properties, targeting gold and copper mineralization in Canada, Turkey, Finland and the United States of America.

Exploration expenditures for the first quarter of 2022 were $8.2 million. The activities were primarily focused on expanded drilling programs at the Mount Milligan Mine and the Öksüt Mine.

In the first quarter of 2022, 18 drill holes totalling 11,320 metres of diamond drilling were completed at the Mount Milligan Mine, including exploration drilling (3,803 metres in 7 drill holes) and resource expansion drilling (7,517 metres in 11 drill holes). In 2022, drilling at the Mount Milligan Mine will continue to target gold and copper porphyry mineralization below and adjacent to the current ultimate open-pit boundary, as well as continue to test targets with potential for shallower mineralization peripheral to the current pits.

The Goldfield Project in Nevada has three known deposits, Gemfield, Goldfield Main and McMahon Ridge, as well as large areas of underexplored and highly prospective tenure. Initial exploration activities involved review and assessment of the geological, geophysical, geochemical, and drilling data, geological modelling and interpretation, planning of geophysical surveys, and the design of exploration and infill/resource expansion drilling programs. Airborne and ground geophysical surveys and reverse circulation drilling programs are planned to commence in the second quarter of 2022.

Selected drill program results and intercepts are highlighted in the supplementary data at the end of this news release. The drill collar locations and associated graphics are available at the following: http://ml.globenewswire.com/Resource/Download/9fed935b-5a71-4650-88dc-16d4481be14e

Centerra Gold Inc. is a Canadian-based mining company focused on operating, developing, exploring and acquiring gold and copper properties in North America, Turkey, and other markets worldwide. Centerra operates two mines: the Mount Milligan Mine in British Columbia, Canada, and the Öksüt Mine in Turkey. While the Company still owns the Kumtor Mine in the Kyrgyz Republic, it is currently no longer under the Company’s control. The Company also owns the Goldfield District Project in Nevada, United States, the Kemess Underground Project in British Columbia, Canada, and owns and operates the Molybdenum Business Unit in the United States and Canada. Centerra’s shares trade on the Toronto Stock Exchange and on the New York Stock Exchange. The Company is based in Toronto, Ontario, Canada.