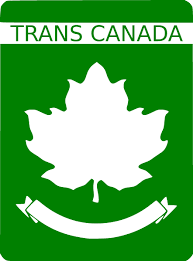 Centerra Gold Inc. (TSX:CG) and Premier Gold Mines Limited (TSX:PG) are pleased to announce that they have signed a definitive agreement to form a 50/50 partnership for the joint ownership and development of Premier’s Trans-Canada Property including the Hardrock Gold Project located in the Geraldton-Beardmore Greenstone Belt in Ontario.

Commenting on the partnership, Mr. Ian Atkinson, President and Chief Executive Officer of Centerra stated: “We are very excited to have this opportunity to work with Premier on the Trans-Canada Property. Forming this partnership gives Centerra’s shareholders exposure to a significant gold resource and an advanced stage development project in Ontario, Canada. The property has a large land package with exceptional exploration potential. As we have stated in the past it has been our goal to identify and acquire an additional production platform. We feel that the Trans-Canada Property, including the flagship Hardrock Gold Project, complements our growth pipeline which includes the Gatsuurt Project, in Mongolia and the Öksüt Project in Turkey.”

“This partnership is an important step in realizing Premier’s objective to become a prominent North American-focused gold producer,” stated Ewan Downie, President and Chief Executive Officer of Premier Gold. “With this partnership comes a more clear and certain path toward realizing the potential that the Trans-Canada Property represents to Premier shareholders and neighboring communities. We share in Centerra’s excitement and look forward to introducing them to nearby communities and local partners in the very near future.”


The Trans-Canada Property comprises a group of mineral claims situated within the Geraldton-Beardmore Greenstone Belt which extends for 110 kilometres between Lake Nipigon and the community of Long Lac in northern Ontario, Canada, located approximately 250 kilometres northeast of Thunder Bay. Together, the claim blocks cover an area of approximately 33,000 hectares consisting of unpatented mineral claims, mining leases and mining patent claims.

Located along the Trans-Canada Highway, the flagship Hardrock Project is found on one of the larger claim blocks and is central to a historic gold camp that produced approximately 3 million ounces of gold between 1936 and 1970. It benefits from excellent existing infrastructure with the town of Geraldton located only two kilometres to the north. The Hardrock Project is an advanced-stage project currently undergoing feasibility study. A Preliminary Economic Assessment was completed and the results published by Premier on January 28, 2014. Subsequently on July 8, 2014, an updated mineral resource on the Hardrock Project was published by Premier with an estimated 4.87 million total contained ounces of gold within an Indicated Resource (89.04 million tonnes (Mt) at 1.70 grams per tonne gold (g/t Au)) and 2.74 million ounces of gold in an Inferred Resource (23.15 Mt at 3.69 g/t Au). See the Technical Report and Mineral Resource Estimate Update for the Hardrock Deposit issued by Premier on August 22, 2014 and an effective date of July 4, 2014.

Along with the Hardrock Project, the Trans-Canada Property encompasses the mineral resources of the Brookbank, Kailey and Key Lake gold deposits. In its December 19, 2012 news release, Premier reported an open-pit Indicated Mineral Resource at Brookbank that is estimated to contain 171,000 ounces of gold (2.64 Mt at 2.02 g/t Au) together with an underground Indicated Mineral Resource estimated to have 429,000 ounces of gold (1.85 Mt at 7.21 g/t Au). The estimated Inferred Mineral Resource for the Brookbank deposit contains another 66,000 ounces of gold (0.57 Mt at 3.53 g/t Au). A PEA was completed by Premier for the Brookbank deposit, evaluating the project on a standalone basis and as one providing supplementary ore feed to the Hardrock Project (published on January 28, 2014). Together with the Hardrock deposit, these deposits attest to the mineral potential of the Trans-Canada Property.

In addition, several gold prospects and other high-potential exploration targets are recognized on the extensive land holdings of the partnership, including on the Viper claim block which is situated about 25 kilometres east of the Hardrock deposit. The gold deposits of the Geraldton-Beardmore Belt belong to the mesothermal, greenstone-hosted class of gold deposits which is also represented by the world-class ore systems found at Red Lake and Timmins, Ontario and in the Kalgoorlie district of Western Australia.

The Implementation and Partnership Agreement

Key terms of the agreements and the development strategy for Hardrock include:

The transaction is expected to close on or about March 6, 2015, subject to the receipt of applicable regulatory approvals and the satisfaction of customary conditions precedent. The Implementation Agreement and the form of limited partnership agreement will be filed on SEDAR.com.


Centerra is a leading North American-based gold producer operating, developing, exploring and acquiring gold properties in Asia and other markets worldwide. Centerra is the largest Western-based gold producer in Central Asia. Centerra’s shares trade on the Toronto Stock Exchange (TSX) under the symbol CG. The Company is headquartered in Toronto, Ontario, Canada.


Premier is one of North America’s leading exploration companies with a high quality pipeline of projects focused in proven, safe and accessible mining jurisdictions in Canada and the United States that includes world class gold mining districts such as Red Lake and Geraldton in Ontario and the Battle Mountain-Eureka Trend in Nevada.