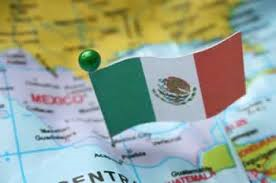 Cayden Resources Inc. (TSX-V:CYD) (OTCQX:CDKNF) is pleased to announce that it has completed its previously announced short form prospectus offering of 5,301,500 common shares, which includes 691,500 common shares issued on exercise of the over-allotment option, at an issue price of CAD$1.70 per share for gross proceeds of CAD$9,012,550. The Offering was conducted by a syndicate of underwriters led by Beacon Securities Limited and including Canaccord Genuity Corp.

Cayden is a junior mining company focused on delivering shareholder value through the acquisition, exploration and development of precious metal projects in Mexico. The management team at Cayden is highly experienced with an impressive track record of success in the discovery, development and financing of mineral projects. Cayden is also strongly committed to the highest standards for environmental management, social responsibility, health and safety for its employees and neighboring communities.