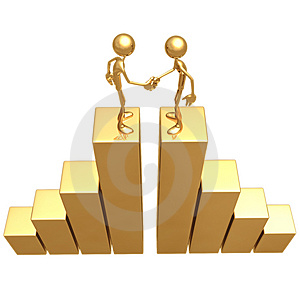 The Agreement contains the principal terms and conditions set out in the binding letter of intent between Castillian and Ridgemont and other customary terms and conditions, except Mr. Brian Penney, President and CEO of Ridgemont, has agreed to waive any severance payments that could be triggered by the Transaction in consideration for Castillian agreeing to increase the consideration under the Transaction to shareholders of Ridgemont from 0.574 to 0.593 of a Castillian common share for each common share of Ridgemont held. The board of directors of each company has unanimously approved the Transaction. Upon completion of the Transaction, existing Castillian and Ridgemont shareholders will own approximately 57.8% and 42.2% of the combined company, respectively, on a basic shares outstanding basis (assuming the issuance by Castillian of (a) 8,000,000 common shares to Ryan Gold Corp. to repurchase Ryan Gold’s 10% interest in the Hope Brook gold project and (b) the Severance Shares (as defined below)).

Following the completion of the Transaction, it is anticipated that Mr. Adrian Bray, P.Geo., will join Castillian’s board of directors and that the current executive management team of Castillian will be unchanged.

Pursuant to the terms of the Agreement, the Transaction will be conducted by way of a court-approved plan of arrangement under the Business Corporations Act (British Columbia), resulting in Ridgemont becoming a wholly-owned subsidiary of Castillian. Each Ridgemont common share issued and outstanding immediately prior to closing of the Transaction will be exchanged for 0.593 of a Castillian common share.

All options and warrants of Ridgemont outstanding immediately prior to closing of the Transaction will, following closing and subject to regulatory approval, be exercisable for that number of shares of Castillian using the same exchange ratio applicable to the common shares of Ridgemont under the Transaction, with corresponding adjustment to the exercise prices on the basis of such exchange ratio.

The Transaction is subject to customary conditions, including:

The Agreement includes a commitment by each of Castillian and Ridgemont not to solicit alternative transactions to the proposed Transaction. The Agreement provides that if a party terminates the Transaction in certain circumstances such party is obligated to pay to the other party $250,000 on account of costs and expenses in connection with the Transaction. Each party has also been provided with certain other rights, representations and warranties and covenants customary for a transaction of this nature, and each party has the right to match any competing offers made to the other party.

Ridgemont shareholders will be granted dissent rights which, if exercised in accordance with applicable requirements, will provide such shareholders the right to be paid the fair value for their Ridgemont common shares by Ridgemont.

Upon completion of the Transaction, Castillian will have 130.6 million common shares outstanding (153.6 million common shares on a fully-diluted basis), and the ownership of the combined company is expected to be approximately 57.8% by existing Castillian shareholders and 42.2% by former Ridgemont shareholders on a basic shares outstanding basis (assuming the issuance by Castillian of (a) 8,000,000 common shares to Ryan Gold Corp. to repurchase Ryan Gold’s 10% interest in the Hope Brook gold project and (b) the Severance Shares).

The terms of the Agreement will be described in detail in the management information circular of Ridgemont to be filed with the regulatory authorities and mailed to Ridgemont shareholders in accordance with applicable securities laws in respect of the annual general and special meeting of Ridgemont shareholders, currently scheduled to be held on June 24, 2013. Subject to shareholder, court and regulatory approvals, the Transaction is expected to close in July 2013.

Recommendation of Boards of Directors

ABOUT CASTILLIAN
Castillian Resources Corp. is a Canadian mineral exploration company listed on the TSX Venture Exchange under the symbol “CT” and on the OTCQX International under the symbol “CTIIF”. Castillian’s flag ship property is the Hope Brook Gold Project located in southwestern Newfoundland, which has 2.4 million tonnes at 1.48 g Au/t for 590,000 ounces of indicated mineral resources and 8.2 million tonnes at 2.07 g Au/t for 548,000 ounces of inferred mineral resources (see technical report entitled “Updated Mineral Resource Estimate Technical Report, Hope Brook Gold Project, Newfoundland and Labrador, Canada” and Table 1, effective October 1, 2012). The bulk of these ounces are within a potentially open pittable constraining shell defined at US$1,400 gold and a cutoff grade of 0.5 g Au/t. The property includes the former Hope Brook mine, which produced 752,163 ounces of gold from 1987 to 1997. The mine also produced a copper concentrate from 1993 to 1997.

Dr. Bill Pearson, P.Geo., President and CEO of Castillian, who is a qualified person as defined by NI 43-101, has reviewed and approved the scientific and technical content relating to Castillian in this press release.