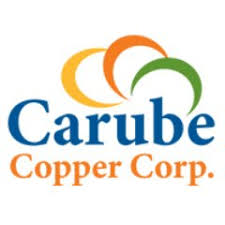 Each unit is comprised of one common share of the Company and one half of one Common Share purchase warrant. Each Warrant is exercisable into one Common Share at a price of $0.10 per Common Share for a period of two years from each closing date of this Offering.

Finders who source funds may earn a cash commission of up to 6% of the gross proceeds raised by such finder and may receive warrants entitling the finder to purchase that number of units at $0.06 per unit equal to 6% of the number of units sold by such finder. In connection with the second tranche of this Offering certain eligible persons were paid cash commissions totaling $49,728 which represent 6% of the proceeds raised from subscribers introduced to the Company by such Finders and were also issued an aggregate of 828,800 broker warrants, each Broker Warrant entitles the holder to acquire one unit at a price of $0.06 for a period of two years from the closing date. The common shares, Warrants and Broker Warrants issued in the second tranche of the Offering are subject to a hold period until July 23, 2018.

The proceeds of the Offering will be used for copper and gold exploration and for general working capital purposes including corporate costs. The actual allocation of net proceeds may vary depending on future operations or unforeseen events or opportunities.

This Offering is subject to final acceptance of the TSX Venture Exchange.

Carube Copper is focused on the exploration and development of copper and gold projects in Jamaica and Canada. In Jamaica, Carube Copper holds a 100% interest in 11 licenses totalling 535 square kilometres. In Canada, it holds a 100% interest in three porphyry copper-gold-molybdenum properties totalling 492 square kilometres within the Tertiary-aged Cascade Magmatic Arc in southwestern British Columbia. Carube is currently focused on its Bellas Gate Project in Jamaica where it has discovered widespread copper mineralization over a six and a half kilometre by four kilometre corridor indicating the presence of a very large system with the potential to host multiple copper-gold porphyries. The results to date have identified 17 target areas including the Connors porphyry where recent drill intercepts demonstrate excellent copper and gold mineralization.