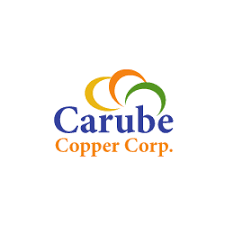 Carube Copper Corp. (TSX-V: CUC) announces that it has closed its previously announced non-brokered private placement through the issuance of 50,100,000 common shares in the capital of the Company at a price of $0.05 per Common Share for gross proceeds of $2,505,000.

The Offering is considered a related party transaction within the meaning of TSX Venture Exchange Policy 5.9 and Multilateral Instrument 61-101 as certain directors and officers of the Company subscribed for 4,920,000 Common Shares pursuant to the Offering. Such related party transaction is exempt from the formal valuation and minority shareholder approval requirements of MI 61-101 as neither the fair market value of securities being issued to the related parties nor the consideration being paid by the related parties exceeded 25% of the Company’s market capitalization. The participants in the Offering and the extent of such participation were not finalized until shortly prior to the completion of the Offering. Accordingly, it was not possible to publicly disclose details of the nature and extent of related party participation in the Offering pursuant to a material change report filed at least 21 days prior to the completion of the Offering.

The proceeds of the Offering will be used for copper and gold exploration and for general working capital purposes including corporate costs. The actual allocation of net proceeds may vary depending on future operations or unforeseen events or opportunities.

This Offering is subject to final approval of the TSX Venture Exchange.

Carube Copper is focused on creating substantive long-term value for its shareholders through the discovery and development of world class copper and gold deposits. Carube currently holds a 100% interest in 5 licenses covering 207 km2 of highly prospective copper-gold terrain in Jamaica, and a 100% interest in two porphyry copper-gold properties covering 337 km2 within the Cascade Magmatic Arc in southwestern British Columbia and a 100% interest in the 46 km2 Stewart Brook gold project in the Meguma gold belt of Nova Scotia. Carube is actively searching for additional high potential copper and gold properties to add to its portfolio.