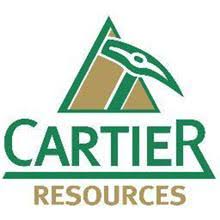 “The results from Cartier’s 124 drill holes totalling 58,054 m, along with the results of two completed internal engineering studies and two others still underway, have provided robust information which support our vision of potential scenarios for economic development,” commented Philippe Cloutier, President and CEO.

Table 2: Best results from the drilling campaign in the East Sector between December 2019 and June 2020 (FIGURE):

Table 3: Most recent mineral resource estimate for the Chimo Mine Property (FIGURE) using a gold price of US $1,300 per ounce and a cut-off grade of 2.5 g/t Au:

Note 2: Cartier Files NI 43-101 Technical Report on SEDAR for the Mineral Resource Estimate of the Central, North and South Gold Corridors on the Chimo Mine Property, InnovExplo Inc., June 17, 2020.

About Chimo Mine Project

Cartier Resources Inc., founded in 2006, is based in Val-d’Or, Quebec. The province of Quebec has consistently ranked as one of the best mining jurisdictions in the world, primarily because of its favourable geology, attractive fiscal environment and pro-mining government.

The scientific and technical information of the Company and the Chimo Mine Project, included in this press release, have been prepared and reviewed by Mr. Gaétan Lavallière, P. Geo., Ph. D., Vice President and Mr. Ronan Déroff, P. Geo, M. Sc., Senior Geologist, Project Manager and Geomatician, Qualified Persons as defined by NI 43-101. Mr. Lavallière approved the information contained in the press release.

Cartier’s analytical drilling results were obtained from samples measured along the drill core. NQ core samples are crushed up to 80% passing an 8 mesh and then pulverized to 90% passing a mesh of 200 mesh. Cartier inserts 5% of the number of samples in the form of certified standards and another 5% in the form of blank samples to ensure quality control. The samples are analyzed at the Techni-Lab laboratory (Actlabs), located in Ste-Germaine-Boulé, Quebec. The 50 g pulps are analyzed by fire assay and read by atomic absorption, followed by gravimetry for results above 5.0 g/t Au. For samples containing visible gold, 500 g of rock are analyzed by the “Metallic Sieve” method.