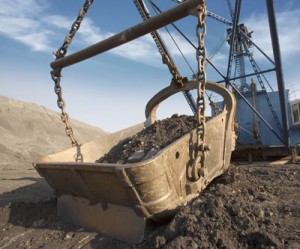 Cardero Resource Corp (TSX:CDU)(NYSE MKT:CDY)(NYSE Amex:CDY)(FRANKFURT:CR5) announces that the Company has successfully completed a private placement financing of Senior Secured Notes to raise net proceeds of $5,077,000 (USD 5,000,000). A portion of the net proceeds of the private placement was advanced to Cardero Coal Ltd., thereby enabling Cardero Coal Ltd. to exercise its option to acquire the shares of a private company that holds 4 coal licenses which form part of the Carbon Creek Metallurgical Coal Project.

Cardero Coal Ltd. exercised its option to acquire the Shares on April 22, 2013. Consideration for the exercise was payment of total consideration of cash in the amount of $5,000,000 (of which $2,000,000 had been previously paid and $3,000,000 was paid on the exercise of the option) plus the issuance by the Company of 400,000 common shares of Cardero to the optionor. Immediately following the exercise of option, the private company has been wound up and the coal licenses and other assets of the private company were transferred to Cardero Coal Ltd.

The Company has completed a placement of senior secured notes in the aggregate principal amount of USD 5,500,000 with certain affiliates of Luxor Capital Group, LP. The Notes were issued on April 22, 2013, have a one year term and were issued at a 9.1% discount to net the Company USD 5,000,000 ($5,077,020) with interest accruing at the rate of 10% per annum, payable semi-annually (13% after an event of default). The Notes are secured by a general security agreement over the assets of the Company, as well as a specific pledge of the shares of Cardero Coal Ltd. Cardero Coal Ltd. also provided a corporate guarantee. The Notes may be redeemed by the Company at any time at par plus accrued interest. Should there be a change of control of Cardero Coal Ltd. while the Notes remain outstanding, the holders of the Notes will have the right to put the Notes to the Company for an amount equal to 110% of par plus accrued interest. As a bonus for subscribing for and purchasing the Notes, the holders of the Notes will, subject to TSX and NYSE MKT acceptance, be issued an aggregate of 2,000,000 common shares of the Company (the “Bonus Shares”). The Bonus Shares will be subject to a hold period in Canada of four months from the date of issuance, plus additional restrictions under United States securities laws. If the Bonus Shares are not issued on or before May 13, 2013, then the interest rate will be increased to 20% (23% after an event of default) and the premium payable on a change of control will be increased to 120%.

A portion of the net proceeds ($3,000,000) was advanced by the Company to Cardero Coal Ltd. to fund the exercise of the option to acquire the Shares, and the balance will be used for working capital.

The Carbon Creek Metallurgical Coal Deposit is the Company’s flagship asset. Carbon Creek is an advanced metallurgical coal development project located in the Peace River Coal District of northeast British Columbia, Canada. The project has a current reserve of 121 million tonnes, included within a 468 million tonne measured and indicated resource, of ASTM Coal Rank mvB coal. Mineral resources are not mineral reserves and there is no assurance that any of the additional mineral resources that are not already classified as reserves will ultimately be reclassified as proven or probable reserves. Mineral resources which are not mineral reserves do not have demonstrated economic viability. Having completed acquisition of the project in June 2011, the Company released results of an independent preliminary economic assessment in December 2011, followed by a Prefeasibility Study (“PFS”) in September 2012. The PFS estimates an undiscounted cash flow of $2.2 billion, an NPV8 of $633 million, and an IRR of 24% (all on a post-tax, 75% basis). The Company is currently undertaking a bankable feasibility study on the project.

For details with respect to the work done to date and the assumptions underlying the current resource and reserve estimates and prefeasibility study, see the technical report entitled “Technical Report, Prefeasibility Study of the Carbon Creek Coal Property, British Columbia, Canada” dated November 6, 2012 with an effective date of September 20, 2012 and available under the Company’s profile at www.sedar.com.

EurGeol Keith Henderson, PGeo, Cardero’s Executive Vice President and a qualified person as defined by National Instrument 43-101, has reviewed the scientific and technical information that forms the basis of this news release, and has approved the disclosure herein. Mr. Henderson is not independent of the Company, as he is an officer and shareholder.