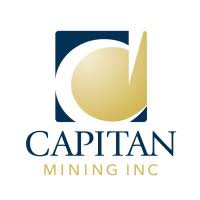 The five drill holes reported herein targeted the western and eastern limits of the Capitan Main zone, where there was limited knowledge of continuity and grade as historic drilling was sparse in these areas. The purpose of these holes was to confirm the potential to expand Capitan Hill mineralization within these areas, as well as investigate the undrilled potential along strike.

Capitan’s CEO, Alberto Orozco, stated: “The current drill program has continued to confirm our thesis that there is excellent potential to expand the size of the known resource at Capitan Hill. Results from the ongoing program continue to show wide intercepts of mineralization coincident with deep zones of oxidation, both down-dip of known gold zones, and also within areas of sparse, historic drilling along strike. We are excited to see that gold and silver mineralization continues to expand and remains open in all directions. This is indicative of how premature the maiden resource was for this project.”

Hole 20-CARC-13 was drilled on section -500, 70 m from of the western limits of the Capitan main zone. Historic drilling located up-dip (CDDH-12-21) intersected typical Capitan Hill style mineralization, but to the west, historic drilling indicated the zone was somewhat narrower and weaker. Hole 20-CARC-13, which returned 100.6 m of 0.42 g/t AuEq, illustrates that this may be a local, weak area in the Capitan main zone, and that drilling on the section to the west was located just above of the main plunge of Capitan Hill zone. Further drilling will be planned to investigate the western extension of the Capitan main zone and to further investigate the undrilled potential beyond the current drilling limits.

Holes 20-CARC-10, 14 and 15 were drilled within the eastern most portion of the Capitan main zone, where historical drilling was generally widely spaced, targeting the zone close to surface.

Hole 20-CARC-15 drilled on section 300 was a step-out hole to designed to test the down-dip extension below historic core hole CDDH-11-03. The hole intersected 5 separate zones of Capitan hill style mineralization, ranging in width from 7.6 to 38.1 m, and returned generally low grades, the most significant being 16.8 m of 0.24 g/t AuEq. This hole successfully extended the main Capitan Hill zone between 50 and 85 m down-dip. 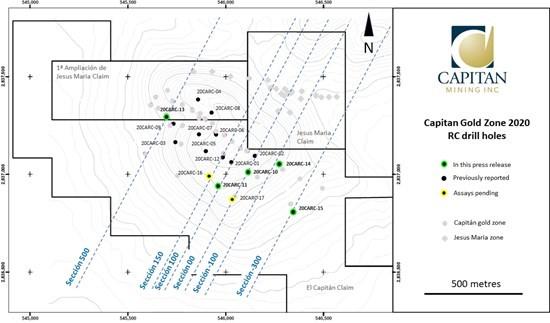 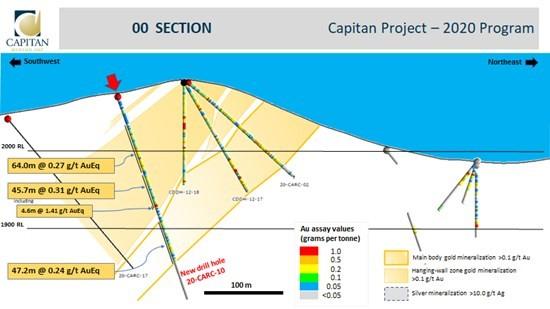 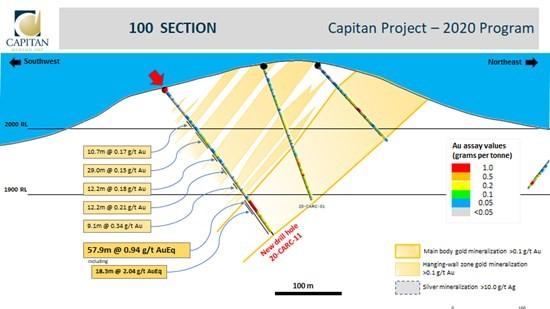