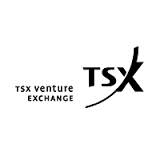 As of December 9, 2013, the shares of Canoe Mining will commence trading on the TSX Venture Exchange under the symbol “CLV”.

The Qualifying Transaction was carried out by means of securities exchange agreements between C Level, Giyani Gold Corp. and two minority OntarioCo shareholders pursuant to which C Level acquired all of the issued and outstanding common shares of OntarioCo in exchange for the issuance of 20,000,000 common shares in the share capital of the Resulting Issuer, Canoe Mining.

The board of directors of Canoe Mining, as appointed by the shareholders of C Level on June 27, 2013 and effective as of the date hereof, consists of Duane Parnham, Scott Kelly, Jean-François Pelland, Jorge Estepa, and Eugene Lee.

The directors are also pleased to announce the appointment, effective as of the date hereof, of Mr. R. Bruce Durham, P.Geo as an independent member of the board of directors.

Mr. Durham is a Professional Geologist, who graduated from the University of Western Ontario in 1976. He has been President, CEO and a director of Goldspike Exploration Inc. (TSXV: GSE) since 2010 and Chairman of Temex Resources Corp. (TSXV: TME) since May 2007. Mr. Durham has been a member of the board of directors of Nebu Resources Inc. (TSXV: NBU) since April 2008, of NMC Resource Corporation (TSXV: NRC) since March 2010, of Rainbow Resources Inc. (TSXV: RBW) since November 2009, of Schyan Exploration Inc. (not listed) since October 2008, of Solvista Gold Corporation (TSXV: SVV) since October 2013, and of Norvista Capital Corporation (not listed) since November 2013. He has also held various management positions with Canadian Royalties Inc., including President, Vice President Exploration and Vice President Business Development between 1998 to 2007. Mr. Durham has worked in mineral exploration for over 30 years in various positions with junior and senior mining companies exploring primarily for precious and base metal deposits in Ontario and Quebec, but also with companies exploring across Canada, in the United States, and in Africa.

The officers of the Corporation include R. Charles (Chuck) Allen as President and Chief Executive Officer, Ron Reed as Chief Financial Officer, and Jo-Anne Archibald as Corporate Secretary.

Canoe Mining is a company incorporated under the Canada Business Corporations Act, since June 10, 2011, with its registered and head office in Oakville, Ontario. It is a reporting issuer in the provinces of British Columbia, Alberta, Saskatchewan, Manitoba, and Ontario.

Canoe Mining’s primary property is the Iron Lake Project and its qualifying property, or property of merit, is the Keating and Killins Property that forms part of the Iron Lake Gold Project located near White River, Ontario.