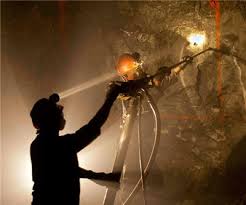 CANGOLD LIMITED (TSX-V:CLD) and GREAT PANTHER SILVER LIMITED (TSX:GPR) (NYSE MKT:GPL) are pleased to announce that further to the binding letter agreement announced on February 26, 2015, they have entered into a definitive arrangement agreement pursuant to which Great Panther will, subject to the terms and conditions of the Arrangement Agreement, acquire all of the issued and outstanding common shares of Cangold by way of a court-approved plan of arrangement.

The transaction will result in Great Panther adding more than 6,000 hectares of the advanced stage Guadalupe de los Reyes Gold-Silver Project to its existing portfolio of projects and two primary silver producing mines in Mexico at Guanajuato and Topia. The transaction also adds Cangold’s Plomo Gold Project in Mexico, and its past-producing Argosy Gold Mine in the Red Lake Mining Division of northeastern Ontario, Canada.

Completion of the Arrangement is subject to approval by the Supreme Court of British Columbia and the affirmative vote of Cangold shareholders at a special meeting that is expected to be held on May 22, 2015. At the Meeting, the Arrangement will require approval by at least two-thirds (66%) of the votes cast by Cangold shareholders present in person or represented by proxy and entitled to vote at the meeting.

Pursuant to the terms of the Arrangement Agreement, the Arrangement is also subject to customary conditions, including support of the transaction by directors, officers and significant shareholders of Cangold, and receipt of applicable regulatory and third party approvals and consents as may be required to effect and complete the transaction, including approval of the Toronto Stock Exchange and applicable filings with the NYSE MKT and the TSX Venture Exchange. Completion of the transaction is also subject to Great Panther being satisfied with the results of its due diligence investigations and receipt by Great Panther of an opinion of Mexican legal counsel relating to the option Cangold holds in respect of the Guadalupe de los Reyes Gold-Silver Project in Sinaloa State, Mexico. The Arrangement Agreement also provides for a payment of a termination fee of C$250,000 by Cangold to Great Panther in certain circumstances where the transaction is not completed.

Assuming that all requisite approvals are received, Great Panther and Cangold expect to close the proposed Arrangement prior to the end of May 2015. Upon completion, all of the members of the Cangold Board will resign and the current management team of Great Panther will manage Cangold after completion of the Arrangement.

The terms of the Arrangement will be described in further detail in the Management Information Circular of Cangold to be filed with regulatory authorities and mailed to Cangold shareholders in late April 2015 in accordance with applicable securities laws.

Cangold security holders and other interested parties are advised to read the materials relating to the proposed Arrangement, including the Arrangement Agreement, that will be filed by Cangold with securities regulatory authorities in Canada when they become available. Anyone may obtain copies of these documents when available free of charge at the Canadian Securities Administrators’ website at www.sedar.com.

Advances from Great Panther to Cangold

Under the terms of the previously announced loan agreement dated February 25, 2015 among Great Panther, Cangold and a Mexican subsidiary of Cangold Great Panther has provided Cangold with credit advances in the aggregate amount of approximately C$1,000,000 (including an initial advance of US$580,000). Pursuant to the Loan Agreement, the outstanding principal balance owing to Great Panther bears interest at the annual rate of 15% and is secured by a general security agreement and share pledge agreement over the shares of Cangold’s Mexican subsidiary. As previously announced, Cangold has issued 2,897,680 bonus Cangold Shares to Great Panther in connection with the initial advance of US$580,000 and has applied to the TSX-V for approval of the issuance of an additional 1,060,000 bonus Cangold Shares in connection with additional advances (in the aggregate amount of C$265,000) under the Loan Agreement.

This announcement is for informational purposes only and does not constitute a solicitation or a proxy.

Great Panther Silver Limited is a primary silver mining and exploration company. Great Panther’s current activities are focused on the mining of precious metals from its two wholly-owned operating mines in Mexico: the Guanajuato Mine Complex, which includes the San Ignacio satellite mine, and the Topia Mine in Durango. Great Panther also has two exploration projects in Mexico, El Horcon and Santa Rosa, and is pursuing additional mining opportunities in the Americas.

Cangold Limited is a junior exploration company engaged in the exploration and development of gold projects in Mexico and Canada. Cangold’s primary focus is advancing the Guadalupe de los Reyes Gold-Silver Project in Sinaloa, Mexico towards the pre-feasibility stage. Cangold also owns a 100% interest in the past-producing Argosy Gold Mine in northwestern Ontario and the prospective Plomo Gold Project in Sonora State, Mexico.