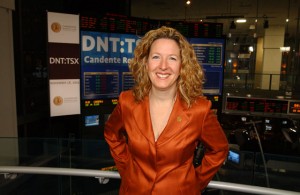 Candente Copper Corp. (TSX:DNT) (PINKSHEETS:CCOXF) (LMA:DNT) is pleased to announce that it has completed its previously announced non-brokered private placement for total gross proceeds of $1,369,727.40.

Finders were paid finder’s fees comprised of $60,478.20 in cash and were issued 403,188 share purchase warrants (having the same terms as the Warrants) in connection with the Private Placement.

Net proceeds from the Private Placement will be used for ongoing Environmental and Social Impact Assessment activities and for general corporate purposes.

Candente Copper is a mineral exploration company engaged in the acquisition, exploration and development of mineral properties. The company is currently focused on its 100% owned Canariaco project, which includes the Feasibility stage Canariaco Norte deposit as well as the Canariaco Sur deposit and Quebrada Verde prospect, located within the western Cordillera of the Peruvian Andes in the Department of Lambayeque in Northern Peru.

In addition, Candente Copper holds several other base metal exploration projects in Peru. One of these, the Arikepay copper-gold porphyry, is being explored under a joint venture agreement with Zahena S.A.C. who is funding up to USD$5 million (M) in exploration expenditures and USD$4M in payments within 4 years.